Inside The Call: Hoka One One Again Stars For Deckers 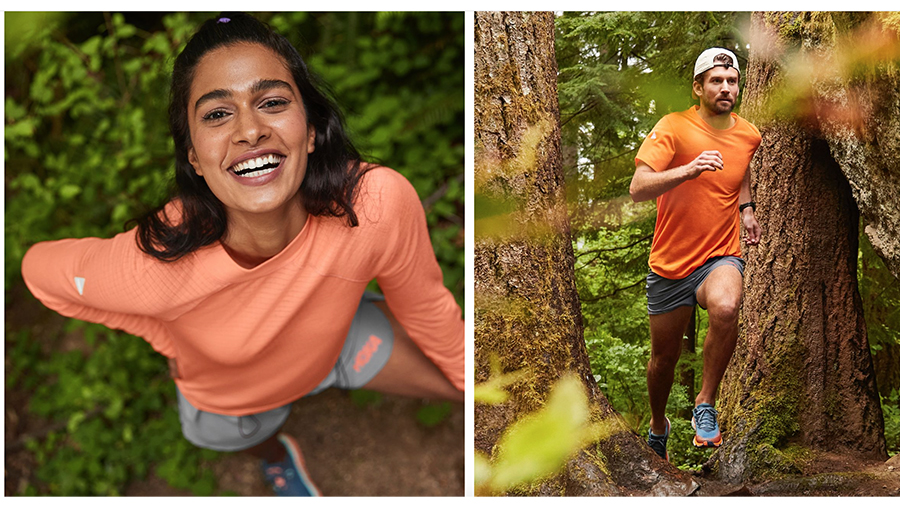 Deckers Brands reported sales and earnings missed Wall Street’s targets in its fiscal second quarter ended September 30 as numerous supply chain challenges slowed Ugg’s growth in the quarter. However, the company still maintained its revenue outlook for the full year, driven by its projected 50-plus percent growth at Hoka One One.

In the quarter, revenues increased 15.8 percent to $721.9 million, missing Wall Street’s consensus estimate of $771.5 million. Sales were up 33 percent over the second quarter two years ago.

On a conference call with analysts, David Powers, CEO, said that like many others, Deckers had experienced logistics bottlenecks that led to a large volume of products in transit as of September 30, but the company currently views itself as less vulnerable than others due to lower exposure to Southern Vietnam factory production.

“Our bottlenecks are largely related to import congestion, which has primarily affected the Ugg brand as the second quarter historically represents peak levels of fall product arriving from overseas factories,” said Powers. “While we successfully shifted more Ugg shipments into the first half in response to anticipated logistic issues, we experienced significant delays in containers being processed and released at the ports during the second quarter. We are working diligently with our logistics partners to process these shipments and will continue to do so.”

Ugg’s Q2 Sales Climb 8.0 Percent
Ugg’s sales in the quarter expanded 8.0 percent to $448.4 million. The growth was driven by the brand’s increasingly diversified product assortment, reflecting growing penetration of men’s, kids and noncore women’s footwear as well as growth in apparel and accessories.

Ugg’s direct-to-consumer (DTC) mix remained well above pre-pandemic levels; however, the second quarter continued to primarily reflect fall product sell-in to Ugg wholesale accounts. Powers said the sell-through of Ugg products during last year’s fall season was robust, which resulted in depleted marketplace inventories. He said, “This provided the opportunity for Ugg to leverage its marketplace management strategy and reset wholesale inventories with its most diverse product assortment to date.”

The Fluff franchise has been a leading element of brand diversification in the U.S. over the past few years, and the original Fluff Yeah remained the number one DTC acquisition style in Q2. New outdoor versions such as the Oh Fluffita and Disco Slide also resonated with customers in Q2.

Men’s footwear increased revenue north of 20 percent in the second quarter. Ugg continues to drive record-high levels of consideration among male 18- to 34-year-olds with popular products such as the Tasman.

Beyond footwear, Ugg’s expanded ready-to-wear apparel collection is entering its second fall season with items including fleece, Sherpa, full fur, and shearling. In September, Ugg launched its first apparel-dedicated marketing campaign that has since generated over 500 million press impressions, including coverage in Vogue and in Style magazines.

Internationally, Ugg is making strong progress in Europe with just under half of the brand’s second-quarter online purchases new to the brand. Key styles driving consumer acquisition in the region included the Classic Mini, Classic Clear and the Men’s Ascot. China is delivering the highest growth rate for Ugg worldwide.

“Looking toward the second half of fiscal 2022 for Ugg, we expect to drive sell-through of the brand’s diversified product assortment, both with our wholesale partners and through our direct-to-consumer channels,” said Powers. “We have confidence in the continued strong demand for the Ugg brand and are actively working to mitigate macro supply chain challenges to deliver peak holiday season sales.”

“The Hoka ecosystem continues to experience exceptionally balanced growth across the brand’s global points of distribution and portfolio of products,” said Powers.

Powers highlighted newer growth initiatives, including its recent opening of pop-up shops in New York and Los Angeles and the brand’s first owned and operated stores in China.

“The Hoka retail strategy is in the infancy stage,” said Powers. “The brand is testing multiple strategies and learning from our results and feedback to provide the ultimate consumer experience, which currently features community events and workshops designed to bring Hoka consumers together. Though too soon to make any definitive statements on Hoka stores, we have been very pleased with the initial response from our foot traffic, sales and service perspective.”

He said once the brand comes up with an optimal format, additional locations will open in China’s mono-brand market and longer-term retail opportunities in North America and Europe will be explored.

A second priority for Hoka is developing a “compelling” product line that will bring more of a shopping experience to Hoka’s retail locations.

“Conversion to apparel purchasing is proving to be more successful in our stores than online, as Hoka has sold a higher percentage of apparel at retail compared to e-commerce since the stores have opened,” said Powers. “While we are still very early in developing the Hoka apparel strategy and product line, we are actively building an exceptional team to support this phenomenal brand’s long-term opportunities.”

Highlights in the second quarter for Hoka included a 97 percent increase in global acquisition online with the help of prioritizing digital marketing avenues that target 18- to 34-year-old consumers. Powers said, “We are pleased to see that the younger consumers are adopting the Hoka brand both through its heritage Clifton and Bondi styles as well as through newer styles aimed at the demographics such as the Mach four and the Rincon 3.”

Considerable gains in consumer acquisition and retention in the U.K. and Germany, two of Hoka’s key focus markets, are driving “exceptional” growth in the EMEA DTC.

“The Hoka team also continues to review planned product launch dates, and we’ll make strategic adjustments to ensure a healthy full-price sell-through of existing and future models just as the brand has done in the past. Hoka is well-positioned to gain greater market share globally as the brand expands consumer awareness through strategic marketing activations, including event sponsorships, pop-up retail, digital targeting, and forthcoming brand campaigns. Congratulations to the entire Hoka team on another stellar quarter,” said Powers. “We look forward to continued brand execution for the second half of fiscal year 2022 and beyond as Hoka builds to a multibillion-dollar leader in the performance lifestyle space.”

Wholesale Revenues In Q2 Expand 20.7 percent
By channel, Wholesale net sales for the second quarter increased 20.7 percent to $545.2 million and was up plus 23 percent versus two years ago.

“Wholesale comparisons continue to be unique as we’re lapping some disruption in the prior year and currently facing macro logistics pressures and bottlenecks that have altered shipment timing as compared to historical patterns,” said Powers. “Ugg and Hoka drove wholesale growth as Ugg is refilling depleted marketplace inventories while gaining incremental volume in new categories and Hoka continues to gain market share globally.”

DTC sales for the quarter increased 2.8 percent to $176.7 million and were up 79 percent versus two years ago. While Ugg DTC declined versus last year, the brand is ahead 37 percent above pre-pandemic second quarter DTC volume. Hoka DTC catapulted 81 percent versus last year, which is on top of the prior year’s triple-digit increase, reflecting the brand’s consumer acquisition gains and greater repeat purchasing from existing consumers.

Full Fiscal Year Revenue Guidance Maintained
For 2021, net sales are still expected to be in the range of $3.01 billion to $3.06 billion, equating to 18 percent to 20 percent growth.

Hoka is expected to show 50-plus percent growth in the fiscal year to eclipse $875 million of revenue. Ugg is seen expanding high single-digits, reflecting pressure on the prior high end of the range due to shipment disruption. Teva is still growing in the high teen’s range and Koolaburra and Sanuk are both expected to be approximately flat to last year.

Gross margin is now expected to be approximately 51.5 percent, lower than prior guidance, due to further pressures from increasing costs related to ocean containers and greater utilization of airfreight as port congestion and trucking scarcity have worsened.

However, SG&A is now expected to be approximately 34 percent of revenue, targeted temporary expense reductions, allowing Deckers to maintain the prior high end of operating margin range at 18 percent. The EPS range has been expanded to $14.15 to $15.15 versus 14.45 to $15.10 previously.

On the positive side, Fasching said less than 10 percent of the company’s Vietnam production is done in the Southern region, which experienced factory shutdowns during the second quarter. As a result, the factory shutdowns aren’t expected to “materially” impact full-year revenue guidance. A portion of the impacted Vietnam production was shifted to alternative existing partner factories although it may lead to delays in the timing of receipts.

Nonetheless, Fasching said additional production lines have been secured in new geographic locations with existing partners and new long-term strategic factory partners have been on-boarded as part of long-term mitigation efforts. Deckers also plans to carry more inventory this year and into next year as a near-term resolution to the global supply chain disruption isn’t anticipated. The inventory will act as a hedge to inflationary pressures expected in fiscal year 2023.

The more challenging near-term hurdle are delays at ports that postponed shipments to warehouses in Q2. In a typical year, roughly 20 percent of inventory is in transit at the end of September, but approximately 45 percent of Deckers’ inventory is in transit this year. Said Fasching, “Even with product beginning to move off the water as well as packed and staged at the warehouse, some of our wholesale partners are experiencing labor shortages and logistic constraints in their own operations, which is further hindering our ability to deliver shipments in a timely manner.”

Additionally, on the international front, numerous start-up challenges have been experienced during its 3PL distribution center transition in Europe and continued pressures is expected in the near term.

From a freight expense standpoint, costs for ocean containers remain escalated and elevated levels of airfreight are being tapped to offset production and port delays. He noted that Hoka is implementing targeted price increases for specific products which will help partially offset higher airfreight costs, but some level of gross margin compression is expected. Fasching added, “As with the rest of our peers and industry, we are dealing with a number of challenges, but I have the utmost confidence in our employees and their resilience to overcome these hurdles.”