Inside The Call: G-III Apparel Pivots Toward Athleisure And Casual Offerings 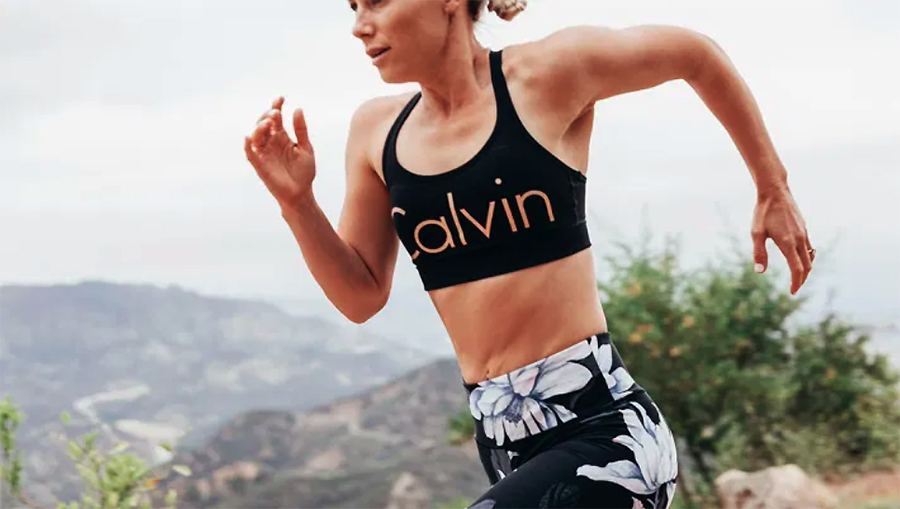 G-III Apparel Group reported third-quarter sales were sharply below year-ago levels and predicted a 30 percent fourth-quarter slump. However, results recovered better than expected as shifts toward athleisure and more casual offerings are paying off.

“During this past quarter, we realized significant sequential improvement from our previous quarter,” said Morris Goldfarb, G-III’s chairman and CEO, on a conference call with analysts. “Retailers are figuring out how to manage through this pandemic and consumers are buying to their adjusted lifestyle needs. Our merchants early on were able to identify the meaningful shift in consumer demand toward casual and comfortable clothing, as well as outdoor active attire. As an agile organization, our personnel are empowered to act quickly to redistribute resources and allocate purchasing dollars, enabling us to have the right inventory at the right time for the right price.”

Net income was down 33.8 percent to $63.2 million, or $1.29 per diluted share, but handily topped Wall Street’s consensus estimate had been 77 cents a share. G-III had shown a $15 million loss in the second quarter.

“As expected, we saw demand for athleisure accelerated across all our brands,” said Goldfarb. “Our replenishment programs continue to represent an important sales driver both in stores and online as we are quickly able to restock product as demand takes shape. With three of our power brands; Calvin Klein, Tommy Hilfiger and DKNY, we are known for providing some of the best fashion and technical design in athleisure and see the category as a very significant opportunity as we move forward.”

In the Q&A session, Goldfarb noted that Calvin Klein represents the biggest part of the company’s athleisure business, followed by Tommy Hilfiger and DKNY. He estimates that combining those three brands, G-III “could be classified as the largest piece of the department store athleisure offering.”

But he added that athleisure trends “flows into almost everything that we do” and  G-III is well positioned around the broader trends around casual dressing. He said, “Our entire product mix reflects what the consumer is looking for today. It’s not simply the athleisure category.”

In other areas, Goldfarb said the recently-launched Calvin Klein, Tommy Hilfiger and DKNY jeans collections have enabled G-III to “become an important player in the denim space in a very short period of time.” Jeans are also helping G-III reach a younger consumer and further align the company with the currently strong casual and active lifestyle trends.

Outerwear Being Repositioned For The Active Consumer
G-III saw better demand for outerwear during the quarter and the range is being positioned around active lifestyles. He said, “For the fall and holiday season, our outerwear collections featured expanded offerings of transitional mid-weight styles featuring puffer jackets and layered pieces, consisting of various stretch fabric as well as wafers. We believe our outerwear business is well-positioned as consumers maintain an active lifestyle for the foreseeable future.”

In sportswear, casual offerings are likewise a focus with an emphasis on knit and woven tops and sweaters as well as casual comfortable dresses and bottoms.

The DKNY footwear business saw strong sell-throughs at retail, driven by relaxed styles including canvas footwear and boots. Strength is also being seen in Calvin Klein and DKNY handbag offerings with a shift towards “softer styles which complement our consumers’ new lifestyle.” The Karl Lagerfeld Paris will launch this spring in approximately 75 new Macy’s doors.

In the retail segment, the closing of all its G.H. Bass and Wilsons Leather stores is almost complete. The closures come as operating losses in its retail segment related to these stores were approximately $50 million last year. The company’s DKNY and Karl Lagerfeld Paris stores are performing better than expected. It now operates 39 DKNY and 13 Karl Lagerfeld Paris locations. The closures had affected 110 Wilsons Leather and 89 G.H. Bass stores and aggregate net costs and charges of approximately $100 million are expected this year in connection with this restructuring.

Gross margins improved 60 basis points to 36 percent. The improvement was primarily driven by the gross margin percentage in its wholesale operations segment, which was 35.5 percent compared to 33.2 percent in last year’s quarter. Wholesale gross margins were positively impacted by the reversal of previously anticipated markdown accruals that are no longer necessary due to the reduced wholesale sales. Gross margins in its retail operations segment fell to 33.9 percent compared to 49.3 percent in the prior year’s quarter and was primarily impacted by store liquidations for Wilsons and G.H. Bass.

Looking ahead, the 30 percent decline expected for the fourth quarter reflects the ongoing negative impact of the COVID-19 pandemic. G-III officials also felt the third quarter received a boost from replenishment because stores had been overly cautious with inventories coming into the quarter.

Goldfarb said outerwear sales have been softer-than-expected early in the fourth quarter due to weather but he believes the category is well-positioned around the casual and active trends once colder weather arrives.

“The outerwear that we’ve produced is basically a derivative of the outdoor trends that people are looking for,” said Goldfarb. “There’s been outdoor eating. People are spending more time in activities outdoors and their outerwear reflects it. We’ve produced an unimaginable amount of filled and unfilled breathable fabrics for our puffer jackets. Most of them had stretch in them. We have unique fabrics unique to G-III that have sold incredibly well, and our fake fur business was quite good. Where we lack is where we were born, which was a leather business and some of the wool business that we were successful with years ago that’s not in play right now. So it’s mostly puffer and stretch fabrics that are driving our business.”