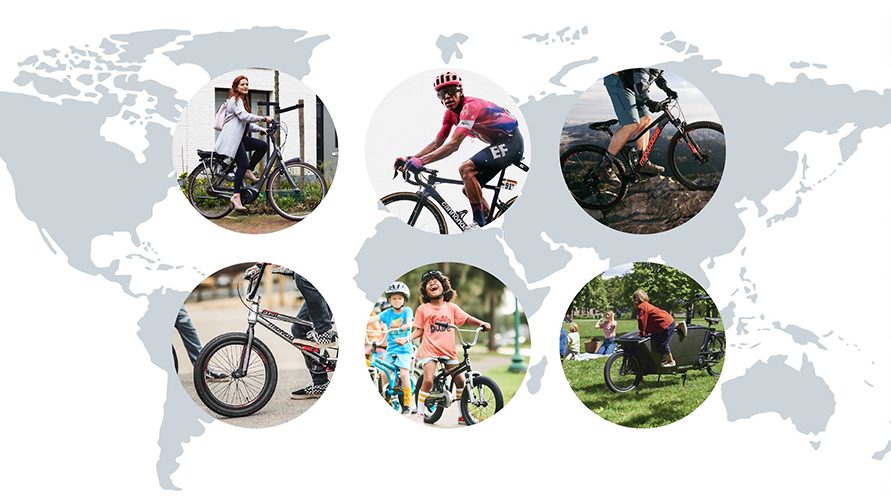 The constraints are also impacting Dorel’s Home and Juvenile segments.

“While demand for our products remains strong and we have not lost market share, the situation has become overwhelming, and it is difficult to predict when it will end,” Schwartz said on a call with analysts. “At the outset, the concern was the high cost of containers. This is still the case, but the ramifications are now far more wide-ranging with the snowball effect. Now, it is difficult to even get containers.”

He added, “The loading process is slow. Ships sitting offshore waiting to enter ports because of delays on unloading trucks are hard to find, and trucks are hard to find. And what’s finally at the destination, warehousing and handling for both us and our customers is more complicated and more expensive. This is presenting challenges to meet the continuing consumer demand for Dorel products, but we are actively working on the solutions.”

At the Dorel Sports segment, revenue slipped 0.6 percent to US$303.6 million due to the supply chain challenges and component shortages. Excluding the impact of foreign exchange rates, year-over-year organic revenue declined 1.2 percent.

Jeffrey Schwartz, CFO, added, “The bike business is still short significant amounts of inventory, particularly on the Cannondale side.”

Dorel Sports is now listed as a discontinued operation following Dorel’s announcement on October 11 that it had entered into a definitive agreement to sell the business to Pon Holdings B.V., a Dutch mobility group, for US$810 million in cash

Dorel said that prior to the reclassification as assets held for sale as at September 30, 2021, the company concluded that the transaction to sell the Sports segment was an indication that previously recognized impairment losses in the Sports segment might no longer exist or may have decreased. The company calculated the assets’ recoverable amount and therefore recorded a reversal of previously recognized impairment losses on intangibles of US$72.9 million.

Operating profit at the Dorel Sports segment for the quarter was US$43.1 million compared to US$24.2 million last year. Excluding the reversal of prior year impairment losses, the adjusted operating loss was US$29.8 million compared to an adjusted operating profit of US$27.8 million. Gross rofit in the quarter at the segment declined by 110 basis points, mainly due to increased ocean freight and factory costs.

Year-to-date revenue at the Dorel Sports segment was US$891.3 million, up 14.4 percent from a year ago.

Regarding the decision to sell Dorel Sports, Martin Schwartz said, “Acting on the feedback from our shareholders earlier this year, we embarked on a thorough review of strategic alternatives. We are pleased that this transaction has accomplished our objective of unlocking shareholder value. We have been able to monetize Dorel Sports at a time when the demand for bicycles remains very strong. Investor interest in Dorel has certainly picked up since the announcement. The main question is how the net proceeds of over seven hundred million will be used. We are looking at various scenarios and, as we have said, we will provide details once the deal closes, which is expected before the end of Q1 next year.”

Regarding its outlook, Martin Schwartz said the risks and rising costs associated with supply chain disruptions seen at the end of the second quarter impacted third quarter more than anticipated and is “not yet easing.” As a result, fourth-quarter expectations are now lower than previously projected.

Dorel sees declining profits in Home and break-even results at the Juvenile segment in the fourth quarter with both seeing limited impacts from pricing actions. Schwartz said Dorel Sports “continues to see strong demand, while navigating the same issues as our other segments.”

Schwartz added, “The sale is on track for closure in the first quarter of 2022. I want to take this opportunity to thank the sports segment employees for their contributions to Dorel and for their ongoing support of the sale process.”