Inside The Call: BOA And Marucci Lead CODI’s Q2 Gains, 5.11 May Seek IPO 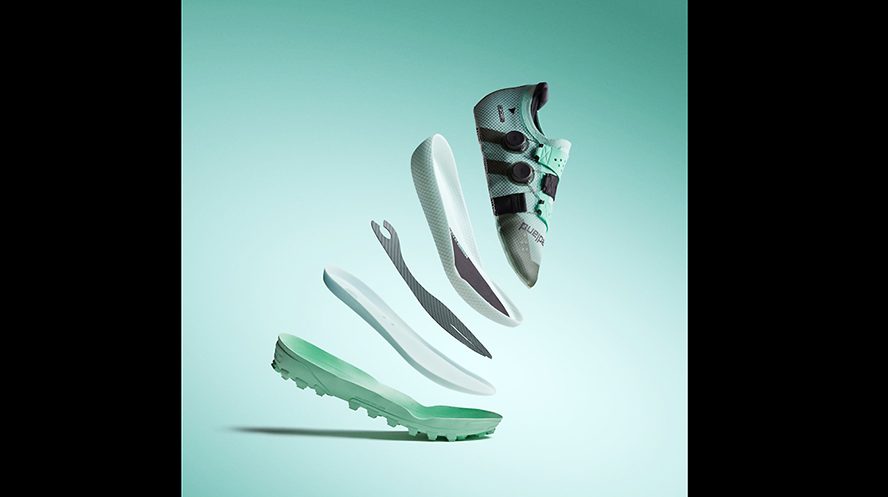 Sales grew 80 percent at BOA Technology and more than four-fold at Marucci Sports to lead the branded consumer portfolio gains at Compass Group Diversified Holdings in the second quarter. CODI officials also announced it is exploring a potential IPO for 5.11.

On a conference call with analysts, Elias Sabo, partner and CEO, said of 5.11, “We have initiated a process to preliminarily explore strategic alternatives for 5.11, including a potential initial public offering. We trust you will understand that in light of this, we will not be able to take any questions on 5.11 today.”

In the latest second quarter, 5.11’s sales grew 25.6 percent. Among CODI’s other companies in the active lifestyle space, sales grew 34.2 percent for Velocity Outdoor and 36.8 Percent for Liberty Safe.

CODI’s companywide pro-forma consolidated revenue grew approximately 36 percent in the quarter, and adjusted EBITDA increased approximately 63 percent over the prior year’s quarter. The results assume the company had owned last year’s acquisitions of BOA and Marucci Sports since the start of 2020.

“This growth was significantly above our expectations; however, it is important to point out that our second-quarter growth rate is distorted due to the base effect from last year when the economy went into shutdown,” said Sabo. “Our consumer businesses started posting accelerated growth in the third quarter of 2020, which carried through this quarter. As a result, we expect the growth rate of our consumer businesses to normalize going forward as we have higher prior year comparables.”

“We believe our branded consumer businesses remain very well positioned to benefit from the changing consumer landscape,” said Maciariello on the call. 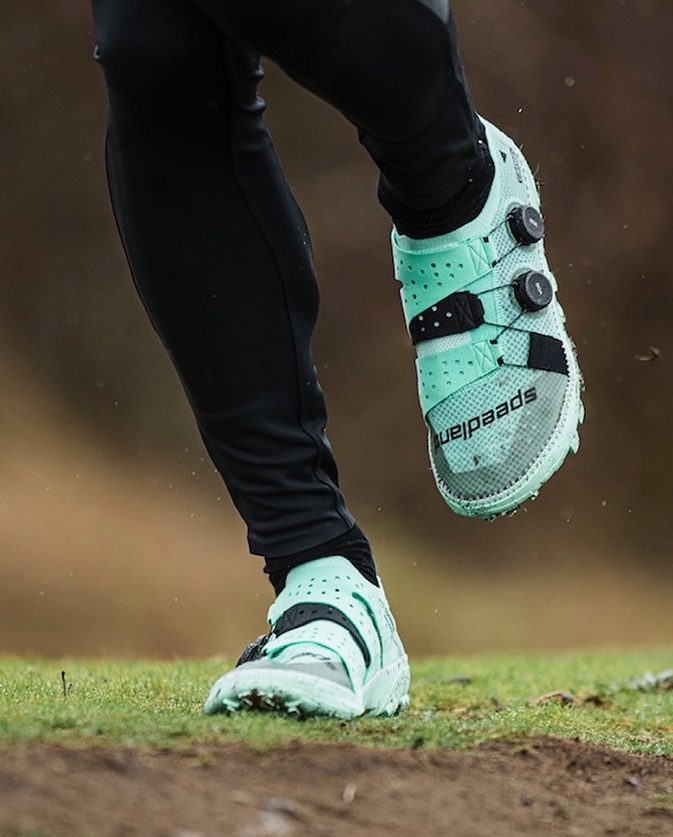 “BOA continues to experience strong demand across most of its categories led by cycling, workwear and snowboard customers,” said Maciariello. “In addition, the company’s partners in trail running launched several new and innovative products during the quarter which were met with excitement in the market.”

Maciariello added, “We continue to believe that some portion of BOA’s exceptional growth stems from brand partners ordering ahead due to supply chain constraints that are associated with slowdowns in global shipping. We believe the company will perform well and continue to grow in the back half of 2021, but we do not expect the same level of explosive growth that we’ve experienced here today.”

Operating income at BOA grew more than five-fold in the second quarter to $11.5 million from $2.1 million for the same period in 2020. Gross margins improved to 63.0 percent from 58.0 percent, driven by manufacturing overhead leverage, cost engineering and targeted price increases. SG&A expenses were reduced to 28.0 percent of sales compared 32.7 percent a year ago.

Maciariello said, “BOA’s growth so far under our ownership has been exceptional. While the company is not immune from supply chain challenges and delays, particularly given their growth, management is definitely working through these issues. We are working well with a team at BOA at all levels and are pleased to have developed strong trust and solid relationships. We’re excited about the company’s future and are proud to be partners with their team.” 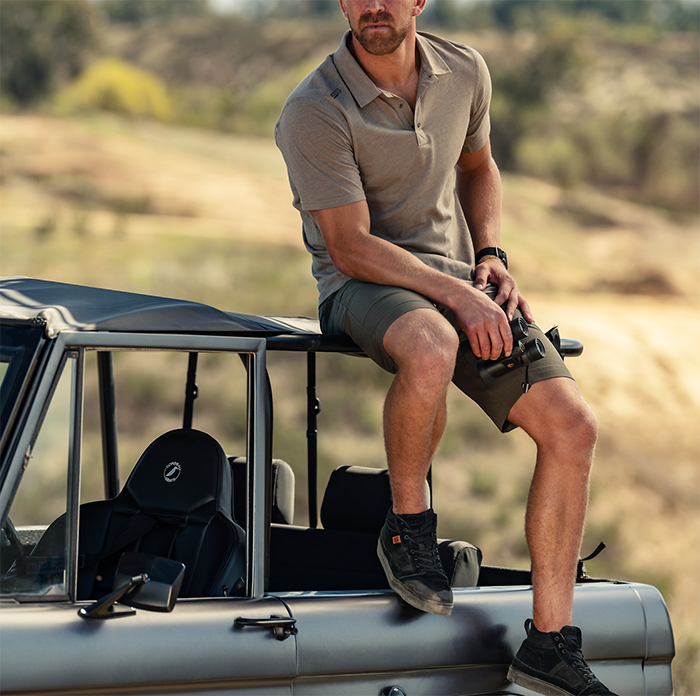 Velocity Outdoor’s Sales Expand 34.2 percent
Velocity Outdoor, which includes the Crosman, Benjamin, Ravin, LaserMax, and CenterPoint brands in the airguns and archery space, generated sales of $63.4 million in the quarter, an increase of 34.2 percent. The growth reflects a significant increase in consumer demand across all Velocity Outdoor product lines.

Operating income was $9.1 million against earnings of $4.0 million a year ago. Gross margins improved to 31.5 percent from 27.1 percent a year ago due to a favorable product mix of airguns, archery equipment and consumables. SG&A expense came to 13.3 percent of sales compared to 13.6 percent a year ago.

“Velocity’s performance surpassed our elevated expectations as consumer interest in outdoor activities continues to be strong and drove demand for their products,” said Maciariello. “Bookings in the quarter were higher than they were in the second quarter of 2020 despite the company having a very strong quarter a year ago and backlog remained at close to record levels.”

He added that while CODI is uncertain to what degree the pandemic permanently shifted consumer behavior towards outdoor activities, it expects Velocity captured significant market share in its main segments over the last 18 months. Maciariello added, “Though challenges continue in part of the company’s supply chain and they are not immune to commodity price increases, we believe Velocity will have a solid back half of at 2021.” 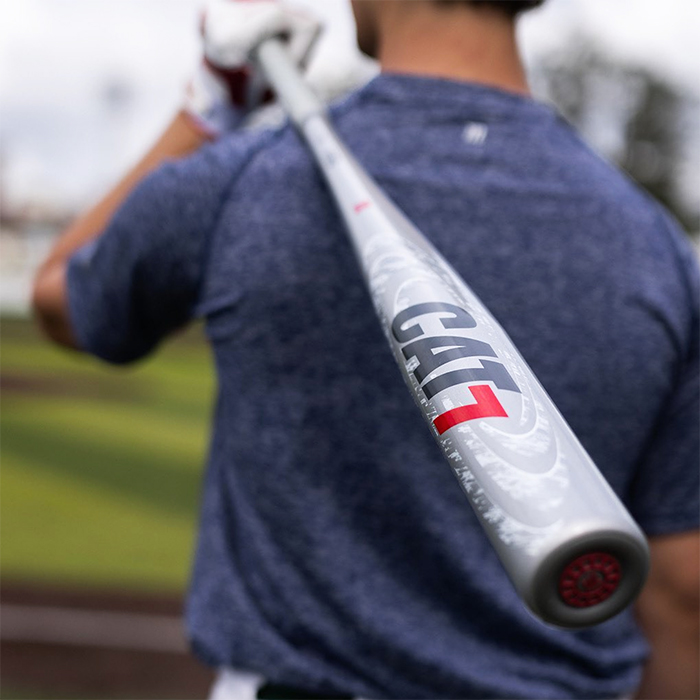 The strong gains reflect severely depressed levels a year ago due to the postponement of baseball and softball seasons throughout much of the U.S. During the current quarter, Marucci has continued to see increased customer demand and improved market share in many of Marucci’s key product lines, including aluminum and wood bats, batting gloves and bags. The increased sales from these products occurred in both retail and direct channels.

Income from operations came $1.2 million, rebounding from a loss of $10.0 million for the same period in 2020. Gross margins were 50.2 percent in the latest quarter against a negative gross margin of 3.7 percent a year ago. SG&A expenses were 38.5 percent of sales compared to 145.0 percent a year ago.

Maciariello said Marucci faced certain operational inefficiencies this quarter, but margins are expected to improve from second-quarter levels in the back half of the year. He said, “The third quarter represents a tough comparable for the company as Q3 2020 represented an opening up of team sports, and the company launched the highly successful CAT9 line of bats. That said, we believe the company and its brand are on solid footing and will have a strong back half of 2021.

Maciariello also noted that this last weekend saw the return of the Marucci World Series with 120 youth baseball teams traveling to Louisiana to compete throughout the state. He said, “We are excited at this event’s return following the pandemic. By all accounts, it was a tremendous occasion that signaled a strong return for youth baseball following a canceled season.”

Income from operations increased to $5.9 million as compared to $3.4 million. Gross margins improved to 26.5 percent from 25.9 percent a year ago due to favorable operating efficiencies from higher production volumes and reduced consumer rebates during the current quarter, offset by higher material costs. SG&A expense shrunk to 8.5 percent of sales from 11.5 percent a year ago.

In the six months, Liberty Safe’s sales jumped 31.4 percent, to $64.9 million, while operating earnings nearly doubled to $11.5 million compared to $6.5 million a year ago.

On July 19, CODI said it entered into a definitive agreement to sell Liberty Safe, a manufacturer of home, gun and office safes, to an affiliate of Monomoy Capital Partners, a middle-market private investment firm, for 147.5 million in cash. In 2010, CODI acquired Liberty Safe for $70 million.

Maciariello said, ‘I would just like to take this moment to personally thank the employees and management team of a company for over a decade of partnership.”