Inside the Call: Adidas Looks To Accelerate Market Share Gains In North America 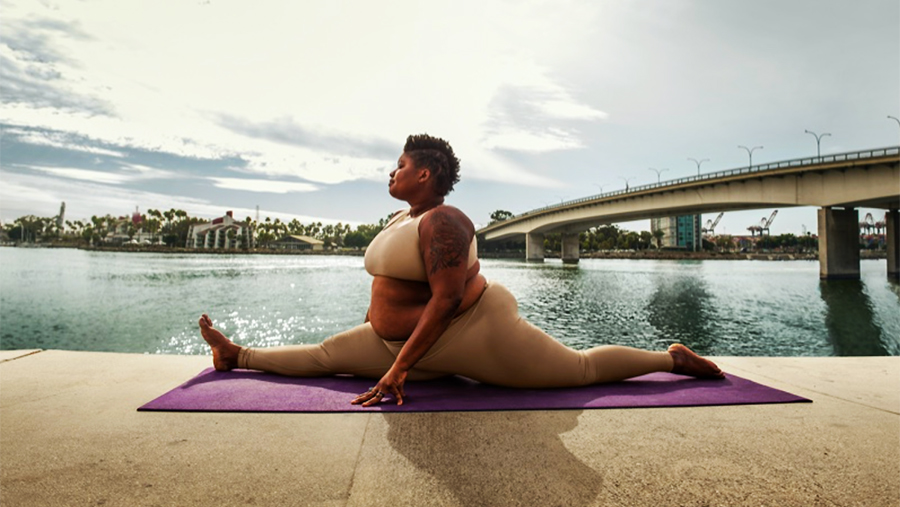 “We see a huge opportunity for market share grab in the U.S. this year and in the years to come,” said Rorsted when asked on Adidas’ fourth-quarter conference call about prospects for North America.

In 2021, operating margins in the North American region improved 760 basis points year-over-year to 18.8 percent. Said Rorsted, “And if we go back, we had profitability around 6 percent in North America, now it’s near 20. This year, clearly we’re going to start accelerating our revenue and capture market share.”

Sales in the region last year showed recovery, climbing 16.6 percent on a currency-neutral basis. Sales in 2020, impacted by a massive disruption in the early stages of the pandemic, were up only 2.2 percent on the same basis.

The North American gains in 2021 were boosted by strong growth in DTC channels. By category, the gains were driven by double-digit growth in lifestyle and global football categories while outdoor was up triple digits.

For 2022, sales for the full year are expected to see mid to high-teens growth, driven by both DTC and wholesale.

In lifestyle, he pointed to growth potential from the partnership announced last year with Los Angeles-based Fear of God designer Jerry Lorenzo to “reignite” basketball for Adidas.

Rorsted said, “Under the leadership of Jerry, we will disrupt the basketball category. In the meantime, Jerry and his team have joined our hub in our key city, LA, to work on the first products. In January at Shanghai’s Innersect Fair, which is China’s biggest street Streetwear fair, Jerry provided Chinese consumers with a first glimpse into how the product will look like. Long lines were building quickly in front of the exhibition as excitement builds in anticipation of the launch of first products during the summer.”

Finally, growth in North America is expected to be supported by the ongoing “premiumization” of Adidas Originals that is being helped by collaborations with Gucci and Prada. As a result of the brand’s latest collaboration with Gucci last week as part of Milan Fashion Week, Adidas recorded the highest number of signups for its Confirmed app and saw its most successful Instagram post ever. Said Rorsted, “Media around the world picked up the news and called this collaboration the most exciting collaboration of the year.”

Adidas’ gains in the North America region came despite the negative impact effects from significant long lead times due to supply chain disruption, particularly later in the year.

In releasing third-quarter results last November, Adidas had warned that pandemic-related factory closures in Vietnam and supply chain bottlenecks would impact its overall top-line growth by €1 billion ($1.2 billion) over the next two quarters. The negative impact on sales is expected to amount to €400 million in the fourth quarter and €600 million in the first quarter.

The North American region will again be impacted by inventory shortages in the first quarter but no significant supply-chain impact is expected beginning in the second quarter.

Rorsted said demand for the Adidas brand from a consumer standpoint in North America remains healthy despite concerns ranging from the war in Ukraine, the pandemic and inflation. Rorsted said, “Demand has been out outweighing the supply.”

Companywide, Adidas is predicting currency-neutral sales to increase between 11 percent and 13 percent for 2022.

In 2021, currency-neutral revenues climbed 16 percent to €21.1 billion despite supply chain disruptions that reduced revenue growth by more than €1.5 billion. Wholesale revenues, as well as sales in Adidas’ own-retail stores, grew at strong double-digit rates in 2021. E-commerce revenues increased 4 percent during the year on top of more than 50 percent growth in 2020.

For 2020, North America was counted as one of Adidas’ four growth drivers. The others include EMEA, Greater China and DTC and digital.

The EMEA region is expected to expand in 2022 at a mid-teens rate.

In 2021, the EMEA region delivered growth of 24.0 percent on a currency-neutral basis, ending with a 15.2 percent gain in the fourth quarter. The gains were aided by a 20 percent growth in DTC. From a category perspective, outdoor, training, running football and lifestyle all recorded strong double-digit growth in the region.

Greater China is expected to record a sales increase in the mid-single digits in 2022. In 2021, currency-neutral sales in China were up 3 percent in the year, including a 24 percent tumble in the fourth quarter.

Rorsted said Greater China is being impacted by the geopolitical situation over allegations of forced labor in the production of cotton in China’s Xinjiang region, as well as the resurgence of COVID-lockdowns and natural disasters.

Adidas promoted Adrian Siu, formerly SVP for commercial for Greater China, to managing director of the country and has embarked on a “detailed action plan” to revive growth. Elements of the plan include signing several new local athletes, including Su Yiming, the first Asian snowboard medalist in Winter Olympic history. More than 30 percent of products will also be Chinese-specific in the country in 2022. Adidas will also play up its hyped releases, including collaborations with Jerry Lorenzo and Gucci, as such storytelling particularly resonates with Chinese consumers

Rorsted said, “We’re convinced that Adrian together with our Chinese team will ensure we return to growth in the short term and leverage the attractive opportunity this market provides in the long term.”

Finally, Rorsted said Adidas will continue to double down on DTC and digital. More than 20 halo stores are planned for 2022. In 2021, halo stores opened in Dubai, Shanghai, Beijing, Berlin and Hamburg. Said Rorsted, “These stores are true brand builders, thanks to exclusive products, enhanced consumer experiences and members-only areas. They also help us understand what resonates best with consumers in our global key cities.”

Rorsted said Adidas’ overall DTC goal is to deliver “seamless enhanced consumer experiences” and that extends to the online space. Membership also continues to be a strategic priority. Said Rorsted, “Going forward, we’re rebranding our membership program to expand the Adidas value proposition. Adiclub will mark the next step of this journey and introduce new program mechanisms to unlock even higher consumer lifetime value as members will be able to redeem points for exclusive drops and special events in the future.”

Other factors in the growth forecast for 2022 include expectations that Asia-Pacific will expand at a mid-teens rate and Latin America at a mid-to high-teens rate.

The growth assumption includes a risk of up to €250 million in the company’s Russia/CIS business, or about half Adidas’ total revenues in the region due to the war in Ukraine and reflects the suspension of Adidas’ retail and e-commerce operations in Russia. The amount represents around 1 percentage point of growth for the total company.

Gross margin for 2022 is expected to expand to a level of between 51.5 percent and 52.0 percent, up from 50.7 percent in 2021. Significantly higher supply chain costs, including air freight, are expected to be offset by a positive channel mix effect, significant price increases as well as the positive impact from favorable currency developments. The price increases will be more limited to DTC-exclusive products in the first half of the year. In the second half, prices will increase more broadly by a mid-to-high single-digit percentage on average.

Operating margin is expected to increase to a level of between 10.5 percent and 11.0 percent, up from 9.4 percent in 2021. In addition to the higher gross margin, lower operating expenses as a percent of sales are expected to support margins. Operating expense reductions include the non-recurrence of around 70 percent of the Reebok-related stranded costs with the brand just sold to Authentic Brands Group.