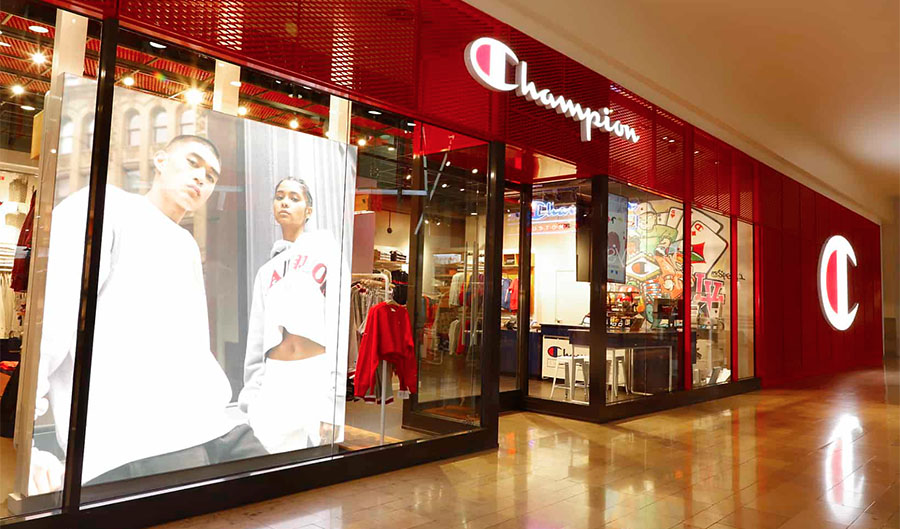 Speaking Monday at the Evercore ISI Virtual Consumer & Retail Summit, Gerald Evans, HanesBrands’ CEO, said he remains confident that Champion will reach its goal of hitting $3 billion in sales in coming years despite the negative impact from COVID-19.

Champion reached its goal of $2 billion in global sales in 2019 and benefited from past purchases of brand’s licenses overseas that have helped the brand establish a unified go-to-market approach globally.

“We couldn’t be more thrilled with how Champion’s evolved since we reassembled it around the world and we continue to focus on that,” said Evans. “We set our $2 billion goal and we really accomplished that last year. We also put in place a $3 billion goal over the next few years and I think we’re certainly still on course to achieve those results in spite of what short-term interruptions we may have with a COVID shut-downs of retail and things like that.”

Evans said the “most important reinforcement” of the opportunity seen in Champion was that online growth surged for the brand as stores were closed amid the pandemic.

In releasing first-quarter results, HanesBrands officials had noted online reached triple-digit growth rates across a number of HanesBrand’s online platforms, including Champion.com. Evans noted that a new champion.com website was launched to help drive the growth.

Overseas, Champion launched an updated website in Europe with a new look and HanesBrands is “pleased with the early results.” Like the U.S., Europe also saw Champion’s online sales pick up as stores were forced to close.

In Australia, HanesBrands has “introduced Champion in a bigger way” after acquiring back the license and the brand “just continues to ramp at double-digit rates” in the region. He said HanesBrands is seeing a “very strong recovery in that business coming out of the shutdown in Australia as well so we continue to see broad strength.”

Among categories, Evans said Champion still has opportunity to “further build the business on the women’s side of things” as well as kids in addition to “more expansion in men’s.”

Prior to mid-March, the segment’s sales were up mid to high-single digits, driven by Champion and was higher than expected. Increases for other activewear brands were also being seen in the sports licensing business’ mass and mid-tier channels and seasonal activewear in the online channel. The segment also includes sports licensing sales under Gear for Sports and Hanes as well as the Alternative label.

Asked about trends during the pandemic, Evans said consumers are increasing their purchases of basics online. He said, “A lot of these  are replenishable products that people wear and they’re easy to buy online as they are at retail so we’re seeing that come through.”

The casualization trend has also “clearly driven a real interest in our Champion brand” and the brand has seen a “real migration” of consumers to dot.com sites as well as the online sites of its brick & mortar partners. Evans said of consumers amid the pandemic, “They’re looking for sweatshirts and sweatpants and things that are very comfortable to wear.”

The Alternative Apparel line, which focuses on sustainability as well as comfort, has also benefited from the casualization trend, Evans said.

Asked about the acceleration in online purchases even with stores reopening, Evans said, “I think there is a consumer that discovered the ease and the efficiency, if you will, of buying online so I think we’re going to continue to see accelerated rates going forward.”

Evans also implied that the flagship Champion brand would be unlikely to sell to Target. The question was prompted as Target’s announced last year announced plans to introduce Levi’s Red Tab jeans for both men and women to select stores.

“I don’t know what could happen down the road but what I would say we focus very diligently on keeping Champion elevated in driving the business and we still think there’s a good amount of business to be had around the world in the channels we operate in,” said Evans.

He also noted that HanesBrands does a big business at the mass channel in basics across its innerwear categories, including with Hanes label. Evans said, “We’re seeing quite an appeal for Hanes T-shirts and sweatshirts as we see consumers buy online as well because, again, it’s that trusted name and that comfortable-to-wear, fits-you-well position.”