HanesBrands, the parent of Hanes and Champion, reported sales increased 5 percent to $1.15 billion in the fourth quarter
compared with the year-ago quarter and increased 2 percent to $4.53
billion for the full fiscal year. Full-year sales increased 4 percent
excluding the managed decline in the branded printwear division and the
decline in a large mid-tier retailer undergoing a strategic shift.

Fourth-quarter adjusted EPS more than doubled to $1.07, excluding bond prepayment expenses that reduced EPS by $0.30. Each of the companys business segments reported at least double-digit operating profit growth in the quarter. Full-year adjusted EPS increased 7 percent to $2.62. The Innerwear segment was the strongest contributor to full-year results, delivering 18 percent growth in operating profit.

The company also generated $508 million of free cash flow in the year and prepaid $550 million of long-term bonds. The company ended the year with long-term debt of approximately 2.5 times adjusted EBITDA.

By reducing bond debt by $750 million over the past 13 months, we have ended our era of high debt leverage, and the momentum of strong results in the back half of 2012 positions us well for continued profit growth in 2013, Hanes Chairman and Chief Executive Officer Richard A. Noll said.

Key accomplishments for 2012 include:

Record Free Cash Flow. Solid performance and a focus on reducing inventory resulted in record free cash flow of $508 million in 2012. Year-end inventories improved to $1.25 billion, a decline of $354 million from $1.61 billion a year earlier.

Deleveraged Balance Sheet. The company significantly reduced its debt and no longer considers itself highly leveraged. Hanes prepaid $550 million in long-term bonds in 2012 and $750 million over the past five quarters. The companys year-end long-term debt ratio was approximately 2.5 times adjusted EBITDA.

Return of Earnings Power. The company generated record profitability in the second half, with sales growth of 4 percent, an operating profit margin of 13 percent, and adjusted EPS growth of 75 percent. The company successfully managed through significant cotton inflation and returned to performance in the second half that reflects the companys earnings potential for 2013 and beyond.

We had a very successful year under difficult circumstances, said Hanes Chief Financial Officer Richard D. Moss. We managed through a $160 million cotton inflation bubble with a successful pricing strategy and came out stronger, more innovative and more profitable. We achieved the guidance we laid out at the beginning of the year even with our decision to exit certain underperforming businesses.

Innerwear Segment. The Innerwear segment delivered progressively improving performance through the year resulting in record profitability in the fourth quarter and year.

Sales Growth. Net sales increased 7 percent in the quarter and 3 percent for the year as a result of successful product innovation, new-product introductions and shelf-space gains. The rate of sales growth for the year overcame a nearly $40 million decline in sales to a mid-tier retailer that is in the midst of executing a new strategic direction. Excluding this retailers decline, Innerwear sales growth was 5 percent for the year.

Brand Success. Sales of Hanes and Champion mens underwear, Hanes panties and Bali bras all increased by double digits in the fourth quarter.

Strong Sales Performance to Retailers. Retail sales for Hanes, including T-shirts, fleece and graphic apparel, and for Champion both increased by double digits for the year.

Branded Printwear Impact. As expected, branded printwear profitability was adversely affected by cotton inflation in the first half of the year, and net sales for the year were affected by a strategic de-emphasis of commodity products in favor of Hanes and Champion branded products. Branded printwear sales declined by approximately $50 million for the year as a result of the de-emphasis.

For 2013, Hanes expects net sales of approximately $4.6 billion; operating profit of $500 million to $550 million; and EPS of $3.25 to $3.40. The company expects a decline in branded printwear sales of $40 million to $50 million, with approximately half of the decline occurring in the first quarter, reflecting rationalization that started in mid-2012.

The company intends to increase its overall media investment in 2013 by $30 million to $40 million, of which more than two-thirds will occur in the second half.

Interest expense and other expense are expected to be a combined $120 million, including approximately $15 million in prepayment expenses to retire the remaining $250 million of 8 percent senior notes due 2016. The full-year tax rate is expected to be in the teens. However, due to enacted tax-law changes and anticipated discrete tax items, Hanes expects its tax rate will fluctuate by quarter, with the first- and third-quarter rates expected to be toward the lower end of the range and second- and fourth-quarter rates being at the high end of the range.

In May 2012, the company announced exiting certain international and domestic imagewear businesses that are all now classified as discontinued operations.

On May 30, Hanes sold its European imagewear business, and the company has completed the discontinuation of its private-label and Outer Banks domestic imagewear operations serving wholesalers that sell to the screen-print industry. In accordance with generally accepted accounting principles, the company reported results for the second, third and fourth quarters on a continuing-operations basis and revised prior-period results to reflect continuing operations. The companys branded printwear operations will continue to operate and serve the domestic screen-print market with Hanes and Champion brand products.

The company has updated information on discontinued operations and financial results for prior periods, including posting a five-year history of results from continuing operations. The information is available in the investors section of the companys corporate website, http://tiny.cc/HanesBrandsIR. 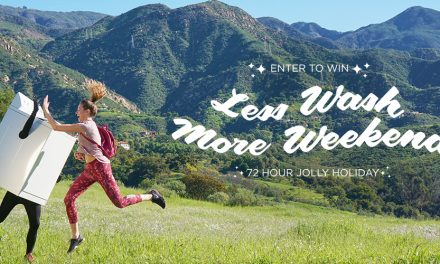