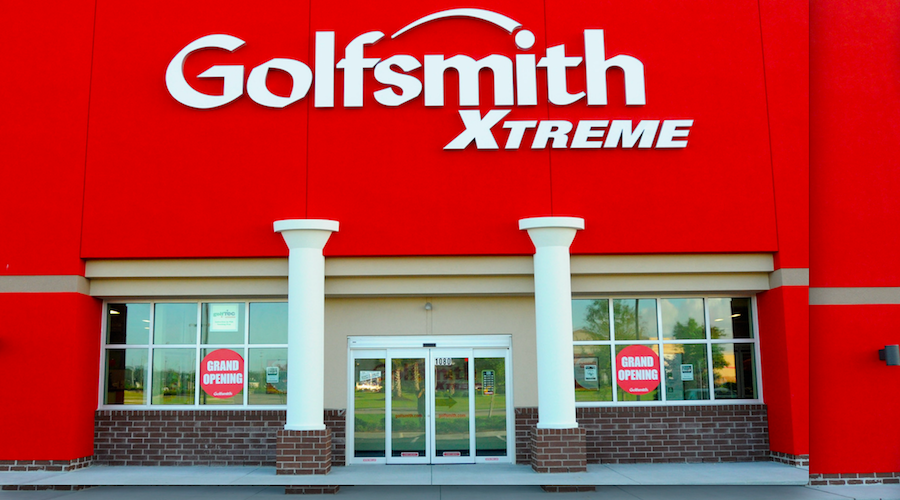 The judge overseeing the bankruptcy of Golfsmith set October 17 as the date for bids to arrive for the assets of the struggling golf chain, and at least one retailer, Worldwide Golf, is said to be exploring making an offer.

Sources told Reuters they weren’t sure if Worldwide Golf was eyeing Golfsmith’s entire U.S. business or individual leases and assets, but Worldwide Golf is the most obvious strategic buyer in the case.

Golfsmith, which filed for bankruptcy protection on September 14, operates 109 stores under the Golfsmith banner and has received bankruptcy court approval to close 20 of those locations.

The only other possible strategic buyer appears to be Dick’s Sporting Goods, which owns Golf Galaxy, the second largest golf retailer in the country after Golfsmith. Dick’s Sporting Goods acquired the 72-unit chain in early 2007, just as some of the factors that led to Golfsmith’s struggles began. Besides over-expansion mistakes, Golfsmith blamed the declining popularity of the game, including the descent from stardom of Tiger Woods.

The National Golf Foundation reported that the total number of people who played at least one round of the sport was approximately 24 million in 2016, down from 25.7 million in 2011 and 30 million in 2005.

Dick’s Sporting Goods isn’t expected to be significant bidder beyond some leases given its recent efforts to reduce space allocated to the golf category in its own flagship stores, as well as its investments in faster-growing categories such as women’s and youth and e-commerce in general. The golf slowdown is also being marked by Adidas’ ongoing efforts to sell TaylorMade and Nike’s move to exit its golf equipment business.

A source also told Reuters that financial investors are interested in Golfsmith. The company reached a support agreement with Toronto fund manager CI Financial Corp. and Fairfax Financial Holdings Ltd. on a debt restructuring for the business. Under this scenario, if no better offer comes in as part of the sales process, Golfsmith will be taken over by the senior noteholders.

The restructuring support agreement with Fairfax and CI calls for senior-secured noteholders to receive a 100 percent equity interest in the reorganized debtor and swap roughly $95 million in second-lien notes for $35 million of new 12-percent second-lien notes.

Fairfax and CI collectively hold more than 40 percent of the company’s second-lien secured notes due 2018. As part of the bankruptcy reorganization, the two financial firms agreed to acquire Golf Town, the Canadian-based golf chain that Golfsmith merged with in 2012. Golf Town has 55 locations in Canada, and a Canadian court approved the Golf Town transaction on September 30.

Provisions in the debtor’s $135 million debtor-in-possession loan from Antares Capital require the debtor to consummate a sale by October 31. A quick sale would also help the stores stock up for the critical holiday selling season.

“Executing a going concern sale with alacrity will restore the confidence of Golfsmith’s vendors,” Golfsmith said in its bidding procedures motion. “This, in turn, will allow a reorganized Golfsmith to acquire ‘new generation’ golf equipment and other mainstay merchandise on more relaxed trade terms leading up to and during the upcoming holiday season.”

On an optimistic note, Brian Cejka, Golfsmith’s chief restructuring officer, has written in an affidavit that the bankruptcy filings and restructuring efforts are coming as “market trends indicate that a turnaround in the golf retail market could be imminent.”

He noted that golf participation in the U.S. has stabilized and resumed growth last year. The sport is expected to gain a boost as more boomers reach retirement while the arrival of younger players such as Rory McIlroy, Jordan Spieth, and Jason Day, “coupled with an increased focus by the industry on technological innovation and enhanced experience, have started to draw more millennials and junior golfers into the game.”

Cejka concluded that the debt restructuring and closing of its unprofitable stores through bankruptcy proceedings will “significantly reduce the burdens that inhibit Golfsmith from taking full advantage of the recent upward swing in golf’s popularity.”