Golf rounds in April tumbled 42.2 percent, according to Golf Datatech. Play was significantly impacted by the closures of many golf courses around the United States due to lockdowns related to the coronavirus.

However, due to a patchwork of governmental regulations and actions, some states were completely closed to play, others were open for part of the month and closed for the rest, and some stayed open the entire time and drew in golfers from surrounding states. 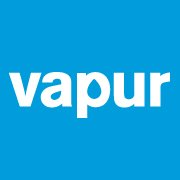 ONE Distribution Appoints SVP of Sales