Goal Zero, which makes portable solar power systems that power a variety of electronic devices, has launched its “Live Life Untethered” social media contest through Facebook. The weekly contest winner is awarded the company’s most popular USB solar charging product, the Guide 10 Plus Adventure Kit for getting the most votes on their photo.

Goal Zero wants to see how people are living their lives untethered this summer with a photo contest that shows off their personal adventures. The contest officially started on June 12 and will run through Sept. 1. The weekly prize is awarded to the person with the most points on Friday. Their photo then becomes Goal Zero’s Facebook cover photo for the next week. A new photo may be entered each week.

“Our Facebook fans often lead very interesting and adventurous lives. We chose to do a photo contest because we wanted to engage with them on a personal level and celebrate the fun living life untethered,” said James Atkin, Goal Zero’s social media manager. “Activity levels go up during the summer months and sharing photos online is one of the top social media activities, making it a natural fit for the contest.”

According to research by Pixable, there are currently more than 100 billion photos housed on Facebook alone.

“So far the contest has had great success. We encourage people to continue entering the contest with their photos and urge others to vote,” Goal Zero Marketing Director Scott Sorensen said.

The first three weeks of the contest encouraged people to share what they include in their personal adventure kits. Fans shared photos of everything from what they take with them to work to what they are packing for a major adventure. Among the most common items were electronic devices.

“People are relying on technology more than ever before to get the news and information they need when they are on the go,” Atkin said. “Smart phones, MP3 players, tablets, laptops and more have revolutionized our lifestyles. People want to be able to use their technology off the grid when they don’t have access to a power source. With solar energy and Goal Zero products this is becoming the new reality.”

Goal Zero is an innovator of portable solar power systems that power a variety of USB, AC and DC devices anywhere and at any time. The company's products feature full solar energy systems — solar panels, portable rechargers and accessories — each designed to work in concert with each other.

Goal Zero was founded by entrepreneur Robert Workman, who realized the need for portable power and light through his work with the non-profit organization TIFIE in the remote regions of the Republic of Congo. Goal Zero donates a portion of proceeds from all Goal Zero purchases to TIFIE (http://www.tifie.org), which is dedicated to fostering economic development by establishing sustainable business enterprises that produce goods and services and create lasting jobs. 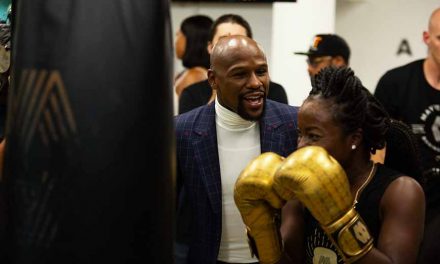