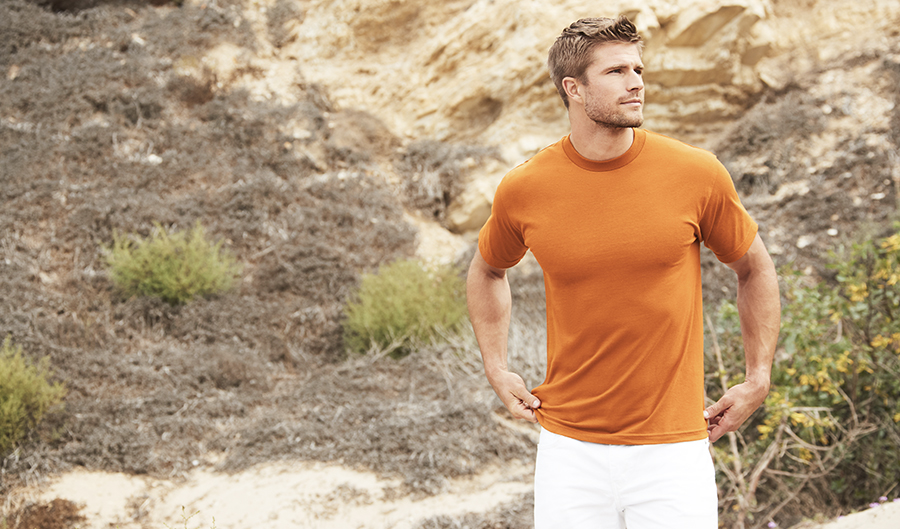 Gildan Activewear Inc. said it has seen a “significant deterioration” in demand for its products, particularly on the imprintables side where end-users are closely linked to large gathering events. The company is also suspending manufacturing facilities production until mid-April and withdrew its first quarter and full-year 2020 guidance due to uncertainty over the duration of the coronavirus.

On a conference call with analysts, Rhodri Harries, EVP and CFO, said the deceleration of point-of-sale (POS) in imprintables “evolved quickly over the course of the last month.” Last week, for instance, POS declines in imprintables were down in the plus-50 percent range, versus being down in the plus-15 percent range the prior week. Earlier in the quarter, POS was tracking largely in line with expectations, down by a “much lesser extent,” according to Harries.

Glenn Chamandy, president and CEO, said nearly all imprintables categories are being impacted by calls for social distancing. He noted 35 percent of its mix is corporate wear, 30 percent is related to tourism, 10 percent is uniforms, 10 percent is tied to education and 15 percent is consumer. Said Chamandy, “Other than the consumer, all those other areas are pretty much shut down or are going to be shut down.”

The retail side is faring “better,” according to Chamandy, although the performance is mixed. Some channels like mass, particularly those that have grocery offerings, as well as online channels, are currently being less impacted than other channels like department stores, which have temporarily closed locations over the last week.

“I think department stores are weaker because they often don’t have the traffic,” said Chamandy. “Anybody who’s selling food or online sales is performing relatively good although that means we’re seeing a little more negative POS in the last week to be honest with you, even in those segments.”

Chamandy further noted that Gildan also services national, global lifestyle brands and that businesses have deteriorated in part because those brands have also temporarily closed down their own retail outlets.

Encouragingly, Chamandy noted that sell-through rates have improved in China as the region has settled. For instance, POS was down about 70 percent in China in February but is running down about 35 percent currently as people get back to work. However, Chamandy said the estimated overall recovery time is a large unknown. Said Chamandy, “We don’t have a crystal ball obviously and that’s why we’re withdrawing our guidance.”

The decision to temporarily stop production at all manufacturing facilities as of March 23 through the middle of April will allow Gildan to abide by government directives and do its part in the global efforts to contain the spread of coronavirus. At the same time, Gildan will be able to align production and inventory levels with current demand requirements. Said Harries, “For the time being, our distribution warehouses will remain open and are well stocked with a strong level of service to our customers.”

The decision comes after the government of Honduras on March 17 mandated a seven-day shutdown of all private sector enterprises in the country and this weekend extended the mandate another week. Production in other regions like Nicaragua, Dominican Republic, Haiti and Bangladesh, as well as its yarn spinning and distribution operations in the U.S., ran last week. However, those countries are also starting to impose similar closure directives.

Harries said so far, Gildan has not seen any confirmed cases within its operations. Enhanced cleaning procedures across facilities, thermal testing employees at production plants, and travel restrictions have all be implemented. Corporate employees are working remotely from home.

As far as liquidity, Gildan ended 2019 with a net debt to adjusted EBITDA ratio of 1.6 times with $862 million drawn down on $1.6 billion of facilities. “Out of an abundance of caution,” Gildan last week drew down the remaining available portion of its revolving long-term bank credit facility, positioning Gildan with just over $500 million of cash and close to $600 million in overall liquidity.

At year-end, Gildan had over a billion dollars of inventory and that’s risen close to $1.2 billion. Said Harries, “Accordingly we feel good about the overall financial flexibility we have to navigate through this environment given our liquidity position and balance sheet, combined with the level of our fixed cost structure and as we place a significantly heightened focus on managing operating expenses, cap-ex and working capital as we move through the crisis.”

The facility shutdowns will reduce its overall fixed cost structure to about $35 million to $40 million a month.

Asked about the cash-flow pressures possibly facing distribution partners, Chamandy said a typical distributor has between 7-to-10 distribution centers and they’ll likely serve the market through fewer centers as they “continue to look at driving their operating costs down during this situation as well.”

Chamandy said Gildan will seek to support its distributor partners as they’ve had in challenging times in the past.

“This is not a Gildan crisis,” said Chamandy. “This is a global crisis so you know we will work very closely with them. We’ll mitigate exposure, but at the same time we’ll work with our customers to make sure that we all come out of this in one piece.”

Harries concluded, “Gildan has been able to successfully navigate through difficult times over the years. And we are confident that our strong business model, financial position, resilience, and our capability to adapt to challenging environments will continue to position as well for long term success as we emerge from this global crisis.”