Garmin generated $340 million of free cash flow in the fourth quarter for a cash and marketable securities balance of just over $973 million and enforced a significant inventory reduction from third quarter 2008 of $274 million resulting in year-end 2008 inventory of $425 million.

Garmin achieved full year revenue growth in all four segments on the strength of new products and continued market share gains. The company sold 6.4 million units in the fourth quarter of 2008, up 15% from the same quarter in 2007; 16.9 million units sold in the fiscal year, an increase of 38% from 2007.

During the quarter, the company achieved significant inventory reduction of $274 million demonstrating the agility of its supply chain and scalability of its business. Garmin also completed the acquisition of its Swedish distributor bringing the total to ten European distributors acquired.

“A significant highlight for 2008 is our gross margin performance of 44.5% which is down just 150 basis points from 2007,” said Chairman and CEO Dr. Min Kao. “We also achieved a strong operating margin of 24.7% which exceeded our earlier expectations. Throughout 2008, we maintained our strong cash position with free cash flow generation of $743 million which was enhanced by the significant reduction in inventory during the quarter. This cash flow allowed us to fund our stock repurchase plan, pay a 75 cents per share dividend, and remain a debt-free company.

We continued to experience a challenging economic environment in the fourth quarter with worsening trends throughout the period. However, we were able to demonstrate the power and agility of our vertical integration business model by responding quickly to the changes and scaling our production outputs to match demand. This allowed us to maintain healthy margins in the quarter, as well as significantly reduce inventory levels. The inventory reduction of $274 million was a great achievement for our organization given the extremely volatile environment that we are currently experiencing. This was accomplished in part by eliminating overtime labor and contract workers within our Taiwan factories, proving we can scale manufacturing as needed.

While the PND market has slowed, we continued to experience unit growth in both the North American and Asia-Pacific regions in the fourth quarter and were pleased with our market share gains around the globe. According to an independent market research report, our global PND market share stood at approximately 35% at the end of the third quarter and according to internal estimates our market share increased further in the fourth quarter.”

CFO Kevin Rauckman commented, “Given the economic situation facing consumers in the fourth quarter, we were pleased with our overall results; especially our ability to maintain margins, reduce inventories and grow market share. Even with these positives, our revenue fell 14% during the quarter. Excluding the impact of foreign currency exchange, EPS for the quarter fell 38 cents, from $1.31 to 93 cents. Full year revenues grew 10% with each of our four segments posting growth. EPS for 2008, excluding the impact of foreign currency exchange and including a 27 cents gain from the sale of Tele Atlas N.V. shares, was $3.69 compared to $3.80 in 2007. Revenue during the quarter was negatively impacted by $38 million due to continued weakness of the Euro and other foreign currencies.

Gross margin for the overall business remained solid in the fourth quarter at 41.1%, a 320 basis point decline sequentially that can be primarily attributed to the average selling price reductions associated with the holiday season. The automotive/mobile segment gross margin exceeded our expectations as we gained significant benefit from material cost reductions and improved operating efficiencies. Gross margin for the remaining segments remained on-target versus our long-term goals of 65% in aviation and 55% in marine and outdoor/fitness.

Operating margin fell 310 basis points from the year-ago quarter. The primary drivers of year-over-year growth in operating expenses include the acquired European distributors and the $14 million write-off of the Circuit City receivable.

We generated $340 million of free cash flow in the fourth quarter of 2008, resulting in a cash and marketable securities balance of just over $973 million at the end of the quarter. This equates to $4.83 of cash per basic share outstanding. We remain confident that this level of liquidity, along with our debt-free balance sheet, will allow us to grow market share through the economic downturn while continuing to invest in research and development for our long-term success. Our return on invested capital (ROIC) was 48% during fiscal 2008.”

The company said it recognizes that 2009 is going to be a difficult year and is prepared to manage the business accordingly. While economic conditions are very challenging and are affecting most of its markets, Garmin said it continues to see opportunities to invest selectively and grow its business through new product development and market share gains.

In light of the uncertainties and dynamic conditions, Garmin said it will not offer specific guidance for 2009 until the outlook for the year becomes clearer.

During the fourth quarter, Garmin repurchased 2.4 million shares. This repurchase completes the 10 million shares approved by the Board of Directors in June 2008. In addition, the company spent $42 million to repurchase shares under the October 2008 authorization allowing for $300 million through Dec. 31, 2009. Going forward, the repurchases may be made from time to time on the open market at prevailing market prices, in negotiated transactions off the market, or pursuant to a Rule 10b5-1 plan adopted by the company which permits the company to repurchase its shares during periods in which the company may be in possession of material non-public information or self-imposed insider trading blackout periods. The company continues to view stock repurchases as an appropriate use of cash given the long-term growth prospects of the company, ongoing free cash flow generation and the need to maintain adequate cash reserves for strategic acquisitions. 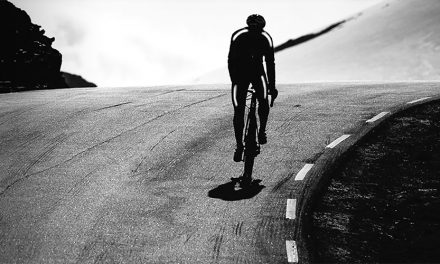