Gander Mountain Co. announced that Mark R. Baker has stepped down as president, chief executive officer and a board member, effective Sept. 8. Baker resigned from the company in order to become president and COO of The Scotts Miracle-Gro Company, a company for which he has served as a director since 2004. David C. Pratt, Gander Mountain’s chairman of the board, has been named chief executive officer on an interim basis. Mr. Baker has agreed to remain as an employee of the company during a transition period ending on September 30, 2008.

“Mark Baker came to Gander Mountain to grow the company into the nation’s largest retail network of outdoor lifestyle stores. During Mark’s tenure, Gander Mountain has grown to 115 stores in 23 states and re-entered the direct business with the acquisition of Overton’s and the recent launch of our new e-commerce site and catalog. With Mark’s help, we have also put in place strategic and cost-saving initiatives that offer opportunities for improved performance during the remainder of fiscal 2008 and beyond. We look forward to the company’s future,” said Pratt on behalf of the board.

The board will begin a search for a new chief executive officer immediately. Pratt has been a director of the company since August 2005. Pratt has nearly 40 years of significant leadership experience, having served as the former chairman, president and chief executive officer of United Industries, which he founded in 1969. Pratt will retain his chairman of the board responsibilities, but has stepped down from the company’s compensation and governance and nominating committees. The company has made no additional management changes at this time.

“Mark’s leadership enabled rapid growth in Gander Mountain’s store count and our development into a multi-channel retailer and we are thankful for his leadership of the company. We are fortunate to have an executive with David Pratt’s experience to lead the company as we search for a permanent chief executive officer to execute our strategic plan,” said Ronald Erickson, vice chairman of the board of directors. 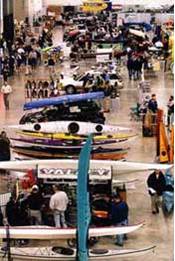