The significant improvement in cash flow for the first quarter of 2010 compared to the year-earlier period was due to strengthening revenue trends at all of CODI's subsidiaries, as well as a variety of cost containment measures implemented across its businesses.

CODI's cash flow is calculated after taking into account all interest expense, cash taxes paid and maintenance capital expenditures, and includes the operating results of each subsidiary for the periods during which CODI owned them. However, cash flow excludes the gains from sales of businesses, which have totaled over $109 million since 2007.

The net loss for the quarter ended March 31, 2010 was $15.3 million, as compared to a net loss of $42.2 million for the quarter ended March 31, 2009. During the first quarter of 2010, CODI recorded a non-cash supplemental put accrual expense of $14.4 million based on the periodic review of current cash flow generation levels of its subsidiaries, as well as anticipated market multiples for those business in the event they were to be sold in the current environment. During the first quarter of 2009, CODI recorded $59.8 million of non-cash impairment expense at the Company's Staffmark subsidiary partially offset by the associated tax benefit of $22.5 million.

Commenting on the quarter, Joe Massoud, CEO of Compass Diversified Holdings, said, “We are very pleased by our strong start to 2010, as our first quarter results exceeded management's expectations. We continue to realize important benefits from our efforts to take advantage of the economic downturn to expand market share at each of our businesses. In addition to the notable increase in revenues and Cash Flow during the first quarter, which historically has been our weakest due to seasonality factors, we consummated two highly accretive acquisitions utilizing our disciplined approach. First, we completed the acquisition of Circuit Express, a quick-turn producer of printed circuit boards primarily for the aerospace and defense-related markets, which we believe is an excellent addition to Advanced Circuits.  We also acquired Liberty Safe, the premier designer, manufacturer and marketer of home and gun safes in North America. This platform acquisition increases our number of subsidiaries to seven, and provides exciting growth potential based on Liberty Safe's industry leadership and positive macro trends in its industry. Going forward, we remain on pace to deliver substantial year-over-year growth in Cash Flow for 2010 before taking into effect these two accretive acquisitions.”

Massoud concluded, “In support of our strategic growth initiatives, we took active measures to strengthen our balance sheet by completing a 5.3 million primary share offering that generated net proceeds of approximately $75.0 million, underscoring our short-term and long-term prospects. By maintaining significant access to capital, we remain well positioned to take advantage of additional opportunities to grow our business for our shareholders at favorable valuations and terms.” 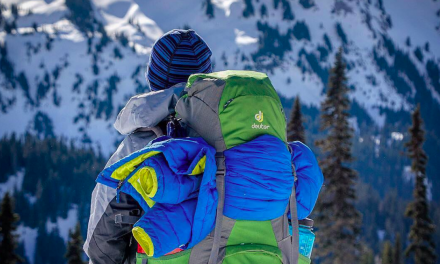 Famous Footwear Q2 Gets Lift from Nike and Skate…