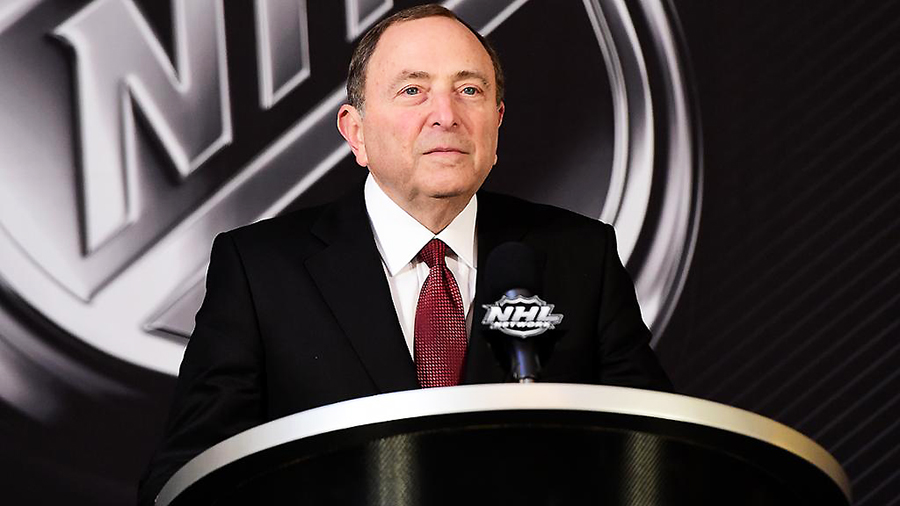 In an interview with Sportsnet, NHL Commissioner Gary Bettman, shown above, confirmed that a four-arena plan is being discussed as part of a return of the league.

He said, “Anything we’re considering doing starts with health and well-being, whether it’s the players or other personnel or fans or the community at large. Everybody is going through a tough time. We’re hopeful that by doing the right things in the short term that we’re able to come back and hopefully complete this season on some basis that is fair and has integrity.”

Under consideration, as many as four NHL arenas would host three games each per day without fans in one of the scenarios the League to complete the 189 outstanding games remaining in the regular season ahead of holding a traditional Stanley Cup playoffs. The NHL paused its season on March 12.

The NHL has recommended players and staff self-quarantine through April 30. The first step toward resuming the season would be for players to work out at team facilities. The next step would be a training camp, which Commissioner Bettman said, based on a conversation with players and the NHL Players’ Association, would need to be at least three weeks.

Bettman stressed the number of cities and the locations have not been decided. The NHL is modeling to make sure it is prepared for any eventuality.

He further said the NHL felt no pressure to be the first major North American sports league to resume its season.

“This isn’t a race,” the commissioner said. “The stakes are too important. … While some of them may have been able to work out in terms of physical strength over the last few weeks, the fact is, none of our guys really have been on skates. We’re going to have to make sure that they’re in game-ready condition, because we don’t want to put them on the ice and risk injury and their careers. So we’re going to need time to come back right, and when we come back, it’ll be having done the right things.”