However, a return to cooler weather and the Winter Olympics spurred overall retail system sales rose 14.5% in the first eight weeks of the current quarter as comps grew in the teens at both corporate and franchised stores.

“Our fourth quarter and essentially flat annual results attest to our resilience given the worst recession in 70 years, significant one-time costs and the impact of unseasonable weather,” said Bob Sartor, FGL’s Chief Executive Officer. “While flat results are never satisfying, our team managed well under the circumstances and for the year, we outperformed both our Canadian retail peer group and the North American sporting goods peer group in the key same-store sales metric.”

Excluding those weather impacted product categories, the company achieved an overall same-store sales increase of 2.0%, compared to a decline of 1.0% for the Canadian retail peer group and an increase of 0.1% among the North American sporting goods group. FGL’s annualized same-store sales performance of -0.7% exceeded both the Canadian retail peer group at -2.3% and the North American sporting goods peer group at -4.2%.

Gross profit was C$156.6 million ($147.2mm), up 3.4% from C$151.4 million ($123.5mm) a year earlier, and gross margin was 42.0% of revenue compared with 39.8% of revenue a year earlier. The improved gross margin rate was primarily due to gains in the corporate retail business, where previous improvements to the aging and mix of inventory allowed the company to avoid the significant discounting that was required a year earlier. The shift in the revenue mix toward higher margined retail from lower margined wholesale revenues also helped boost the rate.

Store operating expenses rose for the fiscal 2010 fourth quarter from a year earlier, reflecting the opening, during the year, of additional corporate locations and the impact of the fiscal 2010 first quarter conversion to corporate ownership of nine formerly franchised Fitness Source locations.

Same-store operating expenses were 20.9% of corporate store revenue compared to 20.8% in the prior year. Same-store expenses, in absolute dollars, decreased $2.3 million ($2.2mm) or 3.8% as a result of tightly controlled store wages and reduced accruals for year-end performance based compensation in the face of the decline in sales.

General and administrative expenses were 8.7% of revenues compared with 7.8% a year earlier. In absolute dollars, general and administrative costs were up C$2.8 million ($2.7mm) almost exclusively the result of the company’s successful decision in early December to ramp up strategic marketing expenditures which had the result of improving sales without discounting margins.

Earnings before income taxes were C$32.6 million ($30.9mm), compared with pre-tax earnings of C$33.9 million ($27.7mm) a year earlier. The earnings decline resulted from the incremental C$1.9 million in amortization expense related to the new stores opened throughout fiscal 2010.

Fourth Quarter Store Activity
At the end of the fourth quarter, the company had 558 stores, which is six less than a year earlier. However, FGL also had 2.5% more retail selling space (an extra 162,172 square feet) compared with a year earlier, due to FGL’s strategy of increasing store size.

During the quarter, FGL decreased the number of corporate stores by nine with the closing of three Sport Mart stores, three Athletes World stores, and one each of Nevada Bob’s Golf, National Sports, and Hockey Experts stores. While FGL did not open any new corporate store locations, it did convert four Nevada Bob’s Golf locations into other banners, including one Sport Chek, one Hockey Experts and two Fitness Source stores.

The franchise division had a net reduction of one store during the quarter, as FGL franchisees opened three stores (an Atmosphere, a Hockey Experts and an S3) while closing four (two Intersport, one Buying Member and one Nevada Bob’s Golf).

Preliminary Q1 Results
Results in the first eight weeks of the fiscal 2011 first quarter stand in stark contrast to the prior year’s first quarter results. The first four weeks sales were supported by sales of Vancouver 2010 Winter Olympic licensed products. However, that sales momentum increased in the subsequent weeks with year-over-year improvements in most major categories, aided in part by a return to seasonal weather, a cautiously optimistic consumer and the impact of our strategic initiatives.

(1) Certain figures for the quarter and year ended February 1, 2009 were restated as a result of the Company’s adoption of CICA Section 3064 – Goodwill and Intangible Assets effective February 2, 2009. 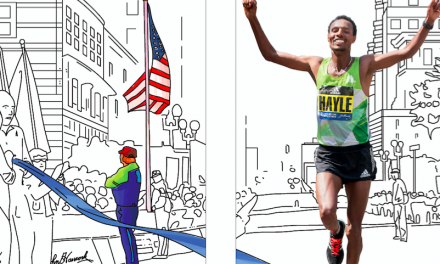