Queri is one of eight co-defendants fined $218,000 for violating the
rules of the Securities and Exchange Commission for passing on word
that Dick's was about to acquire Galyan's, allowing them to buy
Galyan's stock just before it increased in value by 50 percent prior to
the acquisition, according to court documents.

Judge Arthur J. Schwab rendered the final judgment on Friday in the
U.S. District Court for the Western District of Pennsylvania. The case
was originally filed in September 2008.

Ruger Will Report Q1 Earnings May 5 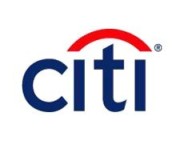