“We extended the momentum with which we started 2015, generating outstanding quarterly sales and profits in the second quarter,” said Richard Johnson, president and CEO. “We continued to achieve broad-based and consistent strength across geographies, banners, channels, and categories. While we work every day to build on our position as a leading global retailer in the athletic industry and produce consistent improvement in our operational and financial performance, I want to pause to acknowledge the incredible team we have at our company and thank each of them for their contributions in producing these excellent first half results.”

“With the strong top line gain, the team at Foot Locker was able to flow the incremental sales dollars through to the bottom line at a very healthy rate, leading to good progress on all of our long-term goals,” said Lauren Peters, executive VP and CEO. “Meanwhile, we continue to invest capital carefully in future growth opportunities, while also maintaining a meaningful return of cash to our shareholders through our dividend and share repurchase programs.”

Net income for the company's first six months of the year increased to $303 million, or $2.14 per share, compared to net income of $254 million, or $1.73 per share, for the corresponding period in 2014. Earnings per share for the six-month period increased 24 percent compared to the same period in 2014. Year-to-date sales were $3,611 million, an increase of 2.9 percent compared to sales of $3,509 million in the corresponding six-month period of 2014.  Year-to-date comparable store sales have increased 8.7 percent. Excluding the effect of foreign currency fluctuations, total sales year-to-date have increased 8.9 percent.

At August 1, 2015, the company's merchandise inventories were $1,317 million, 1.3 percent lower than at the end of the second quarter last year. Using constant currencies, inventory increased 3.3 percent.

The company's cash totaled $970 million, while the debt on its balance sheet was $132 million. The company spent approximately $76 million to repurchase 1.2 million shares during the quarter and paid its quarterly stock dividend of $0.25, spending $35 million.

During the second quarter, the company opened 21 new stores, remodeled or relocated 65 stores, and closed 21 stores. As of August 1, 2015, the company operated 3,419 stores in 23 countries in North America, Europe, Australia, and New Zealand.  In addition, 48 franchised Foot Locker stores were operating in the Middle East and South Korea, as well as 27 franchised Runners Point and Sidestep stores in Germany and Switzerland. 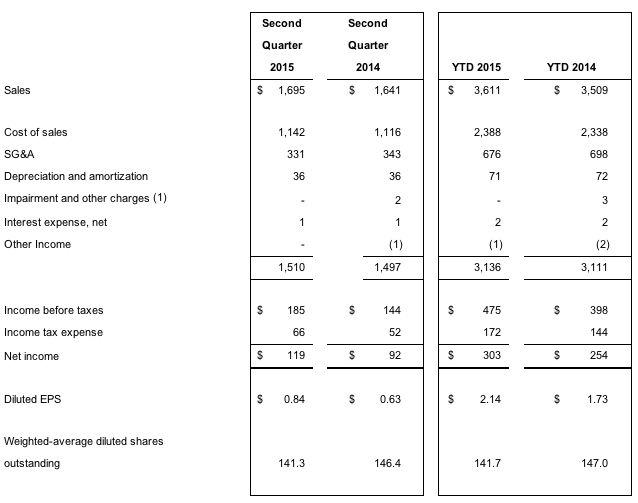 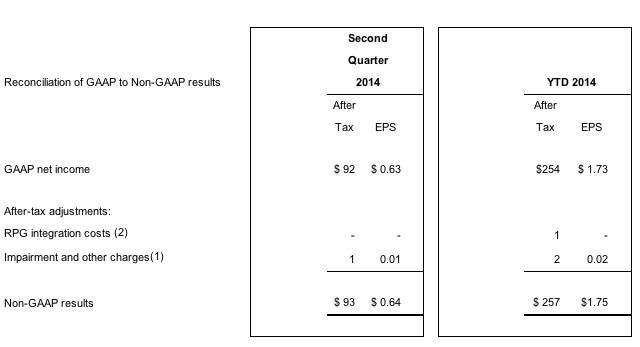