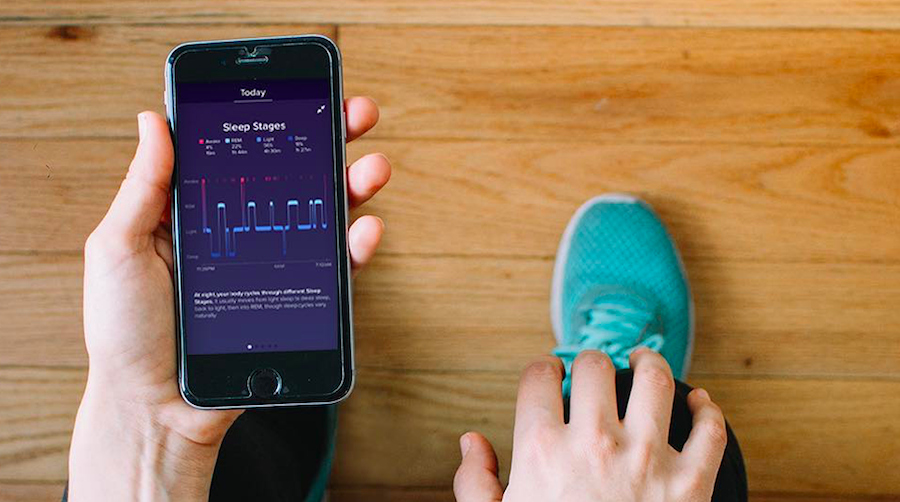 Fitbit posted a steep loss in the first quarter as revenues tumbled 40.9 percent. But the loss was slightly lower than expected, sales higher than expected, and some hype has already arrived that Fitbit may be able to rebound when it enters the smartwatch category later this year.

The company also reiterated its revenue forecast for the full year.

Shares of Fitbit bounced back 78 cents, up 13.7 percent, to $6.46 Thursday on the New York Stock Exchange. The stock remains well off its 52-week high of $17.18 following several disappointments, as well as its all-time high of $48.98 reached soon after it went public in August 2015.

On a GAAP basis, gross margins eroded to 39.6 percent from 46.3 percent. On an adjusted basis, margins were down to 40 percent from 46.6 percent. The average selling price declined 4 percent to $96.45 per device.

New products introduced in the last 12 months, including the Charge 2, Alta HR, and Flex 2, represented 84 percent of revenue.

On a conference call with analysts, Fitbit’s Chairman and CEO, James Park, noted that Fitbit Alta HR was launched to “overwhelmingly positive reviews” and has earned a four-star rating on Amazon. He also highlighted that Charge 2 remains the number one selling connected health and fitness device globally.

While Fitbit is being hurt by broad inventory challenges in the wearable category, “we are feeling more confident that we will enter the back half of 2017 with a relatively clean channel and expect U.S. dollar unit and the revenue growth to more closely match U.S. sales group, units and revenue growth,” he noted.

Nonetheless, Park continued to call 2017 a “transition year” with “room for growth in 2018.” Some trends supporting future growth including consumers continuing to shift their interest “towards more full future devices and smart watches,” as well as employers increasingly considering subsidies or discounts on fitness wearables and the consumerization on the health industries. Said Park, “We believe these trends create a favorable tailwind for Fitbit.”

Despite its recent struggles, Park noted Fitbit has collected more than 50 million registered device users and reached more than 55,000 retailers over its 10-year existence.

“We believe that the strength of our brand, the network effective being one of the largest social fitness network in a key point of differentiation we can leverage,” said Park. “By entering the smart watch category, we believe we can not only address growing segment, but a larger total addressable markets. We believe we can utilize our existing retail footprint to capture shelf space for distribution in addition to marketing directly to a large user base of customers through our fitbit.com channel.”

Park said he was “optimistic” about the company’s future in watches and thought the company has a “unique perspective” on the category. “That’s going to be a focus on health and fitness, but with the right general purpose functionality, long battery life coupled with an amazing interactive experience and one of the largest and most effective fitness social network.”

Other promising new launches include Sleep Stages, which analyzes light, deep and REM sleep and Sleep Insights to provide guidance to improve sleep. Also introduced during the quarter was a new Community section in the Fitbit app, which includes a Feed feature designed to increase engagement and offer users new ways to connect with friends, family, and groups of like-minded individuals. Since launching the feature in March, more than 1 million users have joined a Group and more than 5.2 million users have utilized the Feed, with more than 345 million views of shared posts.

For the year, Fitbit continues to expect revenue in the range of $1.5 billion to $1.7 billion. The non-GAAP net loss per share is projected in the range of 44 to 22 cents.