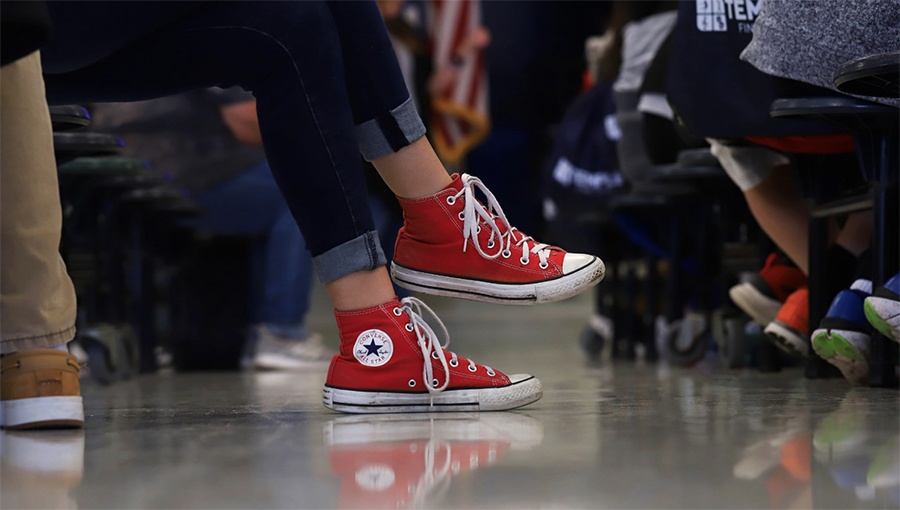 The survey results from leaders working at the nation’s Top 100 shoe companies found a similar outlook when asked about the economy.

Those seeing company sales higher from six months ago fell by half from Q1 to 37.4 percent, mirroring a halving of the share to 31.0 percent that expects company sales to increase over the next six months. Less than half, 48.3 percent, of respondents saw company sales return to pre-COVID levels.

Over one-third of respondents cited inflation as their company’s major issue over the next six months, also a record share.

The share of shoe companies surveyed said their biggest issue was supply chain costs, having fallen from more than 60 percent in Q4 last year to less than 20 percent in Q2 this year.

In a phone interview with Bloomberg, FDRA’s Chief Executive Officer Matt Priest said the results were “dramatic” and “concerning” about the overall economic outlook as inflation has taken over as the major concern.

Priest said that shoes are a key barometer of economic health since they are a necessary staple that consumers repeatedly buy. He added, “Because our economy is mainly driven by consumption, we see the impact of a slowing economy before the numbers are official.”

The signs of weakening demand have caused footwear companies to pause hiring, reversing a significantly brighter outlook from the first quarter. In its second-quarter survey, nearly two-thirds saw no change in hiring, while two-thirds expected to increase hiring in the first-quarter survey.

On costs, about 77 percent indicated operating costs were running higher from six months ago but that marked a slight improvement from the roughly 82 percent that said so in the first-quarter survey. More encouragingly, about 60 percent expect higher operating costs in the next six months, down from approximately 80 percent thinking so in the first-quarter survey.

One-third of respondents look for inventories to decrease over the next six months, a record high.