Dreams, Inc. reported revenues in the first quarter, jumped 42% to $23.5 million. E-commerce revenues rose 52 percent to $16.8 million, largely driven by a 61% increase in the company;s owned brands, led by www.FansEdge.com.

Web syndication sites also contributed to the increase, with 56 websites generating a 51 percent increase in revenues to $5.7 million, as compared to $3.8 million in the same year-ago quarter.

Loss from operations was $2.0 million in the first quarter of 2011, compared to a loss of $1.1 million in the same year-ago quarter. The loss from operations was attributed to one-time charges associated with the downsizing of non-core operations, an increase in cost of sales due to carryover expenses from the robust holiday season, as well as the investment in various initiatives to further leverage the company’s multi-channel retail strategy. Such initiatives include the company’s mobile channel, photo store and auction platforms, as well as the necessary staff to accommodate the growing infrastructure.

Management Commentary
“Our top-line results for the first quarter was driven by 52% organic growth in our proprietary e-commerce channel and led by our flagship FansEdge.com brand,” said Ross Tannenbaum, the president and CEO of Dreams. “Eight out of nine of our owned brands showed at least double digit year-over-year growth, demonstrating growing broad-market demand for our product offerings and a favorable user experience, particularly online.

“During the quarter we continued to leverage our web syndication portfolio, growing the business of our existing partners and continuing to add clients. Proactive steps taken to improve our FansEdge retail stores also positively impacted the quarter, with same-store-sales increasing 80 percent. These results reflect our ongoing efforts to enhance our product offerings, promote our in-store kiosks and cross-market with our online channel to generate growth.

“Our business, like most retailers, has been highly seasonal, with a greater portion of our revenues and operating profits occurring in the second half of the year, and primarily the fourth quarter. Looking to the rest of 2011, we will continue to invest in our growth, sell more of our manufactured items through our retail channels, leverage our purchasing power to reduce costs, expand our web syndication portfolio, and focus on e-commerce. We remain on track to achieve our stated 2011 financial goals of $140 million in total revenues, along with achieving another year of record EBITDA.” 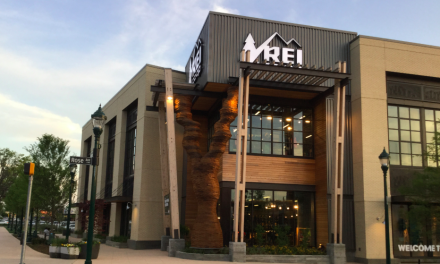