Import cargo volume at the nation’s major retail container ports is forecast to level off this month at about the same numbers as last year after nearly 18 months of year-over-year gains, according to the monthly Global Port Tracker report released by the National Retail Federation and Hackett Associates.

“After nearly a year and a half of volume increases, it’s not surprising to see some leveling off,” NRF Vice President for Supply Chain and Customs Policy Jonathan Gold said. “Retailers are being cautious with how much merchandise they import due to economic pressures such as higher commodity prices, but overall consumer demand remains strong.”

U.S. ports followed by Global Port Tracker handled 1.08 million Twenty-foot Equivalent Units in March, a gain of only 0.3 percent over the same month a year ago. The number was down 2 percent from February, traditionally the slowest month of the year. While the increase was small, it was the 16th month in a row to show a year-over-year improvement after December 2009 broke a 28-month streak of year-over-year declines. One TEU is one 20-foot cargo container or its equivalent.

“Consumers are being cautious about their expenditures in light of the higher gasoline costs and rising inflation combined with mixed signals from the economic data,” Hackett Associates founder Ben Hackett said. “Nevertheless, we expect the second half of the year to be more robust than the first half.”

While import numbers are temporarily flat, the Commerce Department announced Thursday that retail sales increased for the 10th month in a row in April, further evidence that the retail sector and consumer spending continue to lead the economic recovery.

Global Port Tracker, which is produced for NRF by the consulting firm Hackett Associates, covers the U.S. ports of Long Angeles/Long Beach, Oakland, Seattle and Tacoma on the West Coast; New York/New Jersey, Hampton Roads, Charleston and Savannah on the East Coast, and Houston on the Gulf Coast.

No Injury Reports from New Balance/Adidas 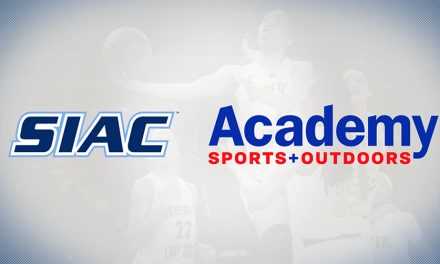