Famous Footwear Dragged Down By Slow Start To Spring 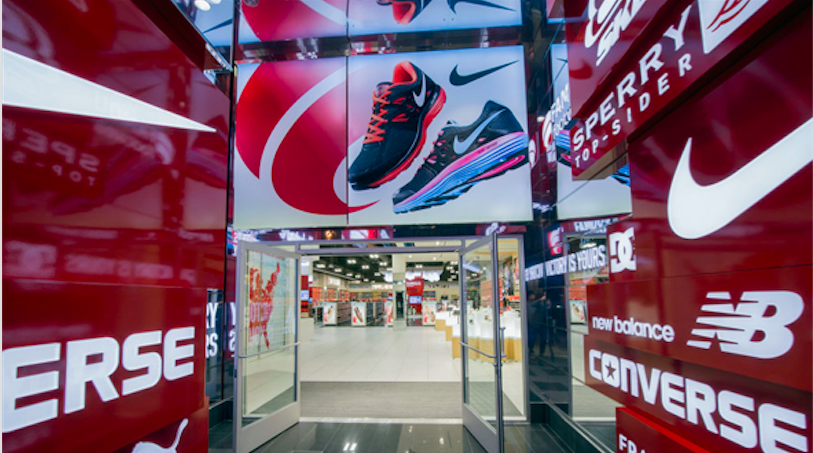 Caleres Inc. lowered its guidance for the year as Famous Footwear joined several other retailers that were unable to recover from a poor February. Again, cold and rainy weather in many parts of the country took the blame. Famous is also expected to be down in the second quarter.

“This new rate reflects the slower than expected improvements at Famous Footwear in the first quarter, both due to unseasonable weather and as we actively clear through inventory in advance of back-to-school,” said Ken Hannah, CFO, on a conference call with analysts, about the updated outlook. “While we expect to see improvements in the back half of the year, we believe the second quarter will remain challenging for Famous Footwear, as we continue to reduce inventory levels.”

Famous’ sales were down 3.1 percent in the first quarter to $352.2 million as the chain operated 28 fewer doors year-over-year. Famous operated 985 at the close of the current quarter against 1,013 a year ago.

Same-store-sales at the chain were down 1.0 percent against a decline of 0.8 percent a year ago.

Gross margins at Famous eroded to 43.4 percent from 45.5 percent as promotions were higher than expected in response to increased industry-wide promotions due to the unseasonable February weather. Famous had also already indicated it planned to incur markdowns to clear inventory in advance of back-to-school selling.

Operating earnings at the segment sunk 50.5 percent to $10.8 million.

“Clearly our performance was, frankly, not what we wanted it to be,” said Diane Sullivan, CEO, president and chairman, on the call.

February comps were down high single-digits, but improvement came with better weather in March. April comp sales were up mid-single-digits and the month was also a record April for athletic sales.

“There were several macro trends that impacted the retail space in the quarter specifically February and the slow start to spring delayed and, in some cases, eliminated sales and in turn drove increased promotions across the industry,” said Sullivan. “As a result, we were more promotional at Famous Footwear during the quarter in response to the unseasonable weather and increased peer activity.”

In addition, Sullivan noted that as management indicated on its fourth-quarter conference call that in order to drive freshness in product assortments for back-to-school, efforts were made to reduce inventory in the first quarter, also impacting gross margin. She said, “We felt it was essential to follow through on our decision to eliminate certain products from our assortment and to reduce overall inventory.”

Famous ended the quarter with inventory down approximately 2 percent year-over-year. Caleres expects to continue to actively reduce inventory at Famous into the second quarter.

Finally, Sullivan said Famous still had excess levels of certain underperforming styles from its lead vendor partner. She added, “We expect a significant improvement to become apparent in the second half. We’re not there yet, but we’re moving in the right direction and we are seeing improvement and good strength in the new product.”

SG&A at Famous was down 1 percent, or $1.5 million, despite incremental investment made in its new rewards program.

One bright spot at Famous was e-commerce which continued to grow as a percent of overall Famous sales.

Sullivan also said that during the quarter Famous invested in its rewards programs and officially launched Famously YOU Rewards.

“A refresh of this program needed to be done, and it’s essential in our go-forward plans,” said Sullivan. “We are on track with our expectations and are already receiving a good response. We expect to see continued and significant improvement during back-to-school and rolling into the second half of the year.”

Companywide, consolidated sales of $677.8 million were up 7.2 percent.

At its other segment, Brand Portfolio sales were $341.1 million, up 20.3 percent. The gain reflected the addition of Vionic and Blowfish sales and the planned reduction in Allen Edmonds sales.

SG&A expense of $262.1 million represented 38.7 percent of sales, an improvement of more than 90 basis points.

Net earnings came to $9.1 million, or 22 cents a share, down from $17.2 million, or 40 cents, a year ago. Charges in the quarter were related to the acquisition and integration of Vionic and business exits from the Brand Portfolio segment.

Excluding special items in both periods, adjusted earnings were down 18.8 percent to $15.0 million, or 36 cents a share, from $18.5 million, or 40 cents, a year ago. Results were in line with Caleres’ target and a penny above Wall Street’s consensus estimate.

For the year, Caleres now expects adjusted EPS at the midpoint of its guidance to show year-over-year growth of 9 percent, down from a 13 percent growth rate previously. The guidance now runs between $2.35 to $2.45, down from $2.45 to $2.55. Wall Street’s consensus had been $2.48.

Asked why Caleres expects a bounce-back performance from Famous in the second half, Sullivan said part of it is high expectations on the new product that will replace some slower than expected sellers. She said, “That’s both on the athletic side and our key vendor partners there as well as on the non-athletic side with a lot of new iconic brands that we’re bringing in and actually getting allocated more inventory in order to support those brands going into the third quarter.”

Sullivan also expects a benefit from new rewards programs, which are expected to be “up and running and performing well” to support back-to-school selling. Finally, Sullivan said the company “feels very confident” about its marketing plans for the second half. Said Sullivan, “There are a few new shifts in terms of what we’re going to be doing in a positive way, and the good news is we’ve tested some of those things and we like what we see.”

Sullivan also addressed the potential impact of tariffs with additional tariffs up to 25 percent proposed by the Trump administration in May. She noted that Caleres has been actively diversifying production away from China over the last five years and now sources approximately 60 percent of its products from there.

She said, “Our powerful sourcing base gives us a competitive advantage in the footwear space. While nothing is final yet and we are certainly hopeful for a positive resolution, we are actively working through contingency plans which include potentially shifting additional production out of China, working with our factory partners to reduce costs and exploring price increases. While we are treating this issue with the same sense of urgency we’re applying across our entire business, we are taking nothing for granted.”

At Famous, she estimates 35 percent to 45 percent of footwear styles come from China.

Caleres’ team was also asked why Nike had dropped to 22 percent of sales in 2018, down from 25 percent in 2017, according to Caleres’ 2018 annual report. The decline implies a mid-teen reduction. Hannah assured the analyst that Nike’s sales are expected to rise this year. The CFO said, “We are expecting Nike to be up and I think that’s really the dynamic that we’re seeing here through the first half and then the confidence that we have going into back-to-school. The new product, as it is showing up, we’re actually seeing some nice gains and it’s really the clearing out of the older product that’s putting the pressure on the first half of the year, but we are expecting Nike, in total, to net to a positive.”