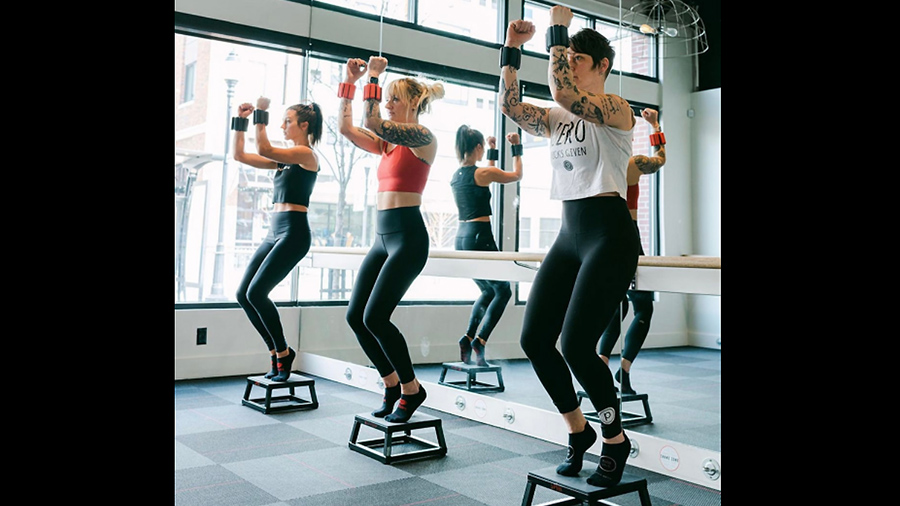 Xponential Fitness said first-quarter North American systemwide sales grew for the seventh consecutive quarter, up 70 percent year-over-year. The owner of fitness boutiques is on track to open over 500 new studios this year.

“On the heels of a very strong fourth quarter, Xponential Fitness entered 2022 with great momentum,” said Anthony Geisler, CEO, on a call with analysts.

“Importantly, performance during the first quarter continued to strengthen month-over-month,” said Geisler. “We reached a significant milestone in March with monthly run rate North American AUV (average unit volume) of $477,000, rebounding to the peak pre-COVID quarterly run rate AUV. We expect that AUVs will continue to increase with the ongoing execution of our growth strategies.”

Quarter to date, positive momentum has continued across boutique franchises.

“While we are in a period of unprecedented inflation and macroeconomic pressures, our member counts are increasing overall and at the individual studio level as our customers continue to prioritize their health,” said Geisler. “Further, we believe our model is more insulated from macroeconomic pressures as our customers who, in general, are on reoccurring membership packages do not view fitness as discretionary spend. And our membership fees tend to be a relatively small piece of their overall budgets.”

For the first quarter, total revenue, including royalties from franchisees, jumped 73 percent to $50.4 million, including a corresponding North America same-store sales increase of 47 percent.

The adjusted net loss, which excludes the contingent consideration related primarily to the Rumble acquisition, was $5.3 million, or 19 cents.

Adjusted EBITDA increased four times to $14.5 million, up from $3.6 million in the prior-year period. Compared to the fourth quarter, adjusted EBITDA in the first quarter improved by $5.9 million, an increase of 68 percent, with adjusted EBITDA margins nearly doubling quarter over quarter.

To drive growth, Geisler said a primary focus would be increasing its franchise studio base across all brands in North America and expanding internationally.

Said Geisler, “We ended the quarter with 2,229 global studios, the largest studio count in our company’s history. Having opened 99 net new studios in the first quarter as expected, we remain on track to open over 500 new studios this year.”

Internationally, the company now has almost 1,000 studios obligated to be opened, including recently entering agreements for Mexico and the U.K.

On the M&A front, the integration of BFT (Body Fit Training) remains on track, with over 170 franchise studios currently open and an additional 180 studios sold and contractually obligated to open globally. Said Geisler, “In terms of future M&A, we will continue to opportunistically evaluate potential brands and new modalities, taking a disciplined approach to capital allocation.”

Drivers of same-store sales and average unit volume (AUV) are expected to include the XPass all-access subscription program that enables entry to its ten boutique fitness studios and its XPlus on-demand online offering.

Subsequent to the quarter’s end, Xponential Fitness announced an expansion of its digital offering in collaboration with Lululemon and its home gym technology, Mirror. Beginning this fall, four of Xponential Fitness’ brands, Pure Barre, Rumble, YogaSix, and AKT, will create original fitness content for the Mirror.

“We are thrilled to introduce exponential offerings to the Mirror community and believe this partnership will help us increase brand awareness and reduce overall customer acquisition costs given that Lululemon, Mirror and Xponential all target a similar customer demographic.,” said Sarah Luna, president, on the call.

Xponential Fitness reiterated its guidance for 2022 that calls for:

Geisler concluded, “In summary, we are very pleased with our solid start to 2022. Xponential is well-positioned for continued growth as we open new studios, drive same-store sales and expand our operating margins. These factors, combined with the ongoing execution of our four strategic growth initiatives, continue to solidify our position as the largest and most differentiated global franchisor in the boutique fitness industry.”