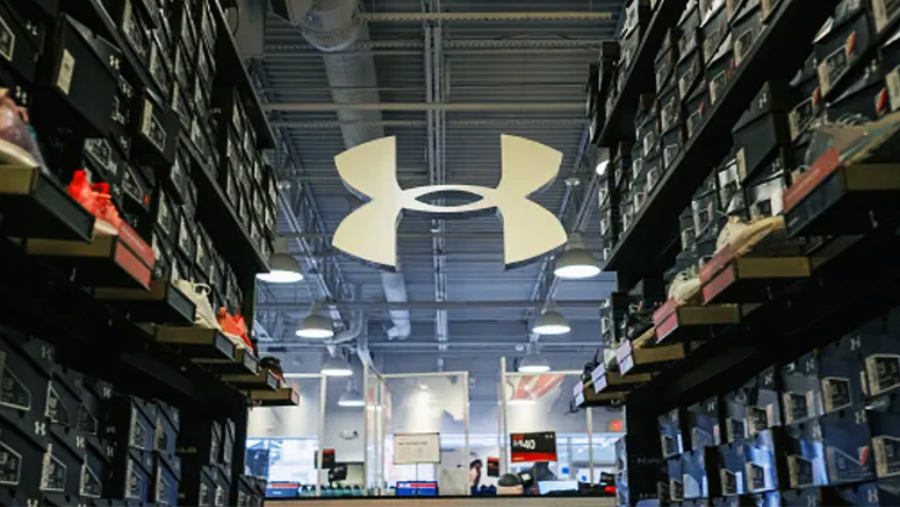 Shares of Under Armour were trading down about 25 percent in mid-day trading Friday after the company reported results for its transitional March quarter that slightly lagged Wall Street expectations and provided weak guidance for the current year as it battles supply chain disruption and COVID-related lockdowns in China.

“Having successfully executed a multi-year transformation after delivering the best year in Under Armour history in 2021, results for our transition period came in lighter than we had expected due to ongoing supply challenges and emergent COVID-19 impact on our Asia Pacific business,” said Patrik Frisk, president and CEO, on a call with analysts. “These trends, which we believe to be temporary, are also expected to impact how fiscal 23 is shaping up”

Frisk assured analysts that underlying demand for the brand remains strong with the firm having to cancel orders in the current quarter due to supply chain challenges. He said, “We feel good about growth going forward. And also we feel good about our ability to continue to grow our margins back again. So, this is a temporary state for this brand.”

In February, Under Armour announced it was changing its fiscal year from December 31 to March 31.

In the transition quarter ended March 31, sales were up 3.4 percent (up 4 percent currency-neutral) to $1.3 billion, just short of Wall Street’s consensus estimate of $3.2 billion.

Dave Bergman, CFO, said Under Armour had forecasted sales to be up at a mid-single-digit rate. The forecast included an estimated 10 percentage points of revenue headwinds related to reductions in the Spring/Summer 2022 wholesale order book from supply constraints associated with ongoing pandemic impacts.  Since providing the forecast, Under Armour’s APAC revenue has been affected by inbound shipping delays driven by pandemic disruptions. In addition, Under Armour encountered restricted store hours and store closures in China due to COVID-19, which caused significant reductions in retail traffic. Together, these challenges weighed on March quarter revenue by about 1.5 percentage points.

Wholesale revenues in the quarter increased 4 percent to $829 million, driven primarily by increases in its distributor and off-price businesses. The percent of sales to the off-price channel continues to remain low, at within 3-to-4 percent of revenues and is expected to remain at those levels for fiscal 23.

Direct-to-consumer (DTC) revenue increased 1 percent to $441 million, driven by 2 percent growth in e-commerce, which represented 45 percent of the total DTC business during the quarter. Owned and operated store revenue growth was flat during the quarter. Licensing revenue was up 23 percent to $26.6 million, driven by a timing shift in APAC and solid growth in North America.

By region, North America revenue increased 4.4 percent to $841 million, including growth in both wholesale and DTC.

International revenue increased 1 percent to $456 million (up 3 percent currency-neutral). Within the international business, revenue increased 17.6 percent in EMEA (up 22 percent currency-neutral) to $228.1 million, driven by growth in wholesale and DT. In the Asia-Pacific, sales decreased 13.5 percent (down 13 percent currency-neutral) to $181.9 million due to COVID-related inbound shipping delays, and challenging market conditions amplified by retail store closures and restrictions in China. In Latin America, sales were down 5.5 percent to $45.6 million due to shifts in the business towards a distributor model, which was completed in the third quarter of fiscal 2021.

Gross margins fell 350 basis points to 46.5 percent. The decline was largely due to elevated freight costs, particularly for ocean freight, which came in considerably higher than expected, along with increased air freight utilization. Increased off-price and distributor sales also weighed on margins. These headwinds were partially offset by 120 basis points of pricing improvements due to better pricing of sales to the off-price channel and lower promotional activity within its DTC channel.

Restructuring and impairment charges were $57 million in the latest period against $7.1 million in the year-ago period. Under Armour announced that it had concluded its 2020 restructuring plan during the latest quarter. Under the $600 million plan authorization, $571 million of total charges were recognized, including $197 million of cash-related charges and $374 million of non-cash-related charges.

The net loss in the period came to $60 million, or 13 cents a share, against earnings of $78 million, or 17 cents, a year ago. On an adjusted basis that excludes items tied to its 2020 restructuring program, the adjusted net loss was $3 million, or 1 cent a share, missing Wall Street’s consensus target of 4 cents. In the year-ago period, adjusted net income was $75 million, or 16 cents per share.

Inventory at the quarter’s end was inventory was down 3 percent, driven primarily by inbound shipping delays due to COVID-related supply chain pressures.

Under Armour’s outlook for its fiscal year ended March 2023 includes:

Bergman said Under Armour expects the first half of fiscal 2023 to be the most heavily impacted by order cancellations and supply chain delays. Current COVID-19 impacts in China are also to lessen as the year progresses to also support gradually improved sales growth as the year develops with the highest year-over-year gains expected in the fourth quarter.

The most significant declines in gross margin are expected to be in the second quarter as elevated freight costs, particularly for ocean shipments, peak against year-over-year comparisons. A smaller decline is expected in the third quarter with improvement seen in the fourth.

For the current first quarter, sales are expected to be flat to down slightly versus the prior-year quarter, including about 10 percentage points of headwinds from proactive reductions and cancellations to orders due to COVID-19-related supply constraints. Due to higher freight costs, gross margins are expected to be down approximately 250 basis points compared to the prior year. Operating income is expected in the range of $25 million to $35 million (versus $124 million on an adjusted basis a year ago) and EPS to range between 2 to 3 cents (versus adjusted year-ago EPS of 24 cents.)