EXEC: Under Armour Looking For New CEO To Accelerate Growth 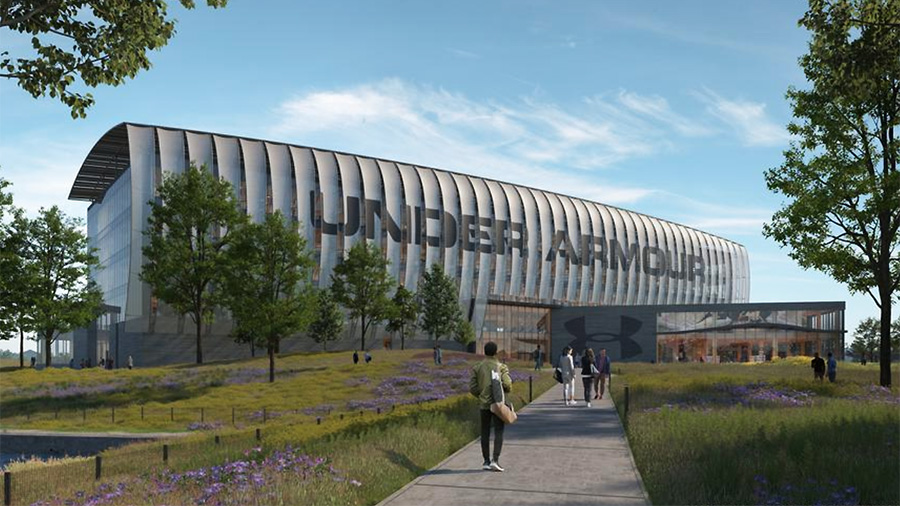 In his first quarterly analyst call since stepping down as CEO in 2019 to become executive chairman and brand chief, Kevin Plank said that while Under Armour has strengthened its “strategic operational and financial foundations” over the last several years, the search is ongoing for a permanent CEO who can “drive more robust top-line growth and increase profitability over the long term.”

On May 9, Under Armour unexpectedly announced that Patrik Frisk would step down as CEO and board member on June 1, replaced on an interim basis by COO Colin Browne.

Plank’s comments come as Under Armour reported results for the fiscal first quarter ended June 30 that were in line with Wall Street estimates but lowered its EPS guidance as margins are expected to be squeezed by higher promotional activities, channel mix and heightened headwinds from changes in foreign currency.

Plank, who founded the company in 1996, said the board is seeking a “proven leader capable of amplifying our existing strategy in a now large and mature public company, a professional who can technically do the job while simplifying the definition of success in that job.”

He cited the many “assets” Under Armour has built as it’s become a nearly $6 billion brand, including amassing 1,400 global UA stores across partners, owned locations and 10,000 points of retail distribution in the U.S.

Plank said the brand has an “authenticity that is undeniable,” supported by its football roots but also the brand’s more than 450 outfitting contracts with colleges, more than 2,000 contracts with high schools and nearly 1,000 club and travel teams. Plank added, “The overwhelming majority pay to have UA on their uniforms.”

Plank said Under Armour’s aided brand awareness is 92 percent in the U.S., confirmed by more than 600,000 consumer interviews conducted over the last several years. At the sponsorship level, he cited Under Armour’s partnerships with top college football programs, citing:

Plank nonetheless lamented, “And as the fuel for these and all UA assets, we have a big budget to work with, including more than $600 million marketing dollars, and we do not feel as if we’ve optimized this and will continue to reposition and reallocate those dollars to drive brand growth.”

While Under Armour has ample opportunities as it gains traction in many markets overseas, Plank underscored “how heavily focused we are on ensuring that we win here in North America and have every confidence that we have the tools to do so.”

He added, “Our cupboard today is full, and there’s so much to choose from and to build on; that is why we continue to use the word ‘amplify’ to describe our go-forward strategy. Not a departure from where we’ve been but simply amplifying our existing strategy.”

Beyond existing assets, this fall, Under Armour will launch a footwear platform in training that Plank believes has the potential to become a “signature item” supporting its $1.5 billion footwear business. He also promised Under Armour would invest more in sportswear “when our athletes are beyond the fields, courts and gyms” to support multiple wearing occasions. He said Under Armour aimed to be “the preeminent innovation company at the intersection of performance and style” with plans to explore “collaborations with brands from time to time that make sense.”

Plank said its board is running a formal process, led by Karen Katz, to find UA’s next CEO before year’s end. Plank added that Colin Browne had done an “outstanding job” and is a candidate.

Frisk earned credit for streamlining and repositioning Under Armour for profitable growth, but his exit came just after the company offered a disappointing outlook for fiscal 2023, partly due to supply chain obstacles. Some analysts have speculated that Frisk didn’t drive enough top-line growth for Plank.

Plank said Wednesday, “Under Armour is on its front foot and playing offense. We’ve spent the last several years building our strong foundation and defense. But sometimes, the best defense is to score another touchdown, and we will do both.”

In the quarter ended June 30, sales were flat at $1.35 billion, up 2 percent currency neutral, in line with analyst estimates.

Wholesale revenue increased 3 percent to $792 million, and direct-to-consumer (DTC) revenue decreased 7 percent to $521 million, driven by an 8 percent decline in owned and operated store revenue. E-commerce revenue declined 6 percent and represented 39 percent of the total DTC business during the quarter.

North America revenue was flat, up 1 percent currency-neutral, compared to the prior year at $909 million. Increased revenue in wholesale offset a DTC decline.

In wholesale, increased revenue in its full-price business was tempered by decreased sales to the off-price channel.

In its DTC business, positive momentum in its full-price stores and e-commerce businesses was offset by a decline in outlet stores.

By product type, apparel revenue decreased 1 percent to $868, with strength in team sports, particularly global football and baseball, offset by softness in golf and run categories.

Footwear revenue increased 1 percent to $347 million as the supply chain continues to catch up to delays following last year’s shutdowns, where the company experienced a more significant impact on footwear production. CFO Dave Bergman said, “Despite these challenges and delays, we saw good performance during the quarter in our football and basketball categories, offset by declines in the run category.”

Accessories revenue decreased 13 percent to $97 million due mainly to planned lower sales of its sports masks.

Browne, on the call, also reiterated the growth theme. He said, “Over the last couple of months, I’ve spent significant time meeting with customers, partners and teammates, and I can report that our brand remains strong and that our multi-year efforts to strengthen our core business are working. Yet cutting to the chase, there is considerably more that we can do to maximize larger opportunities and consideration for the Under Armour brand over the near and long term.”

He noted that following last fall’s lockdowns in key factories in Vietnam, “we believe an overabundance of product is about to hit the market, specifically as the supply chain starts to recover from last year’s disruptions.”

He added, “During the same period, Under Armour ran a constrained model designed to clean the market and prime the brand for future growth. While well intended and we believe successful in helping to restore brand health, this strategy was further exasperated by COVID-impacted product supply chain and order constraints, along with order cancellations, all conspiring to impact our revenue performance. As we pivot to our next phase, we are adjusting this model to unleash the brand’s full potential.”

Browne said Under Armour suspects the market will be “very promotional” for the balance of the year. He said, “We will need to participate in many of these promotions, which is the primary factor for our margin call down. However, we are taking the time to assess where we’re at, where we need to be and how we want to reposition ourselves for more significant top-line growth in years to come.”

Under Armour’s updated outlook for its fiscal year ended March 31, 2023 calls for: