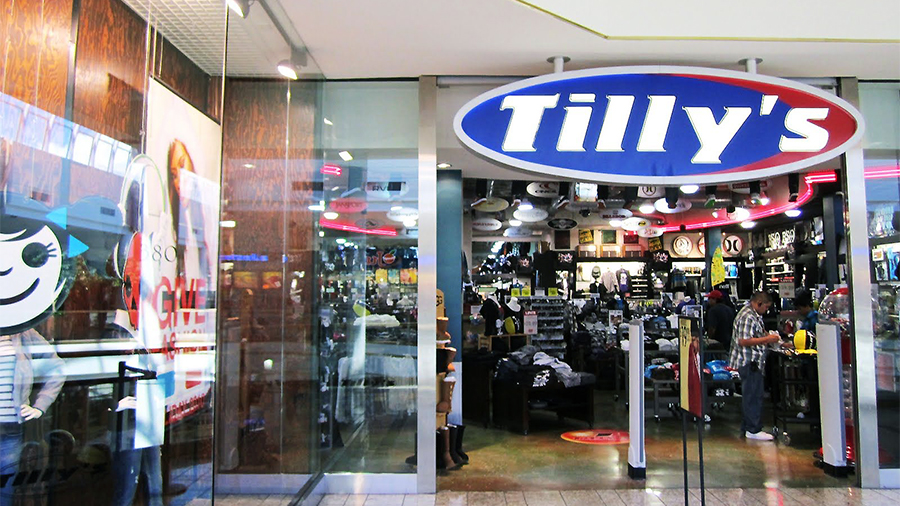 Tilly’s, Inc. reported first-quarter results that were, as expected, well below year-ago levels due to difficult comparisons. Officials expect inflationary pressures and elevated inventory levels to remain headwinds in the quarters ahead.

On a call with analysts, Ed Thomas, president and CEO, said first-quarter operating results were in line with the company’s outlook range for the quarter.

“Last year was an amazing year, fueled by the unprecedented pent-up consumer demand, exiting 2020 pandemic restrictions and the impact of federal stimulus payments,” said Thomas. “As we lap those record-setting members amid a highly inflationary environment this year, we expect our fiscal 2022 operating results will be significantly below last year for each quarter. However, relative to our pre-pandemic performance in fiscal 2019, we delivered comparable net sales growth with consistent product margins, improved gross margin as a result of lower occupancy costs and higher operating income in the first quarter despite significant cost increases that have occurred since then in wages, freight, fuel, and insurance.”

He added, ‘Despite the challenges in the current environment, we continue planning for growth and a further improvement in our business over time. We continue to believe we have ample opportunity to grow our business, both in store count and via e-commerce and are investing to position ourselves for that growth.”

In the quarter ended April 30, sales slumped 10.7 percent to $145.8 million, in line with Tilly’s guidance calling for sales in the range of $143 million to $148 million. Total comparable net sales, including physical stores and e-commerce, fell 13.0 percent.

Net sales from physical stores were $117.5 million, a decrease of 8.0 percent, with store comps down 10.8 percent. Tilly’s ended the first quarter with 241 locations compared to 238 at the end of the first quarter last year. Net sales from e-commerce dropped 20.3 percent to $28.3 million. E-commerce represented 19.4 percent of sales in the quarter compared to 21.7 percent last year.

Relative to the pre-pandemic first quarter of 2019, sales climbed 11.9 percent. Comps increased 5.8 percent, with a 0.7 percent decline from physical stores offset by a 42.3 percent jump from e-commerce, reflecting the general shift in consumer behavior towards online shopping over the past three years.

Additionally, $1.6 million was attributable to a credit from the reversal of a disputed California sales tax assessment in last year’s first quarter. Partially offsetting these increases was a reduction in corporate bonus expense of $1.6 million due to the lack of a bonus accrual in fiscal 2022.
Relative to the pre-pandemic first quarter of 2019, SG&A was $7.2 million higher, primarily due to wage inflation, e-commerce marketing and fulfillment costs associated with online net sales growth, and increased insurance premiums.

Tilly’s ended the first quarter with inventories per square foot up 12.7 percent year-over-year due, in part, to continuing supply chain challenges. Michael Henry, CFO, also noted that Tilly’s ended last year’s first quarter with reduced inventories due to the unexpected net sales growth during that period. The inventory increases are primarily in basic key items within men’s and women’s apparel and footwear rather than in riskier fashion or seasonal items.

Said Henry, “We have been adjusting as we read business results, including canceling late seasonal goods and reflowing key replenishment items. Our intention is to get overall inventory levels more consistent with our sales performance by the end of the third quarter without sacrificing product margins beyond what would be expected when comparing to last year’s higher overall level of full-price selling.”

Looking ahead, Tilly’s expects same-store sales in the second quarter to decrease 17.0 percent relative to the comparable period of 2021 due to continued tough comparisons but also as customers continue to deal with high inflation and energy costs.

Product margins in the quarter are projected to be 200-to-250 basis points below last year due to the historically high level of full-price selling during fiscal 2021. The company expects the combination of buying, distribution and occupancy costs to deleverage by approximately 270-to-320 basis points relative to last year, primarily due to carrying these costs against a lower level of net sales.

SG&A is expected to be approximately $47 million to $48 million against $48.3 million last year and operating income to be in the range of approximately $6.0 million to $8.5 million against $26.4 million last year.
Total comps through May 30 declined 17 percent versus the comparable period of last year as the chain continues to lap last year’s pent-up demand and stimulus impacts. Through May 30, relative to the comparable period of 2019, total sales increased 13.9 percent with a comparable net sales increase of 8.6 percent, with comp growth from both stores and online.

“We believe it is going to be a challenging year relative to last year’s incredible record-setting results,” said Thomas. “However, we also believe that in the absence of a significant slowdown in consumer spending or unforeseen pandemic impacts, we have an opportunity to produce operating results that are consistent with or better than our pre-pandemic performance in the back half of fiscal 2019 despite the significant cost increases that have taken place since then.”

Asked about pricing and expected promotional activity given the elevated inventory levels, Thomas said price increases for both branded and private label merchandise have been “no greater than 5 percent across the board,” and prices at the store level are being adjusted to maintain margins.

The “biggest challenge is just the inconsistency of the supply chain delivery,” added Thomas. He pointed out that Tilly’s 12.7 percent inventory increase is better than several other retailers reporting first-quarter results.

“We think we’re in pretty good shape,” said Thomas about inventory levels., “It will not require us to do any crazy promotional activity to get the inventory levels in line with sales by the end of the quarter. So I’m not expecting anything unusual in promotional pricing either way. I don’t think promotions are driving traffic for most retailers. It’s more the challenge of inflation, the cost of gas. Those factors impact the customers’ thinking whether they’re going to buy another T-shirt or not.”