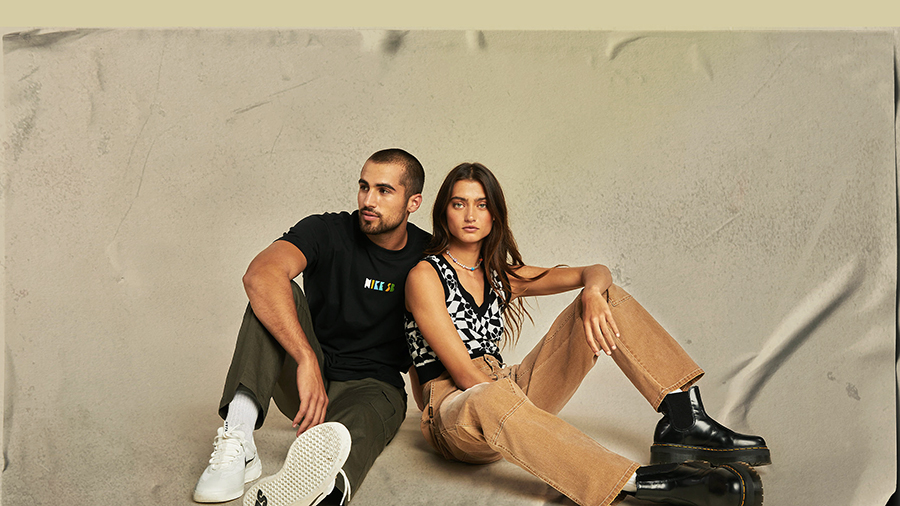 Tilly’s, Inc. reported sales and earnings in the third quarter were down against record year-ago results but topped the action sports chain’s expectations and management predicted an improved comp sales trend for the fourth quarter relative to recent quarters.

Last year’s record results were fueled by unprecedented pandemic-related factors, along with supply chain concerns around inventory shortages of holiday goods, which Tilly’s believed pulled sales forward into the third quarter last year. The year-ago period marked the first time in Tilly’s history that fourth-quarter sales came in below third-quarter sales due to the shift.

“Our third quarter sales performance was stronger than we anticipated throughout the quarter, resulting in both top-line and bottom-line results exceeding our outlook and analyst consensus estimates for the third quarter,” said Ed Thomas, president and CEO, on a call with analysts.

Thomas said the improved comp trend for the fourth quarter assumes that fourth-quarter sales performance will revert to a more traditional holiday cadence, including being the largest sales quarter of the year. He also noted that margins should benefit as inventories at the quarter’s end were down 6.9 percent compared to last year, an improvement from being up 4.1 percent relative to last year at the end of this year’s second quarter.

In the third quarter ended October 29, sales were $177.8 million, a decrease of 13.7 percent. Comparable sales, including both physical stores and e-commerce, decreased 14.9 percent. Under its guidance, Tilly’s had expected sales in the range of $165 million to $170 million with a comparable net sales decrease of 18 percent to 21  percent.

Gross margins eroded 650 basis points to 30.7 percent of sales. Product margins declined 300 basis points, primarily due to an increased markdown rate compared to last year, during which record full-price selling supported an abnormally low markdown rate. Buying, distribution and occupancy costs were deleveraged by 360 basis points collectively due to carrying these costs against a significantly lower level of sales this year.

SG&A expenses increased 1.3 percent in dollars, reaching 27.1 percent of sales against 23.2 percent the prior year. The increase in SG&A dollars was primarily attributable to the impact of wage inflation on store and corporate payroll expenses as well as operating four additional stores compared to last year.

On the call, Thomas said that as expected, a deceleration in sales trends was seen from month to month as last year’s early holiday shopping that was driven by supply chain concerns and other pandemic-related factors was anniversaried in the later stages of the quarter.

Not surprisingly, as Tilly’s lapped those prior-year conditions amid this year’s highly inflationary environment, all geographic markets comped double-digit negative and most merchandising departments comped double-digit negative in the third quarter. The category exceptions were footwear, which was just slightly negative, and accessories, which was led by strength in backpacks but still decreased by a single-digit percentage overall.

Thomas said, “Assuming our fourth-quarter sales exceed third-quarter sales, as has been the case throughout our history, except for last year, we believe we have an opportunity to produce an improved comp sales trend for the fourth quarter relative to recent quarters, although still below last year due to the much more difficult economic conditions in play this year.”

He added, “We will continue to manage our business prudently relative to the current environment, but remain focused on our longer-term goals of continued growth and improved operational performance.”

For the fourth quarter, the guidance calls for sales in the range of approximately $183 million to $188 million, a decline of about 9 percent to 10 percent from $204.5 million a year ago. EPS is expected in the range of 2 cents to 6 cents, down from 38 cents in the year-ago quarter.

In the Q&A session of the call, Thomas said the apparel softness in the marketplace is partly due to having “no dominant trend” reaching Tilly’s target younger age demographic, except for non-denim long bottoms. He said, “Other typical categories that are strongest have slowed down and, I think, part of it is economic, and part of it is lack of a really dominant trend.”