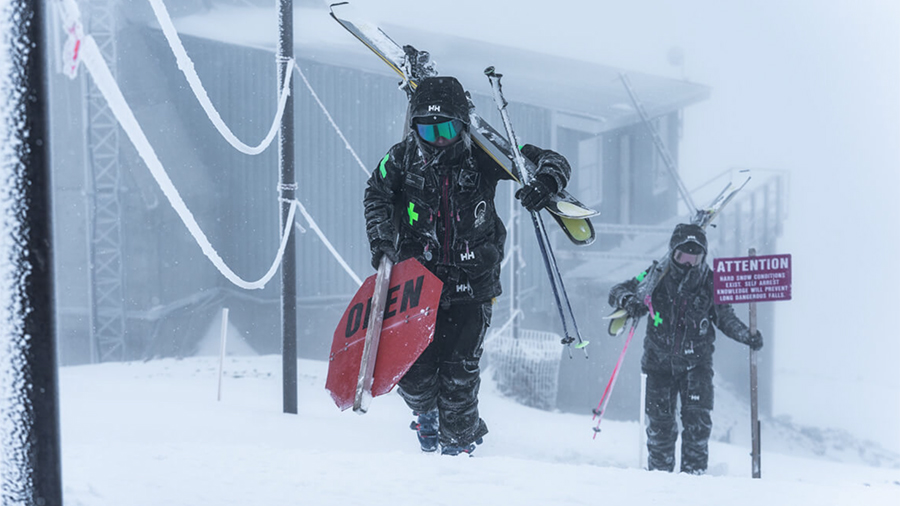 SportChek’s comps were slightly down in the third quarter against a double-digit gain in the year-ago period, officials at parent Canadian Tire said on an analyst call. Growth in cycling and casual clothing partially offset the decline in athletic clothing and footwear against last year.

On the call, Gregory Craig, EVP and CFO, said, “At SportChek, Q3 comparable sales were down 1 percent as we cycled an 11 percent comp last year when we benefited from pent-up demand as customers return to stores in Ontario and team sports resumed.”

The cycling category’s growth was led by sales of Canadian Tire’s own brands, Diamondback and Nakamura. Craig added that strong sales in Quebec for the SportChek segment resulted in a higher mix of franchise sales, which contributed to a lower margin relative to last year when the sporting goods sector was “in a low promo environment and customers were shifting back to in-store shopping and inventory was less readily available.”

Revenue at the SportChek segment was Canadian$576.4 million in the quarter against C$560.6 million a year ago, a gain of 2.8 percent.

Companywide, Canadian Tire reported EPS earnings of 3.14 per share that included 20 cents per share, or $16 million, of operational efficiency program costs. On a normalized basis, EPS was $3.34 and included foreign exchange losses related to changes in the Norwegian Krone relative to Helly Hansen’s results.

Normalized EPS of $3.34 was down 20.5 percent year over year, reflecting a lower retail gross margin rate against a strong margin last year at the flagship CTR chain and SportChek as well as higher freight costs absorbed this quarter.

“Q2 was another strong top-line quarter, with retail sales continuing to run 20 percent above pre-pandemic levels,” said Craig. In the petroleum business, although volumes were down, higher prices at the pump translated into higher revenue. Retail sales growth, excluding petroleum, was just under 1 percent year-over-year.

At its two other businesses, same-store sales at CTR were up 0.7 percent year-over-year while sales at Mark’s grew 3.6 percent.

At CTR, Seasonal and Gardening was the strongest division as summer weather arrived in the second half of the quarter across most of the country. Automotive remained strong, driven by maintenance. Living, Fixing and Playing divisions were down in the quarter compared to last year due to supply challenges in areas like vacuums and portable power tools, and demand for some home items and exercise equipment also slowed. Camping and paint saw growth. Sales in all divisions remain well above 2019 levels.

Mark’s, its work chain, benefited from growth in industrial and casual demand while delivering its ninth consecutive quarter of positive performance.

Retail IBT (“Income Before Taxes”) was C$133.0 million, compared to C$226.5 million in the prior year. Normalized IBT was $148.8 million. Strong revenue growth was offset by the impacts of higher freight and product cost inflation on gross margin and lower other income, mainly in relation to foreign exchange impacts.

Craig said the retail gross margin was slightly below year-ago levels due in part to “an extremely strong margin rate in Q3 of last year as we were operating in a less intense promotional environment as we came out of lockdown in Ontario.”

He said similar to Q2, freight cost and cost inflation were the biggest headwinds in Q3. The CFO added, “Freight at CTR had a negative impact of around 200 basis points on our retail gross margin rate, a bigger impact than any other quarter this year due to higher fuel and ocean rates.”

Nonetheless, Craig said Canadian Tire sees these headwinds to ease starting in Q4, its biggest quarter. He elaborated, “First, we had elevated comp freight costs beginning in Q4 of 2021, so we’ll be cycling an easier comp. Second, based on what we’re seeing in the market, ocean spot rates are meaningfully lower than they were last year. Fuel prices are coming down and product costs appear to be stabilizing. Major margin rates may vary from quarter to quarter, and I want to be clear, the decline we experienced in the quarter was not related to a shift in our promotional strategy to stimulate demand or incremental markdown activity to clear activity. As we said at our Investor Day, our goal continues to be to hold and protect our retail gross margin rates over the longer term, while striking the right balance between demand creation and being price competitive as needed.”