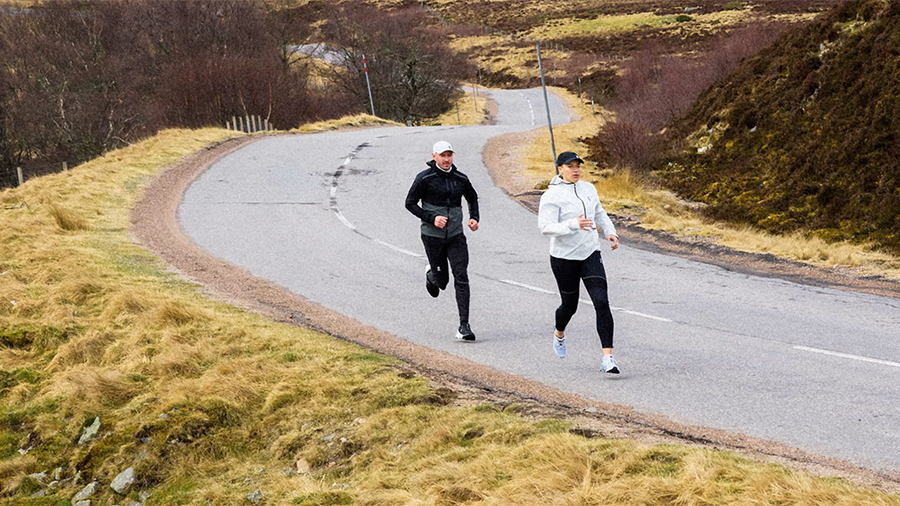 On, the Swiss running brand again raised its full-year outlook after reporting earnings in the third quarter ended September 30 surged 20.5 percent on an adjusted basis on a 50 percent sales gain. The gains were helped by strong product responses and expansion at Dick’s, Foot Locker and Nordstrom and came despite logistics disruptions at its Atlanta warehouse.

On a call with analysts, David Allemann, co-founder and executive co-chairman, said the period marked the strongest quarter in On’s history with sales exceeding CHF 1 billion  for the first time when considering the past 12 months through September 30. . Allemann said On remains focused on “building a company that is set up for durable growth, with the goal of being the number one brand on runner’s bodies.”

Martin Hoffmann, co-CEO and CFO, “The strong results validate continued high demand for our brand globally. At the same time, they validate our ability to scale all parts of the business.” He said growth was boosted by strong acceptance of its product, successful expansion with wholesale partners including Dick’s Sporting Goods and Foot Locker, and progress connecting with consumers.

The strong results came despite logistics challenges. In mid-August, On experienced temporary constraints at its U.S east coast warehouse in Atlanta caused by a system upgrade by its 3PL partner. While the situation has been remedied, the problem caused On to be unable to fulfill all the demand it had in the U.S., particularly impacting DTC sales due to longer delivery times and higher cancellation rates.

In addition, the strength of the U.S. dollar in conjunction with the weakness of the euro in ratio to On’s currency Swiss francs had a significant negative impact on gross profit margin and adjusted EBITA margin of 250 basis points compared to the third quarter last year. He added, “Even in spite of these headwinds, we delivered record results, which is a testament to our strong brand momentum and high-quality, team-based execution.”

By channel, wholesale sales climbed 55.6 percent to CHF 221.4 million. Growth benefited from an increased market share at existing accounts and “selectively expanding our distribution to reach the right customers.”

Among the newer accounts, On is “extremely happy” with its eight-store pilot with Dick’s Sporting Goods. Particularly encouraging was apparel and accessories representing nearly 20 percent of units sold in the Dick’s pilot. In footwear, Cloudultra, Cloudmonster and Cloudrunner “have been large volume drivers” during Dick’s pilot phase.

At Foot Locker, On has expanded its door count to 150 doors in the U.S. in connection with the fall/winter ’22 season launch, “which came together with very strong numbers in Q3, and excellent sell-through during the back-to-school season,” said Hoffmann.

Hoffmann added, “We continue to follow our strategy of seeking presence in the highest quality doors, tightly managing stock levels and, whenever possible, showcasing the trends in designated On shop-in-shop areas.” At Nordstrom, 12 dedicated On shops opened in September.

Overall, On’s wholesale door count in our own markets, which excludes distributor markets, stands at 9,050 doors as of the end of the third quarter versus 8,000 at the beginning of the year.

DTC sales increased 40.7 percent to CHF 106.6 million. Growth would have been stronger if not for the U.S. warehouse disruption. Said Hoffmann, “Our D2C growth is well balanced and driven by the strong demand from both our existing customer groups as well as a large number of first-time purchasers that are frequently only just discovering the brand.”

In September, On began piloting a fully-redesigned website designed to deliver a richer, more immersive shopping experience. Allemann said, “The pilot and AP testing in the U.K. has delivered great results and we cannot wait to roll it out globally in the coming months for all of our fans to enjoy.”

By region, sales in North America climbed 57.1 percent to CHF 176.3 million, driven by strong demand for its full product line across all retail partners and direct channels.

Europe’s sales expanded 31.8 percent to CHF 116.5 million. The gains came despite considerable FX headwinds as demand in most key markets “continues to be strong.” Expansion at JD and a successful launch with Footlocker in Europe boosted growth.

Asia-Pacific sales vaulted 85.2 percent to CHF 24.2 million, driven by 90 percent hike in China following the prolonged lockdowns in Q2 as well as the continued momentum in Japan and Australia. For the 11.11 Global Shopping Festival, On was selected as the only new sportswear brand to be featured online and offline with Tmall in the buildup to the event. Said Hoffmann, “Our co-branded design featuring the Cloudmonster was highly visible in major subway and bus stations across all major cities as well as digitally for the three weeks leading up to 11.11. This, together with our strong brand momentum led to an increase of over 135% in terms of items sold versus the prior year 11.11 period.”

On is planning to open seven stores in the second half in China.

Rest of World sales climbed 150.0 percent to CHF 11.0 million, driven by new distributor partners across Latin America as well as strong demand in the Middle East.

By product category, sales of footwear jumped 51.6 percent to CHF 310.9 million. The footwear gains were supported by the August launch of the CloudGo. Together with Cloudmonster and the Cloudrunner, the CloudGo is helping drive “significant market share gains” for the brand, according to Hoffmann.

On expanded its undyed products to the Cloud 5 range and also the Cloudnova to support its sustainable positioning. Roger Federerer’s Roger Line was expanded to a new mid-top version.

Apparel sales vaulted 32.4 percent to CHF 15.2 million. Apparel was again slightly below expectations, but investments continue to be made in internal capabilities and product assortment. Accessories sales advanced 25.2 percent to CHF 1.9 million.

Gross profit increased 42.7 percent to CHF 187.4 million, but margins declined 310 basis points to 57.1 percent. The margin erosion reflects additional airfreight to fulfill more of the high demand for some of On’s new products. Overall, Hoffmann said the company reduced its reliance on airfreight during the quarter to a more normalized position, helping drive continued sequential improvement on gross margin versus Q1 and Q2. Besides the planned impact of airfreight, margin pressures from lower D2C share as a result of the warehouse constraints and negative year-over-year FX headwinds impacted margin.

Looking ahead, the updated outlook reflects the successful first nine months of 2022, including three consecutive net sales records in the respective quarters, the company’s order book for the remainder of 2022 and into 2023 and a strong inventory position heading into the fourth quarter following transitory supply shortages as a result of factory closures in 2022.

Hoffman said, “While On expects continued margin pressure from the combination of a strong USD and weak EUR compared to its reporting currency CHF, the current demand puts On in a strong position to further increase absolute and relative profitability.”