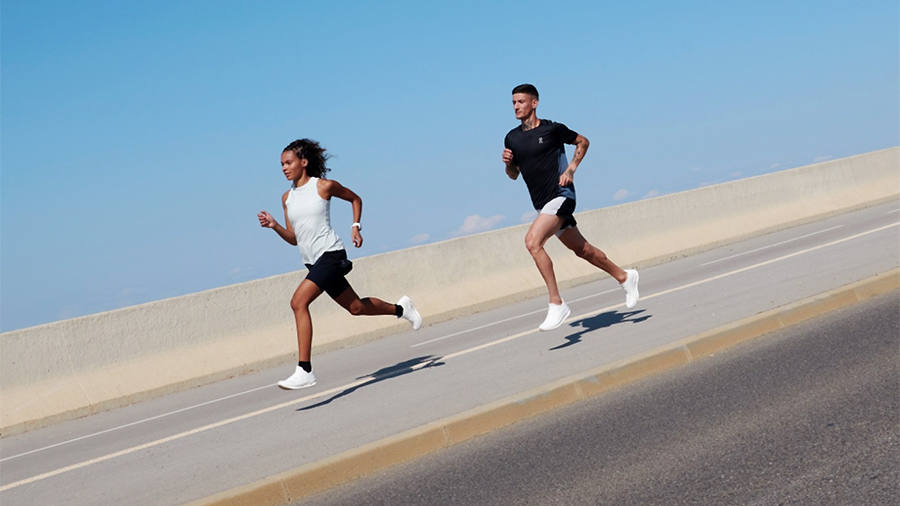 On was able to circumvent supply chain snarls to report first-quarter results well ahead of Wall Street targets. The Swiss running brand hiked its sales guidance for the year, forecasting at least 44 percent growth.

“We have exceeded even our own high expectations,” said Executive Co-Chairman and Co-Founder Caspar Coppetti on a call with analysts. “As anticipated, Q1 was still constrained by the supply shortages affecting our industry, but our teams along the supply chain have done a phenomenal job navigating the challenges, helping us reach yet another record quarter.”

“Even with these great numbers, our supply shortage had still limited our ability to fulfill demand,” added CFO and Co-CEO Martin Hoffmann on the call. “For some products, the gap between demand and supply widened during the quarter due to the strong feedback from our fans. At the same time, we could provide more of our new products to our customers than anticipated. Q1 2022 has been the strongest quarter in the history of On. In March, we generated our highest monthly net sales. And for the first time, we shipped more than one million pairs of shoes in a single month.”

In part, the wholesale gain reflects the shift in the launch of its Spring/Summer footwear collection from Q4 into Q1 due to supply chain challenges, with On seeing slightly lower wholesale growth in Q421. Combining Q4 and Q1, the wholesale channel grew by 54.5 percent versus the same timeframe of the previous year.

On’s DTC share in Q1 remained high at 35.4 percent despite the impact of continued lockdowns in Q121, especially in Germany, Austria and Switzerland. In North America and China, DTC continued to outpace wholesale.

On Running’s first Tokyo flagship store, at 3400 square feet, has seen “a very high level of interest” since its opening on April 8, said Hoffmann.

“Sales on the first open Saturday reached a level of a very good weekend day in our New York City store despite the usual logistical challenges on opening days in the new store,” said Hoffmann. “In addition, On Tokyo in April reached an apparel share of around 20 percent, much like what we have seen in our China stores, which is significantly above our overall corporate apparel share and bodes well for the opportunity we have in apparel in the rest of the world with the product assortment and merchandising.”

Hoffmann said that China and Japan grew “very strongly,” while the latest COVID lockdowns led to stock losses in China, and more headwind is expected in China in the second quarter. In the Rest of the World region, sales grew 219.2 percent. In FW22, On plans to expand its presence in Latin America to include Chile, Argentina, Colombia, Peru, Uruguay, and Bolivia. Direct sales will continue in Brazil, while distributors will serve other regions.

Footwear’s growth increased by successful launches, including On’s Cloud, Cloudmonster, Cloudrunner, and Cloudvista. The company also continued to see strong sales in its running blockbusters, including the Cloudflow, Cloudflyer and Cloudstratos, and its all-day performance franchises, including Cloudnova.

The quarter’s slower growth in apparel versus footwear reflected fewer new product launches and more marketing focused on its core footwear product. Hoffman said net sales in clothing continue to grow strong in key accounts across all regions. He added, “With more new products in Q2, we would expect the continued strong growth rate in apparel as we attach better to our loyal customer base.”

Accessories gains reflect increases of more than 120,000 in socks and more than 20,000 caps sold year-over-year.

Gross Margins Impacted By Higher Air Freight
Gross margins eroded 580 basis points to 51.8 percent, according to expectations. On had warned that it planned to invest in air freight to ensure key product availability in the first quarter and offset the factory closures in Vietnam last year. Without the additional airfreight exposure and other inflationary pressures, gross margins would have been close to its long-term guidance of 60 percent.

Said Hoffman, ‘We continued to invest in all parts of the business while still delivering profitability despite significant air freight costs.”

Excluding share-based compensation, SG&A expenses as a percentage of net sales were 49.1 percent in Q1 2022 compared to 47.2 percent in the previous-year period. On said it hired 185 more employees to support growth and invested in brand building and sports marketing, including becoming the official sports and footwear partner at the Penn Relays, the world’s largest and longest-running track meet.

On an adjusted basis, EBITDA decreased 21.1 percent to CHF 15.7 million from CHF 19.9 million. EBITDA was well ahead of Wall Street’s consensus estimate, calling for a loss of CHF 1.5 million. Adjusted EBITDA margin decreased to 6.7 percent from 14.2 percent.

Raised Guidance
Due to its strong first quarter, On now expects:

“The strong Q1 results are a good start to more than achieve our growth aspirations for 2022,” said Hoffman., “The success of new product launches, the feedback we are receiving from the retail channels, the strength of our supply chain, and last, but certainly not least, the passion of our team put us in a strong position today. Despite the global economy, macro uncertainties and the situation in China, we are confident in our ability to execute and are once again increasing our outlook for 2022.”