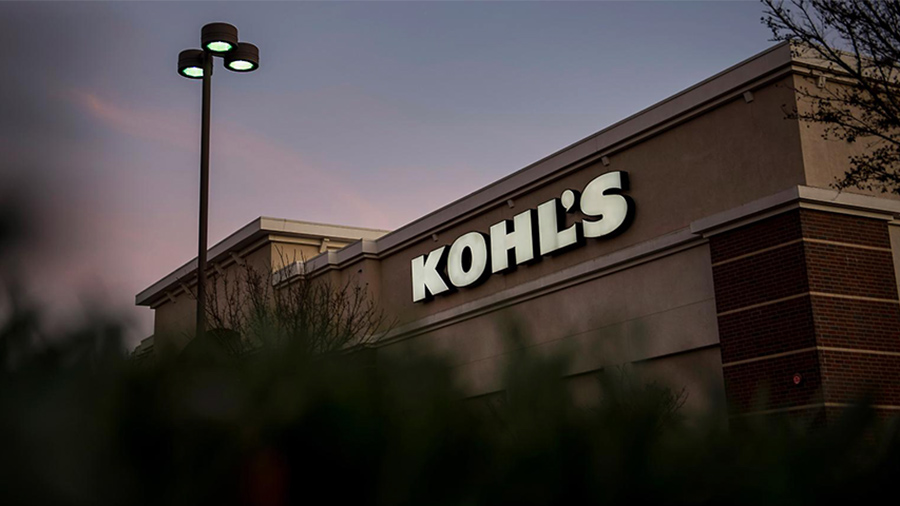 Kohl’s Corp. reduced its annual earnings and sales forecast, as the department store chain joins a string of retailers stung with soaring inflation.

“Our first-quarter results were below our expectations,” said Michelle Gass, Kohl’s chief executive officer, on a call with analysts. “While the quarter started off strong with positive low single-digit comp growth through late March, in April, demand considerably weakened as we lapped last year’s stimulus and as consumers started to experience inflationary pressures. Importantly, we have seen trends notably improved in May as we moved past key stimulus weeks from last year and as the weather turned favorable which has accelerated demand for our spring seasonal classifications.”

Gass said that high inflation is making shoppers’ rethink their purchases, noting that Kohl’s is keeping its customers, but the average total purchase price is dropping.

“They’re coming into the store, and they’re being a bit more mindful of the brands they’re buying and what’s all going in their basket,” she said.

The 5 percent comp decline was driven by our home and children’s businesses, both being down double digits percent to last year. Among the positives, the 200 stores including a Sephora in-store shop delivered positive low single-digit comp store sales growth and recent brand introductions have shown success.

Elaborating on category performance, Gass said the home category benefited during the pandemic and the category faced a more than 30 percent comp gain in the year-ago quarter. Home sales declined 17 percent in the quarter and accounted for 15 percent of sales. Gass said, “While we expect category demand to remain weak, we are adjusting to the new normal and continuing to pursue incremental areas such as outdoor furniture, expanded decor, kids’ bedroom furnishings and the pet category. We will also leverage our pricing elasticity model, ensuring we stay competitive in value while taking price where it’s appropriate.”

In apparel and footwear, the spring seasonal business was pressured in Q1 due to unseasonably cooler weather, especially in our northern markets. Kohl’s saw an 800-basis-point difference in sales performance between our northern and southern markets in Q1.

Children’s, which is heavily influenced by weather, saw a 12 percent decrease in sales with spring seasonal sales accounting for more than half the decline. The remainder of the decline was due primarily to those categories that benefited from the pandemic, including active, sleep, and toys.

Looking ahead, children’s is expected to improve through the remainder of the year with children’s Spring seasonal performance improving significantly so far in May. Kohl’s is also rebalancing assortments to include more fashion and launching new in-store licensed entertainment product zones in 400 stores this month to capitalize on the strong pipeline of upcoming entertainment releases.

On the positive side, the first 200 stores to feature a Sephora in-store shop comped positively overall in Q1, up low single digits, driven by both Sephora sales as well as incremental basket growth with categories such as women’s, accessories, and active. From a product perspective, strength was seen across all categories, including skincare, makeup and fragrance.

“We continue to attract new, younger, more diverse customers to Kohl’s as well as these Sephora customers shopping across the broader Kohl’s store, and they are shopping more frequently with Sephora customers shopping nearly twice as often as our average customer,” said Gass. “We’ve said all along that the true incremental benefit from Sephora will occur over multiple periods as awareness and replenishment traffic builds. The Sephora performance during the first quarter indicates that this in fact is taking hold, and it gives us great confidence as we roll out another 400 Sephora at Kohl’s shops by early August.”

As Kohl’s has been installing Sephora shops, it’s also reflowed the stores to deliver against its strategy of leading in the active and casual lifestyle categories.

“We brought our iconic active brands to the front of the store with new and elevated merchandising,” said Gass. “We’re leveraging the placement of the Sephora shop to showcase brands like Calvin Klein and a newly updated premium sunglass presentation with Luxottica. We’re also deliberately placing areas of discovery throughout the store to bring excitement to our customers, and we’ll continue to be agile and involved as we learn. Importantly, these new transformed stores are working. They are positively comping. And as we hit critical mass later this summer, the 600 doors will have a material impact in enabling us to deliver a positive comp in the back half of the year.”

Among other categories, Kohl’s men’s business had a strong quarter, climbing 3 percent and driven in part by the successful introduction of several new brands over the past six months, including Tommy Hilfiger, Calvin Klein, and Hurley. Significant growth was also seen in its tailored and dress business. Additionally, outdoor apparel continue to drive outsized sales growth. Added Gass, “This gives us confidence as we expand our partnership with brands like Eddie Bauer and Under Armour Outdoor, which we’re rolling out to more stores later this year.”

Women’s sales outpaced the company with growth in areas like outerwear, denim, inclusive sizing and dresses, including Draper James, which exceeded plan. Offsetting such gains was underperformance in spring seasonal categories like swim, tanks, shorts and tees, which were down double digits, but have shown a strong positive trend in May with warmer weather.

Juniors was especially impacted due to the seasonal nature of this category and to a lesser extent, the temporary disruption related to store refreshes where juniors was repositioned within the store.

Active performed in line with the company. Growth was seen in men’s and women’s apparel, offset by softness in active footwear and children’s apparel. Said Gass, “Of note, active was up against extremely strong growth from last year when sales increased more than 90 percent.”

In the Q&A session of the call, Gass said despite the softness, Kohl’s still sees the active category as “as relevant today as we have the last several years,” chalking up the decline to tough comparisons. She said relative to 2019, the active business in total is up double digits.

“The customer has made, I’ll call it, a permanent shift in how they’re living, dressing, and kind of going back to what I was saying earlier. It’s active. It’s athleisure. It’s outdoor,” said Gass. “We’re working really closely with our brand partners. As you know, we have great businesses with Nike, with Adidas, with Under Armour, Champion to make sure that we have that right balance and bringing new innovation and technology. And in some cases, like I said, that athleisure streetwear. So I feel great about that.”

She did note that the quarter “little pressure” in the active category due to challenges securing inventory in athletic footwear.

Gass said that from a profitability perspective, the overall lower earnings relative to last year is primarily driven by a significant step-up in investments in strategic growth initiatives of Sephora store openings and store refreshes, lower sales, increased freight expense and heightened wage costs. In addition, expenses were incurred related to the recently contested proxy situation and ongoing sale process.

Regarding its review of strategic alternatives, we continue to engage with multiple interested parties. We have formally communicated the specific procedures for submitting actionable bids due in the coming weeks. We continue with our detailed diligence phase and are pleased with the number of parties who recognize the value of our business and plan,” said Gass.

The company is updating its full-year 2022 financial outlook to include the following: