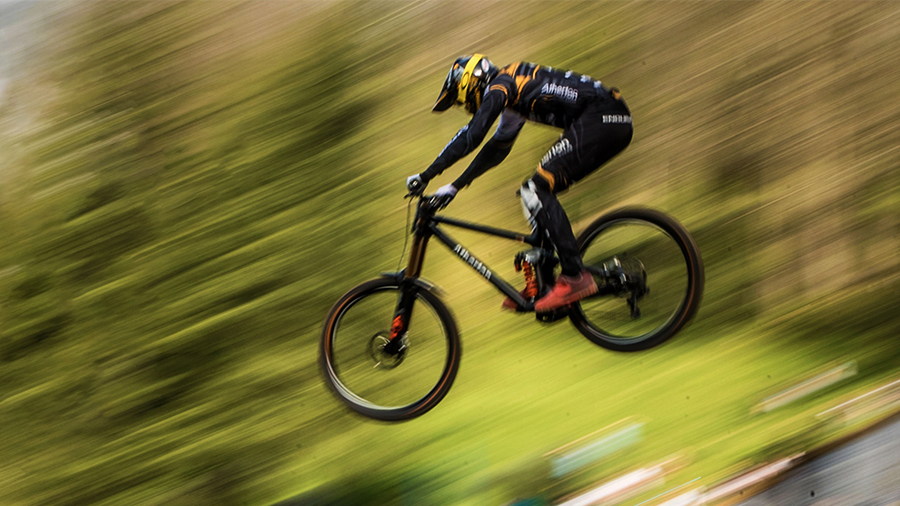 The gains in the second quarter were primarily due to increased demand in OEM channels.

Fox Factory’s CEO Mike Dennison told analysts, “We continue to optimize our capacity, our productivity and workforce in Taiwan as well as combat the increased prevalence of COVID on the island and within our factories.”

Regarding channel inventory, Dennison said high-end non-bike levels are still below the preferred levels as the rising popularity of e-bikes continues to fuel demand while supply chains improve.

Added Dennison, “We are, however, seeing signs of a return to normal, and, consequently, we expect SSG to return to more typical growth rates beginning in Q3 and return of seasonality in Q4.”

Companywide, sales increased 23.9 percent to $406.7 million, topping Wall Street’s consensus estimate of $399.07 million. Fox Factory’s guidance called for sales in the range of $385 million to $405 million.
In its other segment, Powered Vehicles Group, sales grew 20.9 percent to $229 million, its second consecutive quarter with over $200 million in revenue. The gains were led by strong performance in its operating product lines and increased efficiency and output in its Gainesville, GA facility, which opened in 2021.

Adjusted results exclude the amortization of purchased intangibles, transformation costs related to the expansion of the Powered Vehicles Group’s manufacturing operations and other non-recurring items.

Inventory was $349.1 million as of July 1, 2022, compared to $279.8 million as of December 31, 2021. The increase is primarily due to additional raw material purchases to mitigate risks associated with supply chain uncertainty and higher input costs.

Dennison said, “From a general economic standpoint, we continue to deal with inflation, labor and supply chain disruptions, and we believe this difficult environment will likely persist well into 2023. What exacerbates our supply chain issues and lead times, in general, are the highly-engineered and precision machine components we require that utilize higher-grade aluminum steel. Consequently, we will continue to leverage dynamic pricing to combat inflationary pressures.

“Demand remains healthy across most of our diversified portfolio, and we believe that will remain for the balance of the year. We will continue to strengthen our core competencies and be relentless in extending our competitive differentiation.”