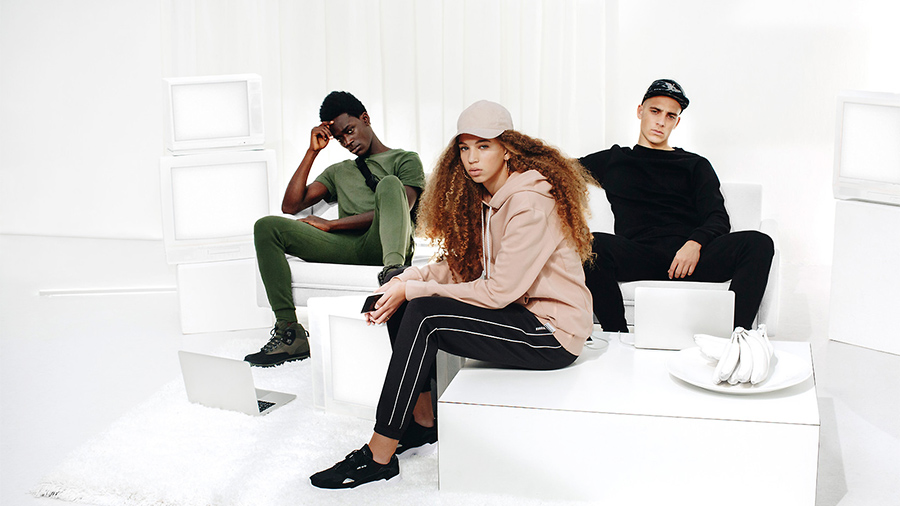 Foot Locker, Inc. reported a better-than-expected second quarter as steps to diversify its merchandise and vendor mix are off to a strong start. While overall comps were down 1.9 percent in the period due to tough year-ago comparisons, comps of non-Nike products increased in the high teens.

When it reported fourth-quarter earnings on February 25, Foot Locker warned that same-store sales in the current year would fall between 8 percent to 10 percent due largely to reduced Nike allocations. The reduction is part of Nike’s consolidation of its wholesale distribution that has included the outright exit of some retail partners as the brand has accelerated its direct-to-consumer (DTC) push.

Nike’s portion of Foot Locker’s sales is expected to decline to about 55 percent by the fourth quarter of 2022, down from approximately 65 percent in the 2021 fourth quarter and 75 percent overall for 2020. Foot Locker will also receive less “high heat” or marque products, such as retro Jordans.

Foot Locker this year is expected to be most impacted by reduced Nike allocation in the fourth quarter but moves to emphasize other footwear brands were already seen paying off in the first quarter.

On a call with analysts, Foot Locker CEO Dick Johnson said that while overall comps were down 1.9 percent, the majority of the company’s Top 20 vendors posted sales gains in the quarter. He said strength came from some of its biggest brands, citing Adidas and Puma, while New Balance, Crocs, and Converse were up over 50 percent.

Johnson also confirmed that Nike remains a key partner, congratulating the brand on the celebration of its 50th anniversary. He said, “Nike has been a driving force in shaping the industry that we know and love today. And we look forward to the next 50 years working with them to continue to excite consumers elevate the marketplace and fuel sneaker culture.”

Outside emphasizing other footwear brands, the diversification push also includes pushes in apparel and accessories, where the categories again well-outpaced footwear sales. New private labels, LCKR and COZI, “are continuing to gain traction in the early days,” and co-created brands, All City by Just Don and Melody Ehsani’s range, are performing well with new drops in March and April.

In providing more choice, Johnson noted that an analysis of baskets across Foot Locker’s businesses shows nearly 40 percent of transactions that have more than one item contain multiple brands, indicating that consumers are mixing and matching their selections, whether it’s purchasing multiple footwear brands or in completing their head-to-toe looks. Frequent shoppers—those buying more than four times over a two-year period—were found to purchase approximately three different footwear brands on average.

“We know that our customers want multiple options and as a house of brands, we’re in a strong position to serve those needs in the marketplace,” said Johnson. “But when we look at our brand mix historically we have not been offering them enough choice such that we have below our average market share in nearly all of our brands. According to the data from the NPD Group, our overall share of the U.S. active footwear wholesale market is approximately 16 percent. But outside of our top vendor, our share is only 5 percent, suggesting a significant opportunity to capture the share of other brands.”

As far as brand positioning, Johnson noted that the Foot Locker brand has over 12 million Instagram followers in the U.S., which is over five times its top-four competing third-party retail banners combined, with the next closest having only 1 million followers. A recent third-party study also found Foot Locker indexing 20 percent above its peer set on metrics such as awareness, consideration, and purchase intent.

Johnson said this positioning makes Foot Locker an attractive partner for brands and creates opportunities for Foot Locker to form deeper relationships with them.

As an example, Johnson noted that Foot Locker and Adidas recently formed an enhanced partnership that will establish Foot Locker as the lead partner for Adidas in the basketball category, prioritizes growth in Adidas franchises across women’s, kids and apparel and heightens collaboration around “more energy and hype launches.”

The Adidas collaboration will target over $2 billion in annual retail sales by 2025, nearly tripling levels from 2021. Said Johnson, “We are incredibly excited about what we can accomplish together under this closer relationship designed to better serve the sport and sneaker community, give Adidas greater access to our customers, and expand our customer base even further.”

Among other brands, Puma and New Balance “continued to drive outpaced growth and are becoming a significantly bigger part of our current and future business,” according to Johnson. Key product allocations are accelerating New Balance’s growth while exclusive partnerships, such as LaMelo Ball’s shoe, are boosting Puma’s sales.

Foot Locker also sees an opportunity to be a bigger player in performance running. Said Johnson,” We’re working with some of the fastest-growing brands in that category to help them connect with the younger customer while also helping us extend our customer reach.”

Hoka will start selling on Footlocker.com and at select Foot Locker doors in the U.S. this summer while On, the Swiss running brand, has recently nearly doubled its store count at Foot Locker.

Beyond the diversification efforts, Foot Locker also announced an acceleration of efforts to pivot to off-mall retailing, expand key growth banners and enhance its omni-channel offerings that also all saw progress in the first quarter.

Frank Bracken, EVP and COO, on the call said the company in the first quarter opened or converted nine Community and Power stores, bringing the total to over 70 and in line with a goal of 300 globally in the next three years. The larger stores are delivering sales over 10 percent above their plan over the past 12 months and outpacing the regional comps in the chain. The recently-opened Champs Homefield larger-store format outside of Miami is performing well with strong community engagement.

WSS, acquired last fall, continues to outpace the rest of Foot Locker’s fleet. The large-format, off-mall value banner, focused on Hispanic communities, continues to have the potential to more than double its current store base of roughly 100 stores, including more stores and existing markets in the west and southwest, as well as entering new markets in Florida and Puerto Rico, said Bracken.

Atmos, based in Japan and also acquired last year, had a “very good start” to 2022 with strong comp sales and the elevation of its store experience in the home market. Said Bracken, “Atmos continues to perform ahead of our investment forecasts and we will continue to review opportunities to unlock even greater value globally.”

Bracken said the FLX membership program now captures over 70 percent of sales through members in the U.S., up from 50 percent two years ago, allowing the company to better track and connect with customers. FLX members also continue to spend over 10 percent more than non-members.

Exploring omnichannel offerings, drop-ship investments continue to add sales while allowing Foot Locker to test new products and categories. As part of its enhanced relationship with the Goat sneaker resale platform, Foot Locker will begin to test offers and promotions to FLX members on select products from the Goat platform. Said Bracken, “The initiative will enable Foot Locker to reward its high-value customers, providing more access to products that our members love.”

In the first quarter, earnings and sales were down year-over-year, as expected, as Johnson said the company faced “tough comparisons” in the year-ago period that benefited from fiscal stimulus payments and historically low promotions. Earnings surpassed Wall Street’s targets.

The 1.9 percent comp decline reflects declines in the U.S. due to the sizable stimulus from last year, partially offset by strong comp gains in other regions, particularly Europe, which was up against a significant amount of store closures from a year ago. Apparel comps significantly outpaced footwear.

As of April 30, inventories were 37 percent higher than at the end of the first quarter last year. Andrew Page, EVP and CFO, said, “The supply chain picture remains volatile. We’ve benefited from the improved receipt flow during the quarter, which positions us well to fulfill demand going forward.”

Looking ahead, Foot Locker said it expects earnings and sales for 2022 to land at the upper end of the range set at the start of the year due to the solid first-quarter results from the first quarter, strong inventory position and strengthening vendor relationships.

The updated outlook calls for: