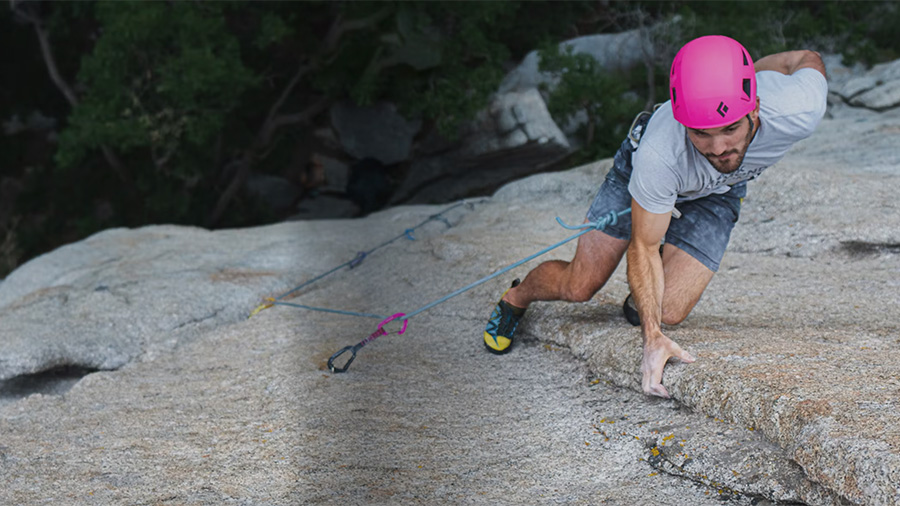 Clarus Corp. reported profits and sales topped Wall Street’s targets in the second quarter despite supply chain disruption across segments. Full-year guidance was raised for its Precision Sports, or ammunition segment maintained for its Outdoor segment, led by Black Diamond Equipment, and lowered for its new Adventure segment.

On a conference call with analysts, Clarus’ president, John Walbrecht, noted that Clarus experienced demand and growth across all three segments: Outdoor, Precision Sports and Adventure. Future bookings for both fall ’22 and spring ’23 also continued to show strong demand across all categories and all segments.

Further, price increases implemented in both the 2021 and 2022 years “are sticking,” allowing the company to achieve improved margins in the quarter despite foreign exchange rate fluctuations, increased logistics costs and higher amounts of air freight utilized due to the supply chain challenges. He added, “We are confident in the gross margin enhancing strategies being activated and that such value leakages currently face or transitory in nature. As such, we expect to see improved results in future quarters.”

Sales were up 16 percent on a pro-forma basis. Pro-forma results are adjusted for the acquisition of Australia-based Rhino Rack on July 1, 2021 and Australia-based MaxTrax Australia on December 1, 2021 which now make up its Adventure segment.

Organic sales were up 22 percent in the second quarter, acquisitions contributed 37 percent and foreign exchange was a 2 percent headwind.

Adjusted EBITDA in the quarter jumped 51 percent to a record $17.6 million, exceeding analysts’ consensus target of $16.9 million. Adjusted EBITDA margin shrunk to 15.3 percent from 15.9 percent in the same year‐ago quarter.

Gross margins in the quarter were 38.0 percent compared to 38.2 percent in the year‐ago quarter. Improvements in channel and product mix were offset by unfavorable freight costs and foreign exchange movements in the Outdoor and Adventure segments. Foreign currency had a negative impact on the gross margin of 80 basis points.

SG&A expenses jumped to $35.4 million compared to $20.7 million in the same year‐ago quarter due primarily to the inclusion of Rhino-Rack and MaxTrax, which contributed $9.8 million in expenses.

Non-cash stock-based compensation for performance awards was $3.6 million, a $1.7 million increase compared to the second quarter of 2021. The remainder of the SG&A expenses increase was driven by investments in the Outdoor segment’s DTC initiatives and higher corporate costs. As a percent of sales, operating expenses were 30.8 percent of sales against 29.1 percent a year ago.

Outdoor Segment Sales Climb 17 percent
Sales in the Outdoor segment increased 17 percent to $52.6 million compared to the same year-ago quarter due to demand, slightly offset by supply chain and logistics challenges that impacted the company’s ability to deliver products on time and in full.  Growth was better than 20 percent when adjusted for FX headwinds.

“The demand in the Outdoor segment remains strong,” said Walbrecht. “Black Diamond proved again its industry-leading momentum, creating more than 2.2 billion impressions and driving growth across all categories, most importantly in apparel, headlamps, trekking poles and core climbing equipment. These categories are entry pathways to the Black Diamond brand, given their approachability to the everyday consumer as well as their large total addressable markets. Throughout the pandemic and through spring 2022, we have been prioritizing product innovations and fulfillment in these key categories and the consumer response has been strong.”

During the second quarter, Black Diamond continued to face supply chain and logistics challenges and other delays caused by COVID-19-related shutdowns in Southeast Asia, resulting in roughly $10 million in demand that had already been produced but was stuck in transit. Roughly half of this demand was in key product categories that are expected to convert into in-line and full-price revenue in future quarters.

Walbrecht added, “With strong consumer activity in climbing, backcountry skiing, trail running and hiking, our global order book for Black Diamond has sustained its momentum. We continue to purchase inventory in line with our demand plans. However, we are handicapping the order book in our 2022 sales guidance because of the supply chain and logistics challenges we continue to face.”

“Demand remained high in the quarter, especially for centerfire bullets,” said Walbrecht. “We are proud to have built the enviable position of being able to deliver a premium, unique product demanded by the special forces, law enforcement, reloaders, competitive shooters, and hunters. If and when the market slows down, we have a deep pipeline of new product innovations ready to launch to our superfans and OEM partners.”

As demand continued to exceed supply for both Sierra and Barnes, Clarus continues to increase capacity in both bullets and loading of ammo, driving towards an end-of-year bullet production run rate target of 350 million bullets at Sierra and 120 million at Barnes as well as an ammo-loading capacity of 50 million rounds. Walbrecht inferred Sierra and Barnes isn’t anticipating a slowdown in the second half as much as the overall ammunition market.

“We believe it is inaccurate to lump our Precision Sports brands into the broader ammunition market, given our unique product and brand positioning, our leading specialty market share, our premium prices, an enthusiast in consumers, and growing demands by our various channels worldwide,” said Walbrecht. “Again, is our demand across very diverse geographies and channels that allows us to shift quickly when one channel slows or in supply chain limit other opportunities.”

For the rest of 2022 and into 2023, Clarus sees strong demand continuing for Sierra and Barnes. He added, “Over the past two months, our leadership has had the chance to meet our top 30 Precision Sports accounts and these interactions only confirm our continued long-term demand expectations for both bullets and even more ammo. Looking forward, we will continue to innovate new products, increase our capacity, source the best components and strengthen our on-time deliveries and fulfillment goals to ensure our ease of doing business with nature with our key partners.”

Adventure Segment Sales Impacted By Supply Constraints
Sales in the Adventure segment were $27.1 million in the second quarter of 2022 and reflected strong demand in North America, somewhat offset by lower-than-expected new vehicle availability, which constrained new product sales, especially in the home market of Australia. The segment includes Rhino Rack and MaxTrax.

Walbrecht said the Overlanding market was challenged in the quarter due to high gas prices and supply chain issues that impacted the delivery of new vehicles. New vehicles enhance the ability of both Rhino Rack and MaxTrax to drive new product introductions.

On the positive side, Q2 marked the second quarter of Rhino-Rack’s introduction into North America and reception remained strong, as pro forma sales were up 31 percent in North America. MaxTrax also had strong growth in North America “as we race to increase inventory allocations to meet the demand for our recovery boards.” Clarus is planning to take over the North American distributor role for MaxTrax on January 1 to accelerate growth.

The North American momentum was particularly encouraging as growth potential in North America was the reason Clarus acquired both brands. Walbrecht said, “We believe the North American market is roughly ten times the size for our two brands, home markets of Australia and New Zealand but is also approximately ten years behind the curve.”

In the brand’s home territories of Australia and New Zealand, Q2 represents the seasonally slow period because it’s their winter. Walbrecht said about the Adventure segment, “Looking to the back half of 2022, we are focused on expanding distribution, building consumer awareness and launching our 2023 products to the global market at the SEMA show this November.”

2022 Outlook
Clarus still expects 2022 sales to grow approximately 25 percent to $470.0 million compared to 2021, despite the worsening effect of the strong U.S. dollar, which the company estimates will be a $7 million sales headwind in the second half.