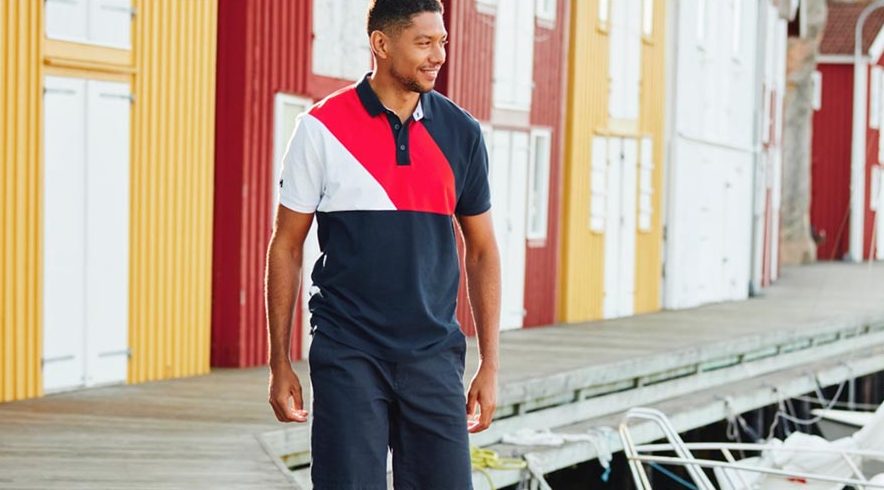 The 4.1 percent comp gain came on top of a 28.6 percent hike in the 2021 second quarter as stores comped against year-ago pandemic-related closures.

“Getting national brands on shelves in the quarter was challenging, giving supply chain issues, but the hard work the team put in meant we got our fair share relative to others in the market,” said Gregory Craig, EVP and CFO, of the SportChek segment on a conference call with analysts. “And we were in stock in key categories, which helped across the SportChek banners. The continued resumption of organized team sports, particularly baseball and soccer, drove growth.”

Licensed clothing sales were also up with the return of spectator sports, including the NHL playoffs, the Blue Jays return to Toronto, and increased attendance at Toronto Raptors games, contributing to higher customer demand, said Craig. Hockey also continued to enjoy a tailwind into the second quarter.

The introduction of the athleisure brand FWD (Forward With Design) in the first quarter was another contributor to strong sales growth.

“We had a higher mix of in-store sales with the stores fully open,” added Craig. “And again, this quarter, margin benefited from the improvements we were making around inventory and promo management. Selling a better mix of regular priced product is driving better productivity and profitability and allowed us to more than offset higher freight costs.”

Overall sales for the SportChek segment increased 0.6 percent in the second quarter and reached Canadian C$476.1 million. Comparable-store sales exclude the impact of the National Sports banner, which was closed last year.

At Helly Hansen, which Canadian Tire acquired in 2018, external revenue in the quarter grew 38.9 percent to C$139.6 million from C$100.6 million a year ago. Sales surged 50 percent on a currency-neutral basis.

Craig said growth for Helly Hansen was broad-based across sport, workwear and Musto, the British sailing brand acquired by Helly Hansen in 2017.

“All regions delivered double-digit sales growth, and the growth was particularly strong in North America, which represents almost a quarter of Helly Hansen revenue,” said Craig. “Both Canada and the U.S. were up significantly as we introduce new products at our banners and continue to strengthen our distribution capabilities.”

Canadian Tire’s overall results were impacted by a one-time expense of CC$36.5 million related to the exit of Helly Hansen operations in Russia.

Asked by an analyst if the decision to exit Russia was made for business reasons, Greg Hicks, Canadian Tire’s CEO, said, “It was a choice. We decided the right decision for our brand and our company was to exit the market tactically, operationally….There’s no real barriers for us to continue to operate in the country. But we made the strategic choice that we did.”

On an adjusted basis excluding the charges, income before taxes were down 22.0 percent to C$284.3 million.

The company’s financial services were also lower due mainly to the impact of the year-on-year change in incremental allowance on the credit card portfolio.

Hicks said higher merchandise inventories at the end of June partially reflected a later start to spring this year and he noted that summer inventories saw “good movement” as warmer weather finally arrived in July. The higher stocks also reflect more than C$260 million of goods in transit for fall and winter categories as the company’s buying team bought earlier to ensure minimal supply chain disruptions. Hicks said, “We feel good about our inventory levels and don’t see any meaningful margin risk or incremental markdown requirements to clear inventory.”