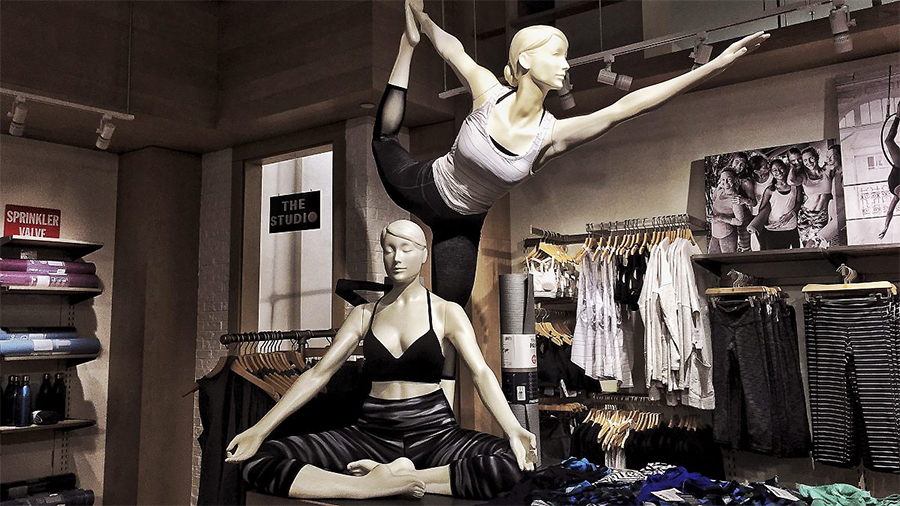 Athleta’s comps were flat year-over in the third quarter as the chain continues to feel the impact of a demand shift from athleisure to occasion and work-based categories. However, success with lifestyle offerings led to significant improvement versus recent quarters.

Gap, Athleta’s parent, also indicated it plans to continue its aggressive expansion of the women’s active apparel chain, adding 30 stores in 2023. Athleta ended the quarter ended October 29 with 340 locations, against 320 at the same time a year ago.

On a call with analysts, Bob Martin, executive chairman and interim CEO, Gap, said of Athleta, “While the women’s activewear market has continued to be soft against the growth trajectory in the past few years, Athleta is holding share.”

He said that despite moderate growth in the women’s active market, Athleta is showing strength in lifestyle categories like dresses and accessories, demonstrating a disproportionate growth in today’s current environment. Martin said, “Athleta has made quick pivots to print and pattern, as well as with their performance lifestyle product to better meet customers’ preferences. The new fall and holiday product resonates well with the customer and has led to sales growth in both bottoms and tops, the largest categories in the women’s apparel market and key to the brand’s long-term strategy.”

In the Q&A section of the call, Katrina O’Connell, EVP and CFO, said that Athleta’s performance is outperforming the marketplace, noting that NPD’s just-released update showed the women’s active market declining 7 percent.

“Athleta’s growth in the quarter does show that they are taking market share even as that active market is slowing a bit after a few years of significant growth,” said O’Connell.

She said the chain appears to be “starting to see a little bit of rebound in some of the performance product, as well,” but the improvement is largely due to success with newer lifestyle products. O’Connell said, “They’ve been able to balance performance and lifestyle as a lifestyle active brand.”