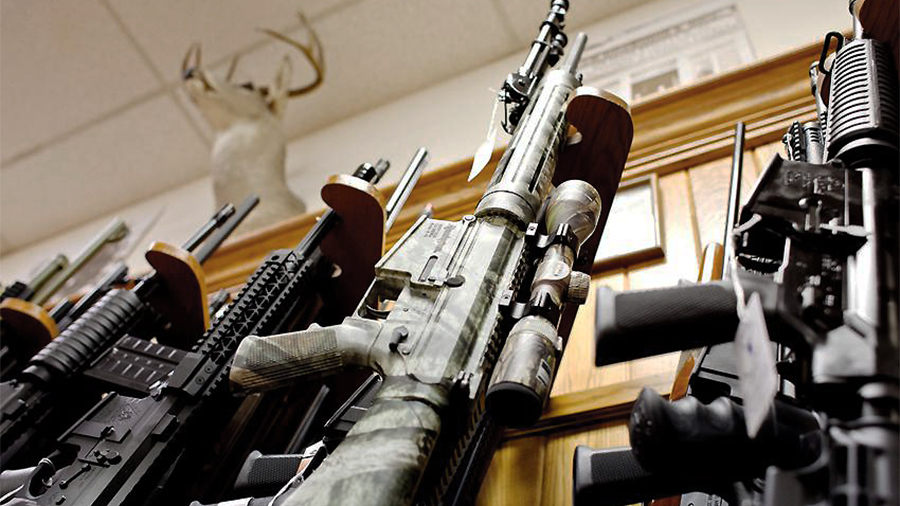 Ammo, Inc. dropped into the red in the second quarter that ended September 30 as sales fell 21 percent and gross margins eroded on higher commodity costs. The owner of the GunBroker.com marketplace and ammunition manufacturer also lowered its annual guidance due to softening market conditions.

The company’s updated guidance for the fiscal year ended March 2023 calls for:

“We find ourselves in a tough market at this time,” said Fred Wagenhals, chairman and CEO, Ammo, on a call with analysts. “We have negative political macroeconomics at home and abroad, political pressures, huge inflation drives, and a domestic and global recession.”

Wagenhals went further and said the supply chain “remains challenging,” with component costs appearing to be lower in some cases but remaining “volatile, and the inflation/recession double shot is hitting the shooting sports industry squarely in the chops. That is being felt on the manufacturing and marketplace side of our business.”

He added, ‘But even skimming the earnings report of our peers will show the same type of challenges being faced by all. I also don’t point this out as an excuse. The management team of Ammo families, with our Board assistance and guidance, remain focused on driving innovation and increasing value through more shelf space, sales and more GunBroker.com users.”

Revenues totaled $48.3 million in the fiscal second quarter, down 20.8 percent from the year-ago quarter. Ammo said the decrease was in line with the industry decline at Vista, Olin and its other peers of 23 percent on average quarter over quarter.

Rob Wiley, CFO, added that the performance of Ammo’s manufacturing operations had softened with the market. The move into its new facility brought production offline for a more extended period than initially anticipated, notwithstanding extensive planning undertaken months before the move. GunBroker.com also saw a softening in the marketplace revenue.

Gross margins in the quarter eroded to 26.6 percent from 43.0 percent.

Coupled with the reduction in sales, the company also faced one-time legal expenses related to its proxy contest. On November 7, Ammo reached a settlement agreement with Steven Urvan and Susan Lokey of The Urvan Group, which had nominated seven board members after Ammo announced its planned move to separate its manufacturing and online marketplace in November. As part of the settlement, Ammo agreed to appoint two of The Urvan Group’s candidates to its board.

To address the increases in commodity and other costs, Ammo implemented expense reductions that should drive approximately $5 million in savings on an annualized basis for payroll-related expenses. Cost-cutting measures are continuing.

At the same time, stabilization of commodity pricing is expected while Ammo’s new plant continues to increase production capacity from approximately 400 million rounds at the end of its most recent fiscal year to around 1 billion rounds and absorb manufacturing-related expenses to drive down the cost of goods and increase gross profit.

Regarding Ammo’s manufacturing business, John Flynn, VP, said the “entire Western world has depleted its ammunition and munition stocks to levels not seen in many decades as the U.S. and its allies supply and support the Ukraine effort to push Russia out of its country. As a result, the U.S. and its allies are understandably focusing on utilizing their impressive governmentally-owned ammunition manufacturing capabilities to resupply their respective ammunition and munition depots throughout the globe.”

For Ammo, this has led to an increase in international and export business opportunities that it had been unable to effectively capitalize on due to capacity constraints during the past couple of years.

Flynn said, “We expect market increases in export transactions over the coming months and years. The flip side of this international resupply need is that we were unable during the last quarter to import certain components or backfill certain ammunition rounds from the open market as those supplies were maintained within their respective countries where they were manufactured, or they were directed to Ukraine.”

On the marketplace side, the company implemented enhancements to GunBroker.com to drive revenue and gross profit while improving the users’ overall experience, including in-house automated clearinghouse (ACH)/credit card processing, loyalty programs, data analytics offerings, and carting ability on the site.

Flynn said, “The marketplace team has been refined with the word ‘team’ being the focus. They are hard-charging and goal-driven and working around the clock to enhance the customer experience, so from shopping, selling, closing a transaction or engaging with customer service where needed, the process is incrementally more efficient and easier for the end user.”

Flynn concluded that although Ammo had seen similar headwinds as its peers this past quarter, “management is confident in this team’s ability to improve the financial operations at every level as we reduce costs, increase capacity, bring new lines of high margin revenue to the income statement and the balance sheet. We have more money in the bank than ever, and management and our Board continue to engage in regular discussions within the industry and beyond looking for accretive transactional opportunities.”