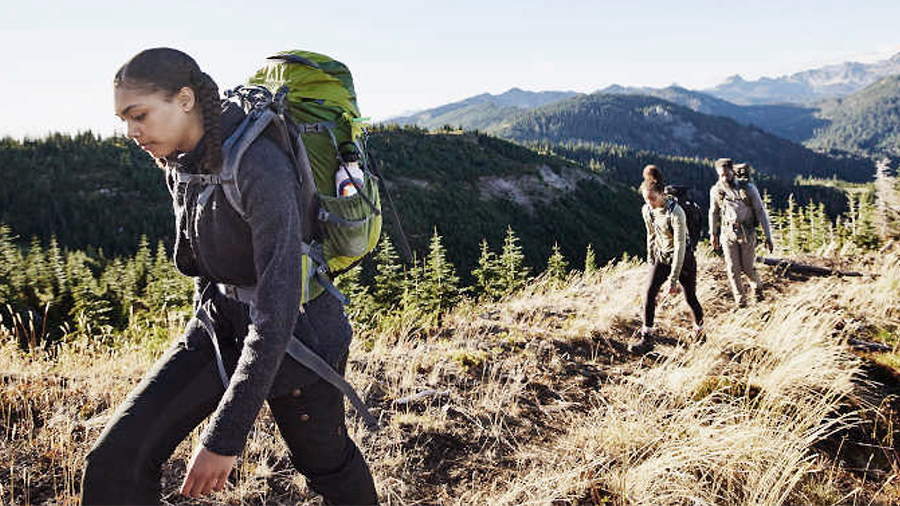 Shares of Academy rose nearly 9 percent due to strong results despite the chain lowering its full-year outlook due to macroeconomic concerns.

As with many retailers, first-quarter earnings and sales were down as the chain lapped stimulus payments in the year-ago period; however, it showed a strong improvement versus the pre-pandemic first quarter of 2019, which the company believes more closely aligns with a normalized sales trend.

On a call with analysts, Ken Hicks, chairman, president and CEO, said the better-than-expected performance reflects efforts to modernize the company it made over the last several years.

“The foundation of our business, built on the operational improvements made over the past few years, is solid as we transition out of the pandemic environment,” said Hicks. “Some broader market headwinds remain, including inflation and supply chain constraints, but we are a fundamentally different company than we were four years ago with the improvements across all elements of the company, including merchandise, marketing, store operations, supply chain, systems, and omnichannel with a strong team that has demonstrated its ability to execute in different market and challenging environments. We also see a consumer trend to have a healthier, happier and more fun lifestyle, supporting more of the sports and recreation merchandise we sell. We saw the benefits of these improvements and trends in the first quarter as we weathered the headwinds.”

The sales decline resulted from fewer transactions this quarter than last year when stimulus payments drove high demand. The decline was partially offset by an increase in average tickets driven by higher average unit prices.

Hicks said sales were in line with expectations, and the company continues to expect a similar growth rate to 2019 for the remainder of the year.

“All four geographic regions and each of our four major merchandise divisions—sports and recreation, apparel, outdoors, and footwear—saw a decrease in year-over-year sales,” said Hicks. “However, compared to the first quarter of 2019, each merchandise division grew by at least 20 percent, with outdoors increasing by more than 50 percent. We believe this division is a real differentiator for us long term as fewer retailers are focused on it, and we continue to expand our assortment through relationships with vendors such as Coleman, Yeti, The North Face, and others.”

Footwear Delivers Best Category Performance
Elaborating on the category performance, Steve Lawrence, EVP and chief merchandising officer, said the best year-over-year division performance was footwear, down 2 percent versus 2021 but up 20 percent versus 2019.

“Improved inventory levels and content from key partners such as Nike, Adidas, Brooks, Skechers, and Crocs drove this category,” said Lawrence. “Our improved inventory position helped drive in-stocks back to historical levels, which was a key factor in our performance.”

One footwear category Academy is still facing shortages in are cleats as the category was impacted by the factory shutdowns in Vietnam last fall. Said Lawrence, “The good news is that even with the much lower inventory, we’ve maintained a steady flow of receipts in cleats, and this category has continued to run positive to 2021 and 2019 despite running with lower average inventory than we would desire. We’re selling them as fast as they hit the stores, and we expect this to continue into the back half of the year.”

Outdoor Division Surges 52 Percent Against Q119
Sales were down 6 percent year-over-year in the Outdoor division but ahead 52 percent versus 2019. Like Footwear, Academy benefited from significantly improved stock levels in most outdoor categories with standout areas including camping, coolers and drinkware, and hunting. Said Lawrence, “We believe that our strong relationships with key partners such as Yeti, Igloo, Coleman, and The North Face were instrumental in driving these results.”

Inventory levels in firearms and ammunition are in the best position since the pandemic began, although some constraints continue in specific hunt categories, such as hunting rifles and certain calibers of ammunition. Said Lawrence, “Similar to cleats, we continue to see strong business in these constrained areas as goods continue to sell as fast as they hit the store.”

Lawrence said apparel was impacted by delayed deliveries that resulted in Academy being unable to fully execute spring sets until late April versus traditionally being fully set in early March. “The good news is that we ended the quarter with overall inventory well-positioned in summer product and started to see the business rebound as the assortments became more balanced,” said Lawrence. “We expect to see this momentum carry forward into Q2.”

Sports And Rec Sees Strength in Team Sports
Sports and Recreation sales were down 12 percent to last year but up 40 percent versus 2019. Team sports showed a strong increase in the quarter, driven by spring sports, soccer and baseball. Lawrence said team sports have benefited by elevating “the better and best levels” in baseball with expanded assortments from Marucci, Easton, Rawlings, and Wilson.

The recreation business was “more challenged.” Categories such as watersports and grilling were up against tough comparisons as product scarcity drove elevated buying in the year-ago first quarter. The biggest quarter for those categories tends to be the second quarter. The “pull-forward” effect did not recur in the latest quarter with inventories normalized in these categories this year. Said Lawrence, “We anticipate that the sales curve has moved back to a more normalized cadence in these businesses and that it will be closer to what we experienced in 2019 and prior, which would point to an opportunity for Q2 in these areas.”

Lawrence also noted that categories such as fitness, fishing and bikes saw an “outsized benefit” from the shutdowns associated with the pandemic and aren’t sustaining the level of demand seen in 2020 and 2021. Said Lawrence, “The good news is that even at the reduced volume levels, they’re still in aggregate up over 20 percent versus 2019.”

E-Commerce Expands 19 Percent
E-commerce sales grew 19 percent and made up 9.5 percent of merchandise sales in the quarter. Since the first quarter of 2019, e-commerce sales have increased 375 percent.

On the call, Michael Mullican, EVP and CFO, said, “We continue to transform our e-commerce site into a robust, seamless customer experience that is well integrated into our omnichannel platform. E-commerce growth should continue as we make further enhancements to academy.com. Additionally, both the number of markets we serve and our overall brand awareness continue to increase as we open new stores, ultimately driving more omnichannel business.”

Margins also benefited from a decrease in freight costs, but increased inventory and e-commerce shipping costs offset those positives.

Compared to the first quarter of 2019, gross margins were up more than 600 basis points. Mullican said, “We expect that it’ll continue to be structurally higher than historical levels due to the success of our initiatives.”

SG&A expenses were lower due to expense management and despite store opening costs. As a percent of sales, SG&A expenses grew to 21.5 percent from 20.5 percent due to the sales deleverage. For the full year, SG&A dollars are still projected to be less than in fiscal 2021.

Pre-tax income fell 13.2 percent to $195.3 million from $224.9 million a year ago, marking the second-highest reported first-quarter pre-tax income in the company’s history. Compared to the first quarter of 2019, pre-tax income surged more than 650 percent.

Inventories Up 23 Percent
Inventories increased 22.5 percent at the quarter’s end compared to the first quarter of 2021, partly reflecting diminished inventory levels in the year-ago period due to the year-ago quarter’s 39 percent sales comp gain. Compared to the first quarter of 2019, inventory dollars were up 8.8 percent, and inventory units were down 8 percent against the 36 percent sales gain over that period.

Said Mullican, “We have the right inventory, in the right stores at the right time. As we move into the summer and back-to-school season, having a strong inventory position enables us to be the destination of choice for the best value and assortment for our customers.”

Lawrence said that while a few categories, such as cleats and certain calibers of ammunition, remain supply-constrained, Academy now has a “good inventory position across most businesses.”

He also said inventory composition is healthier with the mix

“fundamentally changed” over the last couple of years.

“When compared to 2019, you’ll find a deeper investment into year-round seasonless categories such as sporting goods, camping, coolers and other categories that have leveled up over the past couple of years,” said Lawrence. “We’ve also layered on a better best assortment in some of our power businesses, including baseball, outdoor cooking and fishing. The result is that the overall composition of our inventory has improved with better balance compared with 2019. As we head into the second quarter, we believe we have the right inventory levels and content to fuel the business.”