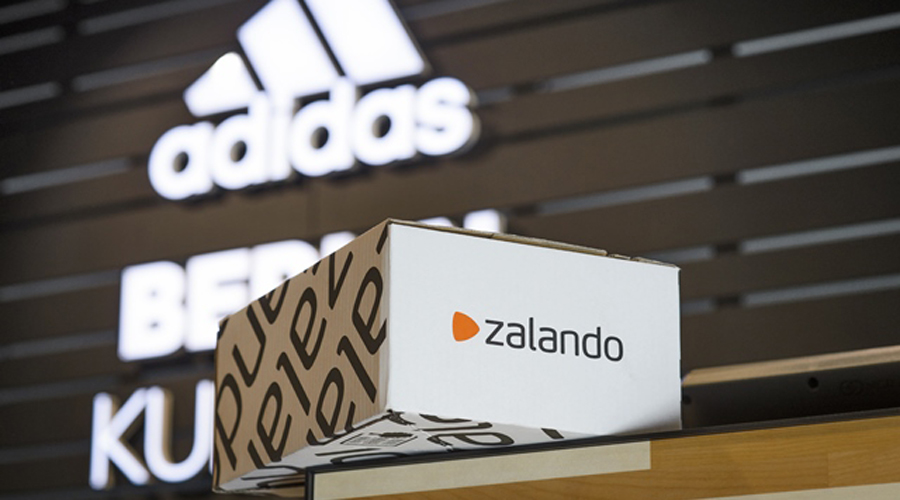 Looking to gauge the health and ingenuity of the European online active-lifestyle retail market? Zalando SE provides a good barometer.

Though it describes itself as Europe’s leading online fashion retailer, the German company offers apparel and footwear from most global athletic and outdoor brands via 15 country-specific sites across Europe.

On October 18, Zalando reported preliminary figures showing it grew revenue 16 to 18 percent in the third quarter 2016 and generated positive earnings before income taxes on an adjusted basis over a loss a year ago.

The online retailer said sales reached €827 million to €841 million during the quarter ended September 30, compared with €713 million in the third quarter of 2015.

Company officials said they expect adjusted EBIT margin to reach 1 to 3 percent, which would mark a vast improvement from the 3.3-percent decline reported for the third quarter of last year. In the first nine months of 2016, Zalando’s adjusted EBIT margin reached about 4.6 percent compared with 1.7 percent in the first three quarters of 2015.

Part of the margin improvement is credited to better inventory and warehouse management and efficiencies, officials have said, including a partnership announced in June 2016 with Adidas that allows Zalando’s Berlin customers to order the brand’s product on Zalando’s site, but have it ship same-day directly from Adidas stores in the city.

The company reiterated its growth ambition for the next few years, with 2016 coming in toward the higher end of the 20-25 percent growth corridor, and increased full-year adjusted EBIT margin guidance for 2016 to 5-6 percent.