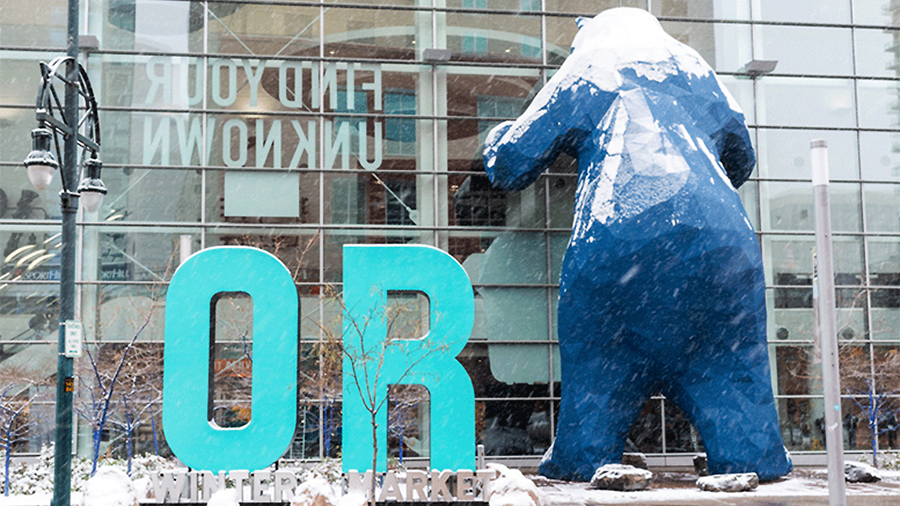 With the winter tradeshow season approaching and the Outdoor Retailer Snow Show scheduled to take place January 26-28, 2022, Emerald Expositions CEO Hervé Sedky and SIA’s President Nick Sargent hosted a webinar late this month related to its evolution and invited the industry, including retailers and manufacturers, to participate in the conversation.

With SIA selling its SnowSports show five years ago to Emerald, Inc., which has since incorporated it into its existing Winter Market tradeshow, and COVID-19 presenting challenges to holding in-person events for the past 18 months, the moderators thought it was the right time to have a dialogue. Most agreed that businesses and tradeshows are no longer the same as before the pandemic and that the format of a national trade show needs to evolve.

If it’s broke, fix it, seemed to be the sentiment held by attendees and event organizers concerning the current state of large-scale, expensive, in-person tradeshows. Accordingly, issues addressed ranged from the timing and the use of digital technology for writing orders, the value of industry events and other related topics.

“This is a very critical conversation and is a big priority for us,” said Sargent. “And it’s starting here today by having our members’ needs heard. What worked yesterday isn’t working today. Our membership is split between attending regional shows, buying group shows and national shows. We need the national shows to serve our business community in a way that is efficient and less redundant.”

Indeed, following a trend that emerged decades ago, today’s tradeshows are less about writing orders and more about education and networking.

“Tradeshows are not a new concept and are at a challenging time in our industry,” said Sedky. “They’ve been around for tens of thousands of years. It’s not about the platform, but it’s critical to understand what our customers’ needs are. What’s worked in the past won’t in the future. The notion of renting a large hall with the assumption that people will attend to buy and sell product is not going to work. The format’s not at risk, but it needs to change and evolve.”

After trying a virtual show with its Summer Market tradeshow in 2020, Sedky added that Emerald needed to ensure the digital and technology sides work with a show’s physical element to create a platform with a strong ROI for attendees. “As an industry, the net promoter score for virtual shows ranked low as far as the value they created,” he added. “We’ve learned a lot about what works and what doesn’t. A virtual show that digitally replicates the show floor doesn’t, but constant engagement year-round does. I don’t think we’ll see more digital tradeshows, but we will see digital playing a role.”

While this might play well with Millennials and younger attendees, a tradeshow’s physical element, he added, is still vital.

“Gen Z is here, right now, in large numbers and represents 25 percent of our workforce,” he said. “And they prefer face-to-face interaction. They love technology in some forms but fear it in others. So, you need the mix of a strong physical platform complemented with a strong digital platform.”

Sedky added that Emerald focuses on three main components—physical and digital events, content and the transactional platform. “Emerald is not just a tradeshow company, it’s about connections, content and commerce.”

He said the events needed to be inclusive with all participants receiving richness of content so that they leave educated and with new relationships and leads and that the commerce platform must offer streamlined purchasing so attendees can buy and sell efficiently.

As far as the industry becoming increasingly “fractured” from a glut of smaller trade shows, Sargent added that’s it’s something everyone has to address. “Our members are very loyal to regional and buying group shows. They want less duplication and more efficiency.”

Sedky agreed, adding that the annual larger shows “aren’t an ‘instead of’ but an ‘addition to.'” And, he said that their success relies on how big they are and need to reach a critical mass to succeed, giving attendees the ability to meet a variety of associates at one time. “Amazon wouldn’t work if it was just a small few niches of the market,” he said. “It works because it’s big.”

More importantly, both moderators echoed that they need to hear from their constituents. “It’s critical to develop customer-centricity,” Sedky said. “We need to listen and adapt solutions. We need to understand our customers’ needs and meet them.” One aspect of this, he admitted, is pricing and that the show needs to create a system that allows participation from attendees in more ways than they’ve participated in the past.

The national trade show also needs to use technology “in an immersive way.” He added that its three-prong strategy consists of customer-centricity, yearly engagement and portfolio optimization, the latter including the launch and purchase of new shows, companies and events as it did in April when it purchased Plum River’s eCommerce platform.

The tradeshow’s contract with the Denver Convention Center expires at the end of 2022. Sedky said he hadn’t had any conversations with Utah Governor Spencer Cox about moving the shows back to Salt Lake City, but it goes back to the show’s attendees and listening to what’s important to them. Location, he added, is one component and so is timing.

“It’s difficult to satisfy everyone,” Sedky said. “Timing is different by customer segment, so it’s a work-in-progress.” Added Sargent, ‘It wouldn’t be a conversation about tradeshows without discussing the date. We’re getting feedback, and it’s an evolving discussion. Not one time is going to work for everyone. We are working with Emerald to represent our industry’s needs as best we can.”

“We have to create more flexibility in the experience for our customers and diversify our customer base,” said Sedky. Added Sargent, “Many of our members created workarounds over the past year. They found they could be successful without going to a national show. But, we also have a passionate community that likes rubbing elbows, seeing the competition and the revelry of a show. We need to stop creating the future by looking in the rear-view mirror. We have a great opportunity to define what this marketplace looks like in the future.”

“There’s a lot of value in coming together,” he added. “But it’s an expensive party. A lot of attendees think the price and expense might not justify getting together, but there are many pluses. If you’re looking at it as how many orders you wrote, you’re missing a key component.”

That future includes meeting the needs of exhibitors and its buyers, said Sedky. “Without buyers, you don’t have exhibitors,” adding that the group’s recent shows have been about half the size of what they were pre-pandemic. “So, they’ll continue to be very important in terms of investment.”

Both moderators echoed that demos will continue to be an essential part of the show, no matter where it lands. “We want to have a physical component of the show with a demo,” said Sargent. “We’re looking to enhance the demo component and replicate it in a more meaningful manner.”

Regarding sustainability, Sedky added that while it is focused on using low-energy lighting, reducing plastic and carpet use and addressing food waste, 75 percent of a show’s carbon footprint comes from attendees traveling. National tradeshows, he added, reduce travel by allowing attendees to visit in one place.

In conclusion, there is work to be done, but both parties are listening.

“Every industry has issues it’s grappled with,” said Sedky. “The show is a great way to meet and discuss some of those. It’s a great platform to have these types of conversations. We have to create that opportunity. We can’t rely on simply selling a piece of real estate and asking people to show up. We have to develop ideas that start conversations.

“The days of pure order-writing are probably not what we’re going to be in the future,” he added. “People want to explore, be inspired and learn. It’s incumbent on us to deliver this unique experience. We’re passionate about the sector and the industry. We will be asking questions and engaging people, so please engage back, which will allow us to build this new platform moving forward.”