Kris Kringle, d.b.a. Santa Claus, got the green light today from the U.S. Department of Transportation (DOT) to engage in air travel to various points throughout the United States the night of Dec. 24-25.

An order granting a flight certificate and signed by U.S.
Transportation Secretary Norman Y. Mineta finds that Santa Claus is “exceptionally fit, joyfully willing and uniquely able to engage in the interstate air transportation for which he has requested a certificate.”
The Secretary added that Santa has a 100 percent on-time arrival record, having never failed to deliver all of his toys by Christmas morning.

Santa also disclosed that he has had some help with the arduous task of delivering packages. He notes that for the better part of the last century he has been greatly assisted by the results of the wonderful invention of the Wright Brothers, who 100 years ago put together a flying machine, now refined and operating with capabilities almost as good as Rudolf.

In his application, Santa Claus described himself as a citizen of the world residing at the North Pole who performs a vital and specialized transportation service. “The points to be served are the dwelling places of good girls and boys, as well as adults of goodwill, throughout the United States and worldwide,” Claus said in his application.

He also told the department that his sleigh will be powered by eight tiny reindeer, with the addition of a possible ninth reindeer equipped with a special air navigation warning light in its nose, in the event of fog or heavy snow.

Finally, the applicant, aware of the department's heightened security concerns, said that although he does not have a federal air marshal on board he has asked his lead reindeer, Rudolph, to stay especially alert.

The department said that no one has opposed the application, and the applicant has disclosed several million letters of support from children everywhere. “In these circumstances, it appears that a grant of the applicant's request is in the highest public interest,” Secretary Mineta said. 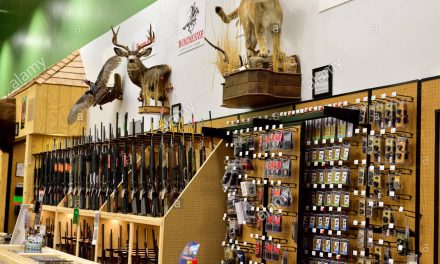