Dorel Industries Inc. has completed the extension of its revolving credit facility.

This three-year agreement which is effective July 1, 2010 and expires July 1, 2013 was co-led by the Royal Bank of Canada and the Bank of Montreal. The facility allows for borrowing up to US$300 million and contains provisions to borrow up to an additional US$200 million. This facility is in addition to US$200 million fixed rate long-term financing that was announced on April 6, 2010. 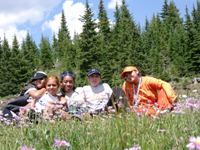