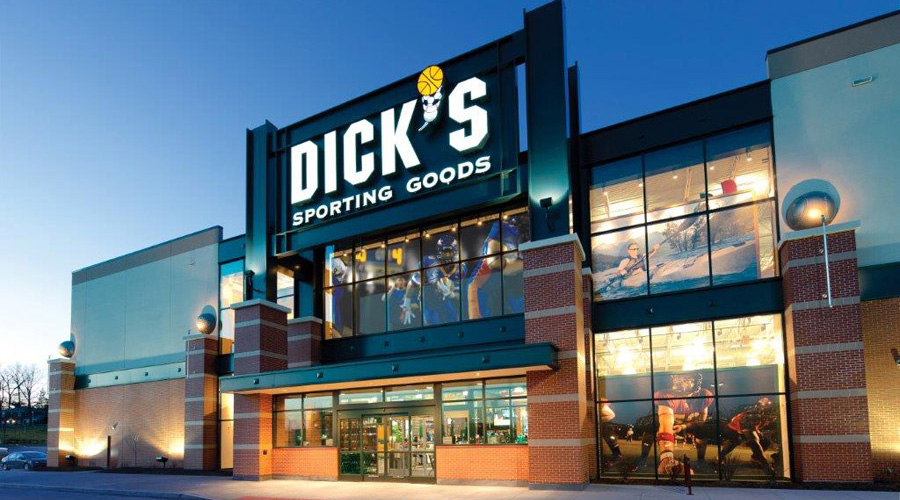 It’s only May, but Dick’s Sporting Goods Inc. is already looking forward to 2017.

While reporting first-quarter earnings that were down but ahead of internal guidance, the U.S.’s largest sporting goods chain lowered its outlook for the year due to expectations of significant liquidation activity in the months ahead. Earnings are expected to decline in the second quarter.

“The long-awaited consolidation is taking place,” declared Ed Stack, chairman and CEO, on a conference call with analysts.

The day before Dick Sporting Goods’ earnings release, Sports Authority revealed that it would be closing all of its more than 450 stores since it was unable to find a buyer in bankruptcy proceedings. Liquidation efforts had already begun at 140 locations Sports Authority had moved to close after filing in early March.

Stack also noted that Boston’s City Sports in December underwent a liquidation and California’s Sport Chalet in mid-April revealed it was liquidating all of its 47 stores. In all, the exit of Sports Authority and Sports Chalet will remove over 20 million square feet from the sporting goods channel, Stack noted.

He also hinted at other disruptions yet to come with “others evaluating strategic alternatives,” apparently in reference to Cabela’s move last December to hire financial advisors to explore a sale and other options.

Stack noted that Dick’s Sporting Goods is already seeing better off-price buying opportunities from vendors due to the disruption but that’s expected to be overcome by margin pressures emanating from the ongoing and soon-to-come liquidation sales.

The liquidation sales at Sports Authority are expected to continue through August into the key back-to-school selling season. Stack also does not expect a bounce back in the fourth quarter, believing that the consumer may be a “little weary of sporting goods” after having stocked up on merchandise earlier in the year at the liquidation sales.

Dick’s Sporting Goods also has no intention to match those discount offers since being overly-promotional will only hurt the brand, Stack said.

“We will be patient and let them get through this liquidation over the next quarter and a half,” he said. “And beginning in 2017 we have an opportunity to take significant market share once the 20 million square feet of sporting goods retailers are gone.”

“Although there will be some short-term pain during this process, we are pretty excited about the long-term future of our stores and our business online,” Stack said. “We also have a very strong balance sheet with no long-term debt to help us through the consolidation process.”

Stack confirmed reports that Dick’s Sporting Goods is only looking to acquire 20 to 30 of Sports Authority’s locations and “will look at a couple of the Sport Chalet sites.” He noted that in trade areas where a Sports Authority is nearby, Dick’s Sporting Goods’ current store will likely benefit from “higher sales volume” and the company doesn’t “necessarily need more stores.”

In areas where Dick’s Sporting Goods is underpenetrated, Stack said many real estate opportunities are opening up with JCPenney, Kohl’s, Sears and Macy’s also recently announcing store closings. Stack added, “We are confident we will get sites in those trade areas eventually, and we think this is the time to be very patient out in the marketplace. So we’re not in any rush.”

He also said the company remains “very disciplined” around site selection, noting the risks of taking on a 10-year lease on a questionable location.

“You can’t fix bad real estate,” Stack said. “You can make a bad buy from a merchandising standpoint and you can mark it down and do whatever you need to do with it to get it out of the system. For bad real estate, you’ve got it for 10 years.”

But Stack said Dick’s Sporting Goods plans to be aggressive in marketing in the near-term to capture former customers of both Sports Authority and Sports Chalet. Said Stack, “We are in the process of executing plans to ensure a  meaningful portion of this market share comes to Dick’s Sporting Goods.”

In the quarter ended April 30, earnings slid 10.2 percent to $56.9 million, or 50 cents a share, exceeding expectations provided on March 8 calling for earnings in the range of 48 to 50 cents per share.

The company had given a soft outlook for the year due to the impact of approximately $50 to $55 million in investments to expand its full-service footwear departments at it stores, fund its partnership with the United States Olympic Committee and Team U.S.A., and the transition of its current third-party e-commerce business to its own platform. The retailer had also expected pressure from liquidation sales in the early part of the year from the 140 stores Sports Authority had initially announced it was closing.

Gross margins eroded 10 basis points to 29.86 percent of sales. Improved merchandise margins were more than offset by occupancy and an increase in shipping expenses as a percentage of sales due to e-commerce growth.

E-commerce sales grew 15 percent and increased in penetration for the quarter of 2016 to 9.2 percent of sales, compared to 8.5 percent during the first quarter of 2015. Said Stack, “We are quite pleased with the site and their performance from both the technology and sales standpoint.”

Following the relaunch of golfgalaxy.com in March 2015 and fieldandstream.com this past October, dickssportinggoods.com is on schedule to be relaunched on the company’s own online platform in January 2017. Stack reiterated that the move is expected to boost the company’s consolidated operating margins by approximately 30 basis points.

Speaking of some key growth initiatives outside e-commerce, Stack noted that the company continues to roll out its new premium full-service footwear departments in its Dicks Sporting Goods locations. Andre Hawax, COO, said early sales results at the revamped footwear departments “are encouraging”

The enhanced customer experience is being supported by investments in store payroll associate training and technology and will stand out by featuring a broader assortment of brands and styles. Stack said the enhanced departments will include “some of the better selling shoes you would have seen in the marketplace that we did not have access to,” including those from Nike, Adidas as well as Under Armour’s Stephen Curry shoes. The upgraded footwear assortments will drop in July.

At the end of the first quarter, Dicks Sporting Goods had 52 new footwear decks in place. It expects to have 124 in place by the end of the second quarter in time for the back-to-school season and then approximately 180 in place for holiday selling.

In product development, Stack called out the success of the Calia women’s line, which he said was the number three women’s brand in the first quarter, and remains on track to hold that position for the full year. He added, “We continued to expand our proprietary products, such as Adidas Baseball, Field & Stream, Umbro Soccer, Top Flite and Maxfli in our golf area, along with Quest in the outdoor area. We expect this to be $1 billion business for us over the next few years, with margin rates of 600 to 800 basis points higher than the brands they replace.”

Among product categories, the footwear business “was really pretty good” in the first quarter.

Apparel was below expectations in the quarter and below last year. Stack said the category continued to be challenged with cold-weather merchandise following a mild winter, particularly in February and March. Men’s overall was stronger than women’s.

Asked if apparel was facing newer challenges from Amazon or other channels, Stack said the company is “coming off some pretty good apparel numbers over the last several years” due to investments in key brands, and the company still sees it as a growth category.

In the golf category, the Dick’s Sporting Goods chain performed slightly better than Golf Galaxy’s 1.7 percent comp gain. Stack said some strong introductions, mentioning the M1 and M2 from TaylorMade, an updated Big Bertha from Callaway, a new footwear model from Footjoy and momentum around golf apparel overall, is helping to revive the category. Stack also said that margin rates in the category continue to trend up and that the weather has been boosting golf rounds played. Said Stack. “That is helpful to the golf business.”

The overall outdoor category was positive despite a decline in hunting. Stack noted that Dick’s Sporting Goods does not focus on some of the items that are working in the firearms category, citing handguns as an example. He added that although the category in the first quarter was better than the fourth quarter, “we suspect the hunt business will continue to be challenged for a little bit here.”

Total inventory increased 7.3 percent at the end of the quarter, with the rate higher than sales due to some cold-weather merchandise that was packed away for the 2016 winter season.

Consolidated same-store sales are currently expected to be in the range of negative 1 percent to positive 1 percent, compared to a 0.2 percent decrease in fiscal 2015. Previously, guidance for the current year was expected to be approximately flat to an increase of 2 percent.

Asked to assess the overall sporting goods channel in the Q&A session, Stack said the industry has ”definitely been over-stored” and implied the exit of 20 million square feet will ease pressures. He also said Sports Authority and Sport Chalet, which was owned by Vestis Retail Group, both had a “significant” amount of debt and “we’re debt-free and we can ride through these difficult times much easier than some of these other retailers did.”

He also believes Dick’s Sporting Goods is clearly benefiting from its close partnerships with brands and investments over the years to accentuate their in-store presence.

“All I know is that we made a strategic initiative years ago to partner with these brands,” Stack said. “You walk into our store and you see the significant Nike presence, the significant Under Armour presence, what we’re doing with The North Face, etc. And I think that resonated with the consumer and helped move market share to us and it is clear that we’re the winners in this race between us and Sports Authority and Sport Chalet and we’re very happy of the position we are in right now.”

Oakley Sees A Bright Summer Leading to an Electronic Holiday…