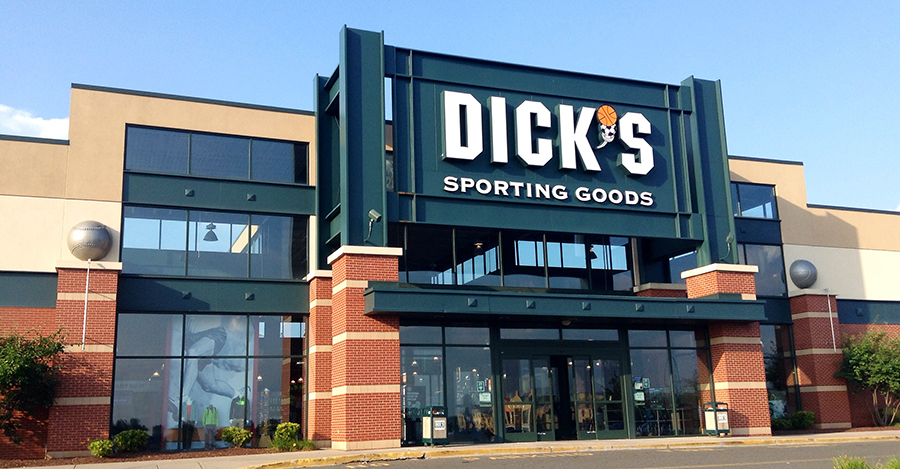 Speaking at Goldman Sachs Global Retailing Conference, Lauren Hobart, president and CEO at Dick’s Sporting Goods, said the retailer has been able to grab market share over the past couple of years partly because of investments supporting omnichannel execution but also because key brand partners have been narrowing distribution and bringing more differentiated product to the retailer’s selling floors.

Nike, Adidas, Under Armour, and The North Face are among vendors in the active lifestyle space that have tightened wholesale distribution to support demand.

“Those strategic relationships with some of our key vendors have always been strong but they’re at an all-time high,” said Hobart. “And we’re getting a better assortment of product. We’re getting allocations of high-heat product that we didn’t used to get, so we feel overall that there should be ongoing market share opportunities.”

She also said the moves are helping profitability. Hobart stated, “We also get a lot more control over our pricing and the promotional environment, so it’s just a win-win.”

Hobart said Dick’s has elevated its product mix over time, including increasing its presence with brands such as Patagonia and Yeti, but also due to the better allocations across categories from its major suppliers such as Nike.

“In terms of footwear, we’ve invested in premium full-service footwear decks, so that enables that flow to happen,” said Hobart. “Our apparel is incredibly on-trend, really great athletically and from a fashion standpoint, and we’re getting allocations of all of that as well.”

In team sports, investments in the in-store experience, such as adding HitTrax batting cages to stores to support its baseball areas are supporting opportunities to sell higher-priced products. Soccer departments upgrades are helping Dick’s stock soccer cleats “all the way to $279, and they’re really what the true athlete is looking for,” said Hobart.

On the lower end, the introduction of the DSG private-label brand addressed opportunities around opening price points. Said Hobart of DSG, “We felt it was whitespace in our portfolio. We had customers coming in for team sports and perhaps going to one of the department stores or mass merchants for things like athletic apparel because the price point was more affordable.”

DSG, launched in 2019, is “doing incredibly well from an apparel standpoint,” but some of its equipment range is likewise “doing really, really well.”

“It’s kind of the sister-brother of Calia,” said Hobart. “Very trend-right. Very much an athletic apparel brand that can take market share we think from some of our competitors. So we have incredible confidence in the vertical brand strategy.”

She also noted that the margin rate on its private calls, called “vertical brands” internally, is 600-to-800 points higher than the chain’s average margin rate. Added Hobart, “So, it really behooves us to push those brands.”

Asked to provide an update on the near-term and longer-term benefits of surges in a number of sports categories seen during the pandemic, Hobart said that continued momentum in categories such as outdoor, golf, fitness, running, and walking shows “people have really adapted. Their consumer behavior has shifted into those categories.”

Hobart stated, “After 15 months, we confidently can say that we do think there’s been a re-baselining of our business. There are new athletes [customers] who’ve come into various sports. Golf is a perfect example of one where that doesn’t just go away. Those people are in the category now. Hopefully, they’re going to be upgrading their equipment, and we see a complete re-baselining of our business.”

A few categories, citing fitness, fishing and bikes, may have seen more of a temporary benefit due to last year’s lockdowns, but more categories are continuing to show strength, and team sports have recovered. Hobart said, “So there’s been some offsets, but they’re nowhere near the scale of the upside that we have in our core categories of footwear apparel, golf and team sports. We feel really strong as we look to the future that we’re in a great lane right now.”

On promotions, Hobart said the supply and demand imbalance has “led to real evaporation of promotional activity.” However, structural changes are also helping Dick’s reduce the need to promote, including securing more “highly-differentiated” merchandise. Said Hobart, “We just have a better assortment to avoid a promotional environment.”

In marketing, the shift to digital has made the promotional process “incredibly more manageable” versus the chain’s traditional reliance on newspaper circulars. Said Hobart, “We don’t have to look multiple weeks ahead. We can look on a Thursday or Friday and decide what we’re going to be doing on Saturday, Sunday. So that’s also sustainable.”

Belitsky also cited the continued expansion of private brands, where Dicks’ has more control over pricing, as another factor that reduced promotions. Finally, enhanced personalization capabilities are helping Dick’s efficiently target promotions to customers and to different regions. Said Belitsky, “We continue down that path that allows us to be much more granular and specific about promotions rather than running broad-based promotions across category, across the whole website.”

Asked about supply chain challenges, Belitsky noted that while Dick’s sharply raised guidance for the full year in releasing its second-quarter results, growth is projected to moderate in the back half due to newer challenges such as Vietnam factory shutdowns and higher container costs that have been a recurring problem. The impact is expected to be more significant in the fourth quarter, and higher supply chain costs have been embedded within guidance.

However, Belitsky said Dick’s product flow, overall, has been “great” as evidenced by sales growth on a two-year basis of 45 percent in the second quarter and 54 percent in the first quarter.

Dicks’ has faced some out-of-stock situations but has benefited from ordering early in significant quantities and diverting trucks and containers from vendors to Dick’s warehouses to speed up the inbound process. Said Belitsky, “We’ve managed through it as well as we can. I think we’ve punched above our weight in terms of being able to get product in from overseas and keep an aggressive product flow into our stores to support the significant sales increase that we had.”