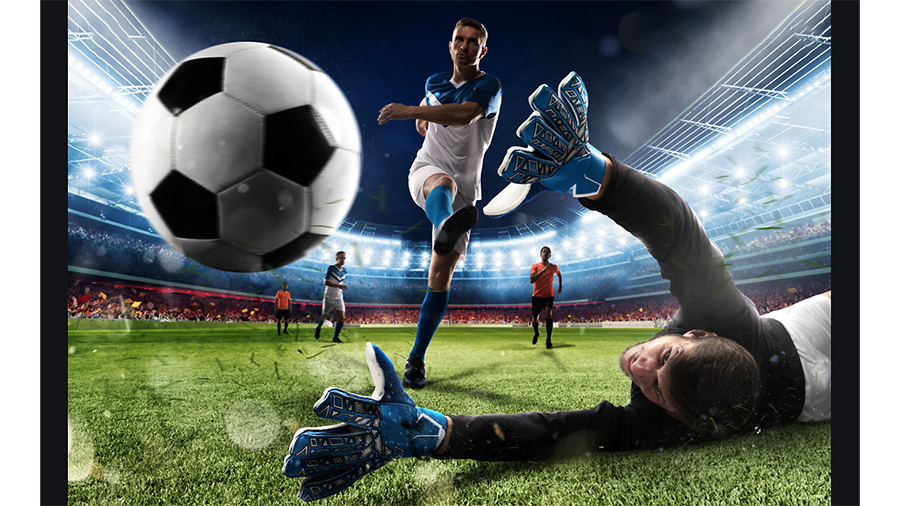 Simeon Gutman, who covers Dick’s for Morgan Stanley, opened the presentation by noting that Dick’s has become a “battleground stock” as the retailer has been among the big retail winners during the pandemic, but some investors remain concerned the benefits may be more short-term.

Gutman said, “The multiple of this business hasn’t changed, which tells us that the market is still worried about retention and potential reversion in ’22 and beyond.”

The presentation came after Dick’s shares saw pressure last week despite the retailer reporting third-quarter results that crushed analyst estimates and the company again raising raised its full-year guidance. The stock decline was attributed to conservative Q4 guidance and concerns over Dick’s losing momentum in 2022.

Broad Range Of Top-Line Tailwinds
Hobart said while Dick’s has benefited by the “tailwinds” created by changes in consumer behavior as a result of the pandemic, the improvement in large part reflected transformational investments that started in 2017 and that began paying off before and were accelerated by the pandemic.

“If you look at every aspect of our business, I think we are a completely different company than we were in 2017 when we started on this transformational journey,” she said.

Hobart noted that Dick’s merchandise is “highly differentiated now” as investments were made in its own labels, such as Calia, DSG and VRST, but she noted that efforts to collaborate with strategic vendor partners have particularly paid off. Said Hobart, “We are carrying higher heat product and product that is more differentiated.”

She noted that Dick’s had made investments in pay and training for its employees to raise the level of service in-store and placed a greater emphasis on building culture. Stores have further embraced more experiential elements, including the addition of HitTrax batting cages and golf simulators.

Finally, investments in technology were ramped up and, in part, helped the chain shift to curbside pickup overnight as in-store restrictions arrived due to the pandemic.

She also said Dick’s would benefit from tailwinds coming out of the pandemic as people are “just more active” and have developed new habits.

“We did have some tailwinds during COVID,” said Hobart. “And very happy to say that we had some luck with people wanting to be outside. It didn’t start off great, but it ended with surging categories such as golf, outdoor, bikes, and running. We believe we have meaningfully rebaselined every key category well above pre-pandemic levels and, at the same time, improved our margin and our profitability significantly, both because of a significant increase in our merchandise margin, the improvement in our e-commerce profitability and the flow-through from higher sales to operating leverage.”

Asked about the potential for continued robust growth across categories, Hobart noted that several “surging categories,” including bicycles, fitness equipment, treadmills, kayaks, and fishing, were the first key drivers to growth as the retailer’s business bounced back in the initial months of the pandemic. With people staying close to home, running and walking also saw strength early on.

Those categories helped offset significant declines in team sports as team play was shuttered, and there was a softness in apparel and footwear partly because people were essentially indoors social distancing.

Hobart said many of the initial surging categories could be impacted going forward because they don’t require a major purchase every year. For instance, someone buying a bike would typically not make another bike purchase the following year. However, sales in many of those initial surging categories are expected to be higher than in 2019 as the pandemic has introduced more enthusiasts to those categories. She also said many are “smaller categories” that are not as essential to driving growth for Dick’s.

The bigger win for Dick’s is that many larger categories recovered strongly, including golf, apparel and footwear and team sports.

“If you look at the golf business in particular,” said Hobart. “Sure, it may be up or down depending on any given week versus where it was last year, but it is so meaningfully bigger than it was in 2019. And that’s true of many of these key categories.”

Team sports is “bigger than ever before,” according to Hobart, citing strength across baseball, soccer and football.

“Baseball is our biggest team sport by far just because there’s so much equipment and gear that people have to buy,” said Hobart. “And that is not a category that suffers from what ‘you bought it last year, you don’t you don’t need it again.’…Versus pre-pandemic where we’re seeing incredible gains in that category, post-pandemic.”

She said soccer also benefited from elevated assortments that helped Dick’s sell cleats priced at $270. Said Hobart, “We used to think that was rarefied air and something few people would buy, but it’s become a very attractive item for us, and we will keep growing our soccer shops as well.”

Hobart also believes Dick’s has “completely changed the trajectory” of its athletic apparel and footwear business with its partnerships with major vendors that have led to more differentiated products and investments in “vertical brands,” or its private labels.

“We feel bullish about the business as a whole compared to where it was pre-pandemic,” said Hobart. “It is meaningfully higher, and a lot of those categories that are having ups and downs are smaller categories for us. It’s more important to us that we’re gaining share in footwear, apparel, team sports, and golf.”

8.5 Million New Customers
Gupta noted that Dick’s acquired 8.5 million new customers in 2020 due to the pandemic and continues to attract about two million new customers quarterly in 2021, including 1.7 million in the third quarter. The retailer’s active customer database is at a record high.

Gupta said many of the new customers might have come to Dick’s for bikes or fitness equipment when “nothing was available” in the marketplace, and Dick’s has an opportunity to incentivize them to shop other categories and become loyal customers. He said, “We now have an opportunity to address their needs in a much more holistic way than just the narrower category that they began their interaction with.”

Hobart said one reason merchandising margins should be higher post-pandemic in part is because the retailer’s product mix is more differentiated and “not product that typically gets caught up in a promotional cycle.”

At the same time, Dick’s shifted over to digital advertising instead of newspaper circulars “so we can be much more focused on real-time, data-science driven promotion and pricing.”

E-commerce has become “incredibly profitable” given the operating leverage gained with the accelerated growth in online sales. As a percent of total sales, e-commerce reached 19 percent in the third quarter, up from 13 percent in 2019.

Finally, in-store profitability has significantly improved given the operating leverage gained over rent and other expenses, and the improvement should continue to the degree to which the overall business has re-baselined higher.

Hobart said, “It’s clear to see that the operating margin is higher than it was pre-pandemic.”

Gupta said the “normalization” of the overall promotional climate would be a critical factor determining where Dick’s margin and EBT rates end up post-pandemic. The lack of promotions in the overall marketplace has contributed to the improved margins.

The lack of inventory availability due to the supply chain disruption is why the marketplace has been significantly less promotional, and promotions are expected to return with greater availability. He said, “We feel strongly about our availability, but the general marketplace is constrained. So that’s one unknown.”

However, Gupta noted that many major vendors, referencing Nike, Adidas, Under Armour, and others, have shifted away from “undifferentiated retailers that used to lead the promotions” to play a role in the reduced promotions.

The promotional pressures should be less going forward should many of the leading sports brands continue to avoid channels that traditionally led the promotions, although it’s uncertain to what degree.

Said Gupta, “Quite frankly, the brands have seen that level of benefit themselves in the last couple of years based on the narrowing of the distribution. And so that will also help as we think about the story into 2022.”

Asked when promotions would come back, Gupta said fitness and other categories that have rebuilt inventories are “starting to see some” promotional messages.

He added, “As I think about the broader industry in terms of footwear and apparel, I think we are going to be in a less constrained environment up until the middle of next year when the supply chain will start to normalize. So probably the back half of next year is the earliest expectation. But there’s no crystal ball.”