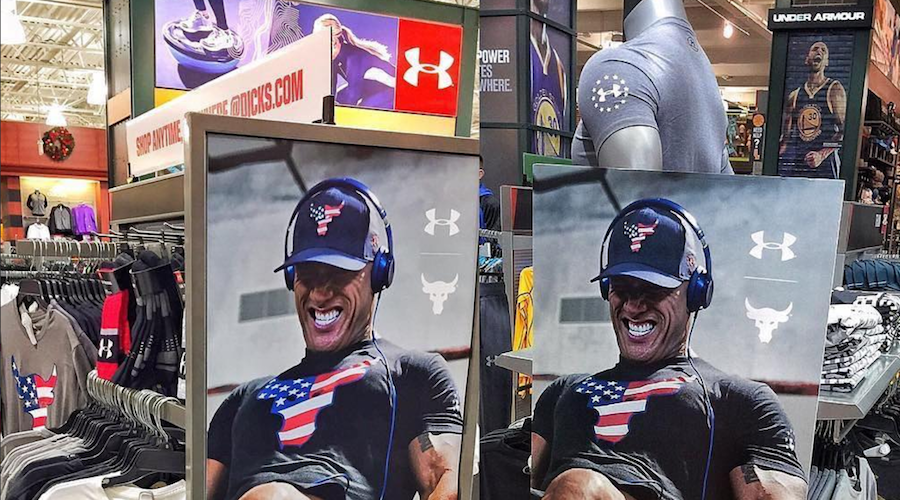 Dick’s Sporting Goods reported earnings that easily topped Wall Street’s targets, but sales came in well below as weakness from Under Armour continued to place a drag on sales.

On a conference call with analysts, Ed Stack, CEO, said the strategic decisions regarding the retailer’s hunt and electronics categories accounted for about half of the comp decline.

Dick’s had previously announced that it was exiting the low-margin electronics category that it felt had marginal-growth potential for the chain.

The retailer also previously said it would be “downplaying” the hunt category not only due to overall sluggishness in the category but the impact of the retailer’s widely-covered decision earlier this year to stop selling firearms to individuals under age 21 and stop selling assault-style weapons at Field & Stream. The decision, which drew backlash in the hunt community, came after the February school shooting in Parkland, FL.

The surprise in the quarter was the continued deceleration in sales at Under Armour, which accounted for the rest of the decline. Indeed, excluding Under Armour, hunt and electronics, comps would have been ahead 1 percent. The weakness has been attributed to Under Armour’s decision to expand distribution to Kohl’s.

The weaker-than-expected comps were particularly dismaying since much of retail has been delivering healthy comps as consumer spending has picked up with the booming economy. On Thursday, shares of Dick’s closed at $35.60, down 79 cents, or 2.2 percent.

In the Q&A session, many of the questions were fixated on Under Armour. Stack said the company is “repositioning” the Under Armour business, including gaining more exclusives from the brand while finding other product to fill traditional Under Armour space.

Overall, he said Under Armour is working on better segmentation with Dick’s and the exclusive merchandise will be more “foundational product” geared toward the “real athlete who is looking to use the product to actually perform in as opposed to look like they perform in.”

Dick’s merchants are particularly “excited” about innovation coming down the pipeline from Under Armour. This includes the Hovr shoe, which Stack said fits “more of a premium authentic athletic environment as opposed to more of a discount mid-tier distribution.”

Dick’s also plans to expand Under Armour’s line with the actor Dwayne “The Rock” Johnson that is also an exclusive. Said Stack, “He’s a hot commodity right now; everybody loves them.”

Stack spent much of the call stressing that except for Under Armour, hunt and electronics, the retailer’s business is healthy.

Stack said, “Notwithstanding these challenges, the health of our core business is relatively strong, and we’re confident sales trends will improve next year as these headwinds are expected to subside.”

The CEO also noted that while the Street might have been disappointed with the 4 percent comp decline, Dick’s raised its earnings guidance for the second quarter in a row with benefit of improved product, inventory discipline and fewer promotions. Overall, Stack remains bullish on the business.

Under the company’s revised outlook for the year, Dick’s now expects:

Transactions declined 4.7 percent, driven partially by the continued refinement in the hunt business and fewer promotions, and average ticket increased by 0.7 percent due primarily to a less promotional environment.

Stack said that in addition to allocating premium floor space to the retailer’s own brands, existing brands have been expanded to new categories. For example, Calia’s entry into swim has been successful. Additionally, the Team Sports license agreement with Adidas significantly expanded with American football becoming an exclusive to Dick’s.

Exclusivity remains a priority, Stack said, and Dick’s expects the momentum seen in private label to continue with the help of new brands, including the new Alpine designed outdoor brand launched this third quarter. Said Stack, “We continue to believe we can grow our private brand business to $2 billion over time.”

Combined with the double-digit growth in athletic apparel excluding Under Armour, Lee Belitsky, CFO, said management was “really very pleased with our apparel business for the quarter.”

Belitsky also noted that athletic footwear and golf “were also areas of relative strength for the quarter.”

Overall, Stack said Dick’s is ”reallocating valuable floor space to growth categories and brands that are outperforming,” including both private labels such as Calia as well as brands including Nike, Adidas Brooks and New Balance.

“We remain pleased with the improved products we’re seeing from many of our key partners and private brands, and are optimistic about the pipeline as we look to the second half of the year and into 2019,” added Stack.

“We’ve narrowed and removed complexity from our assortment, which has allowed us to add more depths behind key items of significant business drivers,” she said. ”This increased depth is leading to stronger in stock position, which is resulting in an improved customer experience.”

On the challenged categories, Stack said Dick’s is evaluating strategies across banners on hunt. This includes optimizing net assortment and reallocating floor space to categories that drive profitable sales growth.

Stack stated, “Later this quarter, we will remove virtually all of the hunt products from 10 Dick’s stores with the category with ‘significantly underperforming’ and replace them with products and in-store experience that are most relevant to our athletes in those markets. Some examples include an elevated outerwear in license shop assortment and more experiential elements such as the HitTrax batting cages in our baseball area. We are executing our strategies to better navigate the dynamic retail environment and ensure the long-term success of Dick’s Sporting Goods.”

On the positive side, Stack noted that the hunt and electronics categories are approximately 1,700 basis points lower than the company average, and reducing exposure to those categories is helping profitability.

Said Stack, “While the retail landscape remains highly dynamic, we remain committed to driving profitable sales while making improvements across our business.”

SG&A expenses were reduced 128 basis points to 22.75 percent. The deleverage was driven predominantly by higher incentive compensation accruals and continued investments in growth initiatives to support the company’s long-term strategies.

Investments include the company’s first company-operated regional e-commerce fulfillment center expected to open in the Binghamton, NY, area in the third quarter. The center is expected to support one-business-day delivery in one of its most concentrated markets. A smaller regional e-commerce fulfillment center will open in Western region of the U.S. in late 2019.

Said Belitsky, “We expect these new fulfillment centers to reduce delivery time to our customers, allow us to scale quickly and be more efficient as we continue to grow our e-commerce business.”

The 12 percent e-commerce gain marked a slowdown from the first quarter, but that’s because the online business was brought in house a year ago. Online sales are up 31 percent on a two-year stock. Said Belitsky, “Additionally, we are very pleased with the current operating margin in e-commerce and its improving trajectory as we leverage fixed cost investments from the previous years.”

At the store level, Hobart noted that the retailer is providing clearer call-outs. She said, “With this elevated presentation, the athlete is drawn to these key items, making our stores easier to shop. We have been extremely pleased with how the athletes have responded, and the increased depth and elevated presentation of these strike points is resulting in strong double-digit sales growth on many of those key items.”

Among omnichannel objectives, Hobart noted that tests of BOPIS Lockers have been successful and expanded from three stores to ten. Curbside pickup is being tested at select stores.

In marketing, Dick’s is partnering with vendors, including recently with Nike on the “Play Like You Own It” campaign that received over 20 million views in its first week. Dick’s ScoreCard and Team Sports HQ data bases are being leveraged to customized marketing tailored to each customer’s preferred sports and interest. The retailer’s new Gold Tier for most-loyal shoppers is also being expanded.

Finally, expense control remains a key focus. She said, “Across the organization, we are laser-focused on lowering cost and eliminating unnecessary spending to reinvest in strategic growth initiatives. We’ve reduced expenses within our stores and other support centers by increasing efficiency through workforce productivity initiatives.”