Deckers surprised Wall Street with much better-than-expected sales and earnings results for the second quarter. The company had been predicting relatively flat top-line growth and an 85% to 90% reduction in Q2 earnings, but thanks to increased sell-through and higher sell-in rates of full-margin product, DECK was able to pull off a slight increase to their sales and flat earnings growth. The increase in earnings was due to a combination of reasons; primarily higher margin sales from all three brands, but better inventory management and lower-than-expected SG&A expenses also helped.

Deckers overall inventories decreased 32.2% with Ugg inventories down 42% and Teva down 16%; Simple increased inventories as the brand ramped up for expected increases in demand. While SG&A expenses were up considerably, they did not increase as much as expected. Deckers planned to spend an additional $9 million on brand building this year. To-date DECK has used roughly $2 million each quarter, leaving $5 million in the budget for the remainder of the year.

Teva sales declined, but this was the result of fewer close-out sales as the brand saw a healthy increase in full-margin sales. Deckers CEO Angel Martinez said that he was “surprised at the resilience” of Teva and expected more margin erosion and less sell-through at retail than the quarter provided. “We believe we have stopped the market share erosion that we experienced last year and can now build from a stable foundation with the new product” Martinez said during an analyst conference call last week.

Teva completely re-merchandised 700 retail doors with new POP materials during the quarter. Over the next month the brand will be installing new in-store graphics and launching another advertising campaign. For spring 2007, 70% of the product line will be new styles and Teva will introduce a new shop-in-shop concept. Tevas Universal Strap patent is on the verge of expiring, but Martinez treated this as a non-issue, comparing it to the expiration of Nikes Air Window patent. “It is still going to be an iconic look for the brand. It will still define the brand,” he said. “But were not dependent on it as a result of the very large investment weve made in time and money and R&D and new designs.”

Ugg showed healthy sales growth during the second quarter due to re-order business for the brands spring line. Sales were also helped by Nordstrom, which included men’s and kids product for the first time in addition to women’s in their anniversary sale and included “Ugg feature areas” in their top 40 womens stores and top 30 mens stores.

Simple sales increased nearly 40% during the second quarter due to positive sell-through of the Green Toe Collection across all channels of distribution. Demand exceeded expectations resulting in Green Toe being sold out in many places. Simple is selling in 30 Whole Foods in southern California and the Northeast and will soon be adding additional locations in Northern California and the Pacific Northwest. The brand will end the year in approximately 64 Whole Foods stores and management is targeting other health and wellness retailers and eco-friendly shops in key markets. Martinez sees $75 million in Simple sales as “first base” in the long-term plan for the brand.

International sales for all three brands increased 64% through the current base of 32 distributors selling in 38 countries. Deckers is actively working to increase this number by year-end. The company is focusing on Japan as a market because they feel that the Japanese consumer is the “leadership consumer for Asia.”

The companys long-term goal for international sales is roughly 30% of overall revenue. The EU anti-dumping duties may also have an effect on Deckers this year. Right now, the company is in “wait and see mode.” It is fairly confident that Teva is safe, and is hoping for an exemption on Sheepskin.

Consumer Direct sales increased in Q2 due to several upgrades to the brands websites including broadening payment processing methods. Deckers newest outlet, opened in May at the Wrentham Village Premium Outlet Mall in Wrentham, Mass. just south of Boston, was said to be “off to a good start.” The company should open its first UGG flagship store this December and is currently evaluating possible locations in SoHo. Deckers expects to have the doors open for the holiday selling season. 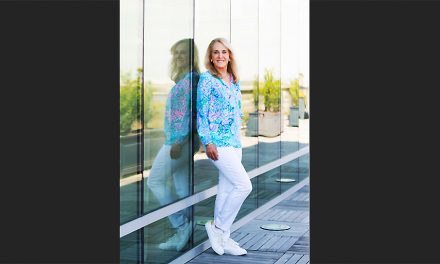