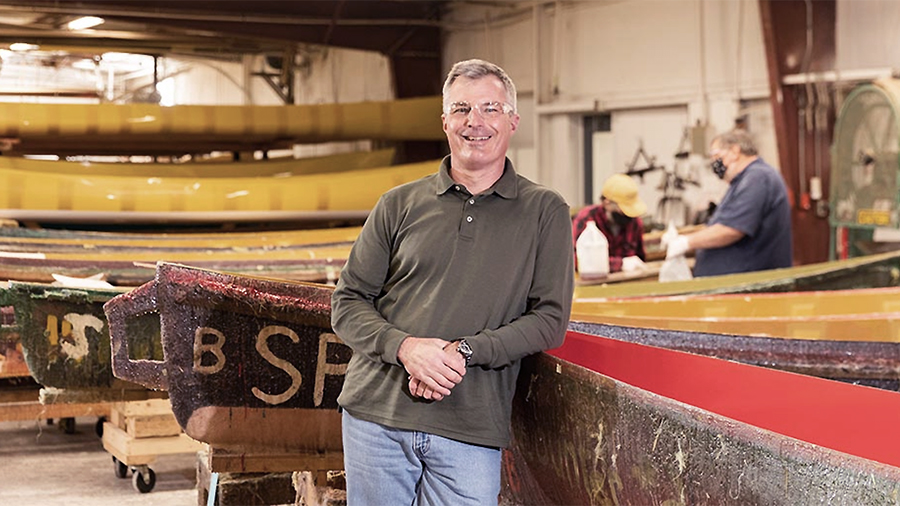 When Wenonah Canoe/Current Designs purchased C4 Waterman from founders Todd Bradley and Brian Keaulana in 2014, the company’s first priority was to switch its retailer-based business model to direct-to-consumer. While the move decreased the brand’s presence in front of customers, it increased its margins while reducing certain expenses. It also improved global access to C4’s products and helped the brand gain synergies from Wenonah’s supply chain management while increasing sister company Wenonah Canoe’s distribution network.

Fast forward seven years, and the company has bigger fish to fry, with the pandemic creating havoc with its supply chain, shipping and big-box retailers like Amazon undercutting its business. But the company’s DTC model is still intact, even if its inventory, supply chain and shipping systems are in flux.

SGB Executive spoke with Kueper to hear how its DTC model is working, which led to a conversation about other issues plaguing the once-thriving SUP category.

Things were good in the early days, Kueper said, with the market “ripe for the picking. It was the snowboard industry on steroids,” he added. “Anyone could throw down $60,000 and create a brand.”

Rather than do that, the company purchased a venerable brand, Hawaii-based C4 Waterman, which pioneered the inflatable SUP category. Wenonah Canoe founder Mike Cichanowski was smitten with the company from the start, believing in the brand enough to help them launch it. With Wenonah’s products carried by 400 retailers worldwide and synergies on everything from the supply chain to shipping, Cichanowski said, “What was a shared ohana between our companies became a formal marriage.”

But then more inflatable SUP players entered the market, from smaller companies like Hala, BadFish, Isle, Red, and SOL to larger companies like Body Glove, NRS. While the category was and continues to grow, it also quickly became saturated with manufacturers. Add in competition from price-point big-box retailers and monolithic online platforms like Amazon, and the playing field has become more complex.

“Pre-COVID life was pretty good,” said Kueper. “We could handle the freight costs in and outbound, and it was a good value proposition for everyone, but now it’s just not very attractive.”

On top of market saturation and COVID-induced supply-side issues, the most recent blow has been shipping costs. “It just happened early to mid-summer this year,” said Kueper. “Until then, we limited only by availability, but it wasn’t too bad. We could handle that, and it was tolerable. We could deal with the supply-side issues. But now we’re paying three to four times our freight costs to move it door-to-door, and we weren’t finding out about it until the last second. It’s become a tough space to play in. It wasn’t getting any easier pre-COVID, but now it’s even tougher.”

It’s the recent shipping snafus that have become the last straw.

“Shipping is tough—UPS, Fed-X, USPS, everything,” Kueper said. “It’s all through the roof. Anything we ship that’s not using our trucks and trailers is up fourfold. It’s not cost-efficient.”

Earlier, when the company shipped from Asia, he said, it could leverage its fleet. Not anymore. And it’s the final leg that’s caused the most consternation. “It’s that last mile,” he said. “We can get it to a distribution center, but not that last mile. It’s just that last little bit.”

He said that while C4’s DTC model has worked well, saving margin, switching to a retail-based format wouldn’t solve the problem. “If we were to move away from DTC and go to a retail network, then we would have to add 30 percent to 40 percent to cover the retailer’s margin and another 12 percent or so for a sales rep percentage. We would be adding 52 percent,” he said. “Which just isn’t feasible.”

Another problem with the pandemic, he added, is that they have been unable to innovate when you can’t travel to where they manufacture, in Asia. Add in the problem of competing with big-box retailers and online powerhouses like Amazon, and the challenges escalate. “Compared to what people can find on Amazon,” he said, “it’s not looking good. So many “brands” are shipping directly from Amazon.”

To illustrate the point, on the call with Kueper, he gave Amazon a quick search. “Here’s the first one that pops up — $195 with Prime and free delivery by Tuesday. Here’s another for $229. And these are all kits with a pump and paddle. Freight is included right to your door. There’s just no way to compete with that.”

He listed the brands, including companies like Fun Water—which most in the industry have never heard of, but that does not make a difference to the average consumer.

“Someone who is not versed in the sport doesn’t know what they don’t know,” he continued, finding an “expensive” 10’8″ board priced at $449 on Amazon. “They look pretty, and that’s all that matters. The general, uneducated, entry-level consumer doesn’t care what the brand is. Nothing says they’re bad brands; they’re just a lot cheaper than we can make them. There’s not enough margin to place products in the market. If I made them from a reputable factory with everything included, our factory costs would be a lot more.”

He said he’s happy going toe-to-toe with reputable brands, but even with the company’s DTC model, it’s tough with the big box lesser-knowns. “I can compete with the real brands like NRS and Hala, but I can’t against one-third of the most important search engines in the world,” he said. “We’re all in the same market. I’d rather be competing against each other in quality, warranty and customer service than rock-bottom pricing, but most of these buyers don’t care if they get more than a year out of their product.”

One fallout from this is quality. If consumers don’t have a good experience, they won’t become enthusiasts and purchase more. He worries about what he calls “terminal use” customers, who use a sub-par product once and then, unhappy with it, store it under their cabin for years and don’t return, which is painting a wait-and-see picture for the upcoming season.

Despite the surge in demand from the pandemic, with sales escalating, the business side of the equation has had a hard time riding the swell.

“Next year will likely be a sit-out year,” Kueper said. “If we had pre-seasons, we would have taken those in June with the expectation of $6,000 in shipping costs instead of $30,000. But now we can’t commit. We’re not going to pay $30,000 to get 400 boards here. We can’t do that and have a business. Other people with less overhead than us might be able to make it work, but not us. It’s an ugly situation.”

“It will be interesting to see how this year and next play out,” he added. “But there’s no reason to destroy the brand by discounting.”