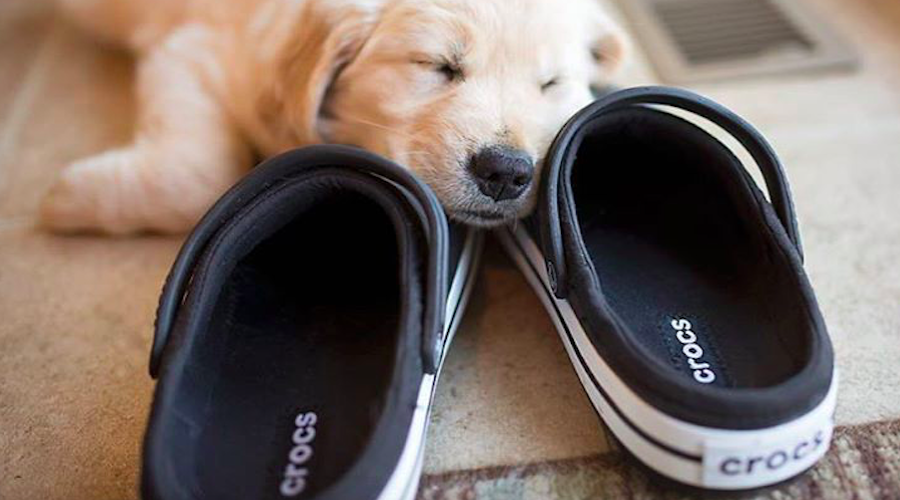 Crocs Inc. (Nasdaq:CROX) greatly improved its bottom-line loss in the third quarter 2016, but its sales slipped and were on the lower end of guidance. The squishy-shoe manufacturer also predicted sales would slide between 7 and 11 percent in the fourth quarter.

The net loss in the quarter, ended September 30, reached $5.4 million, or 7 cents a share, against a deficit of $27.8 million, or 37 cents, in the same period a year ago. Restructuring charges amounted to $3.3 million in the latest period versus $8.6 million a year ago. Excluding charges, the loss in the latest period was trimmed to $2 million versus $19.2 million a year ago. Revenues were down 10.3 percent to $245.9 million and were off 11.6 percent on a currency-neutral basis. Sales were expected to come in the range of $245 million to $255 million.

On a conference call with analysts, Gregg Ribatt, CEO, said results reflect “a generally tepid consumer environment for nonathletic footwear and corresponding retailer caution.” In the U.S., Crocs is being hurt by weakness overall in the nonathletic footwear category. In Europe, economic challenges continue and security concerns have affected tourism and shopping in key markets. In Asia, growth has also moderated, driven predominantly by the economic slowdown in China.

Ribatt, nonetheless, said Crocs is making progress in its rebuilding efforts. Among the highlights was adjusted gross margin in the quarter improving approximately 700 basis points above last year and approximately 200 basis points above its guidance as the company focused on higher-margin molded product and reduced its promotional activities. Inventories were also reduced 11 percent versus last year. The restructuring activities over the last two years have focused on narrowing its product line, closing stores, improving levels for on-time and in-full deliveries, transitioning parts of its China business from challenged distributors and converting sub-scale markets to distributors.

With the benefits from the restructuring, Ribatt expects Crocs will be able to “gain market share and deliver profitable revenue growth over time.” But the company anticipates the retail climate will remain “challenging” in the near term, and Crocs is planning the business “cautiously.”

Wholesale sales in the quarter were down 17.9 percent to $109.1 million and fell 19.7 percent on a currency-neutral basis. The decline reflected fewer sales to discount channels, primarily in Europe and the Americas, as part of efforts to elevate the brand. Sales to Asian distributors, which have faced excess inventories, also declined. At-once orders came in lower than planned as retailers continue to be cautious with open-to-buy dollars and are focused on reducing inventories, officials said.

Retail sales were down 4.1 percent to $107.1 million and were off 5 percent on a currency-neutral basis. Retail comps declined 2.8 percent in the Americas, 5.8 percent in Asia and 0.9 percent at Europe. High-single-digit traffic declines across all regions were partially offset by improved conversion and average prices.

E-commerce sales inched up 0.8 percent to $29.7 million and up 0.2 percent on a currency-neutral basis.

By region, sales in the Americas were down 8 percent to $114.7 million and off 7.5 percent on a currency-neutral basis. Wholesale revenue was down 15.3 percent, driven by lower at-once and reduced discount channel sales. Retail sales in the Americas declined 4.8 percent, reflecting a negative 2.8 percent comp and seven fewer stores as compared to the same period last year. E-commerce revenues were up 2.1 percent, resulting in an Americas DTC comps decline of 1.7 percent.

Adjusted gross margin was 51.2 percent, up 707 basis points from the prior year, due to favorable product mix, less promotional activity, reduced freight cost, inventory adjustments and currency compared to the prior year. SG&A expenses were $122.7 million, down $10.2 million from the prior year, largely reflecting a $18.9 million charge for bad debts in China in 2015, partially offset by higher wages and labor-related costs, additional professional fees and currency.

Product-wise, Ribatt said the brand’s fall/holiday 2016 and spring/summer 2017 collections continue “to improve from a consumer perspective as we leverage learnings from each season, which will better position us for the future.” A highlight for the quarter was its collaboration with Christopher Kane that saw models strut down runways in Crocs at London’s Fashion Week. Future collaborations with the designer are being planned.

The Classic Clog saw double-digit sales growth in the quarter, helped by the white Classic Clog being featured in in Vogue and two successful social media campaigns, officials said.

“For fall/holiday 2016 we have introduced a broad range of new flats around the Lina and Eve lines, which are selling well,” Crocs President Andrew Rees said on the call. “Additionally, we continue to build out key franchises, including Swiftwater, Isabella and CitiLane. We remain focused on disciplined SKU management while building key franchises within improved storytelling.”